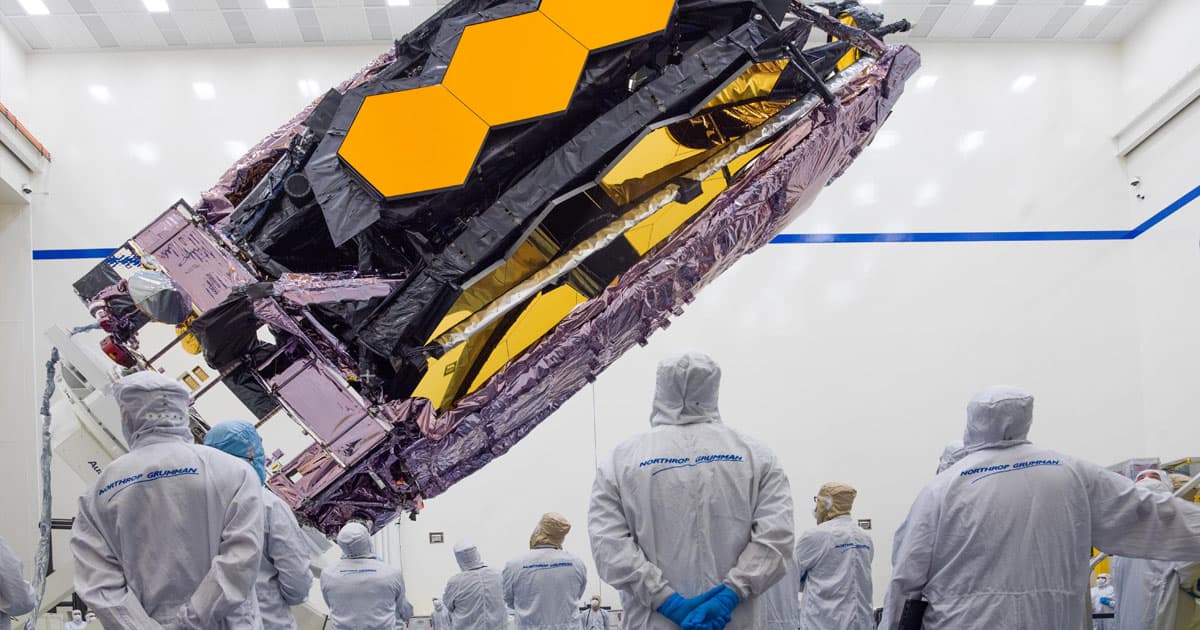 "I am confident the team will do everything they can to prepare Webb to explore our cosmic past."

"I am confident the team will do everything they can to prepare Webb to explore our cosmic past."

After decades of delays and billions of dollar spent, NASA's James Webb Space Telescope is encountering even more hiccups ahead of its launch — and this time, it appears to be plain old human error.

This time, technicians encountered a heart-stopping "incident" while mounting the structure to the Ariane 5 rocket's launch vehicle adapter.

"A sudden, unplanned release of a clamp band — which secures Webb to the launch vehicle adapter — caused a vibration throughout the observatory," a NASA update reads — the very, very last thing anybody wants to hear when it comes to a structure that features an array of mirrors 21 feet across.

The slipup pushed back the launch of the massive space telescope to no earlier than December 22, according to NASA, "to allow for additional testing."

It's still unclear if the orbital observatory was damaged as a result, but NASA says it'll release an update by the end of the week.

The original plan was to launch the James Webb on December 18 on the Arianespace Ariane 5 rocket from the launch site in Kourou, French Guiana.

The telescope, which is anticipated to revolutionize our understanding of the early universe, has been in development for over two decades, with construction and launch being pushed back countless times over the years. Most recently, NASA blamed the COVID-19 pandemic for even further delays.

This week's incident couldn't have come at a worse time, with the launch being less than a month away.

All we can do now is hope that the massive structure survived fully in tact and that NASA can finally move on.

"I am confident the team will do everything they can to prepare Webb to explore our cosmic past," Thomas Zurbuchen, NASA's administrator for the Science Mission Directorate, tweeted on Monday.

"[The observatory] is going to unfold the universe in ways that are unimaginable," he added. "Certainly, this step is worth the wait."