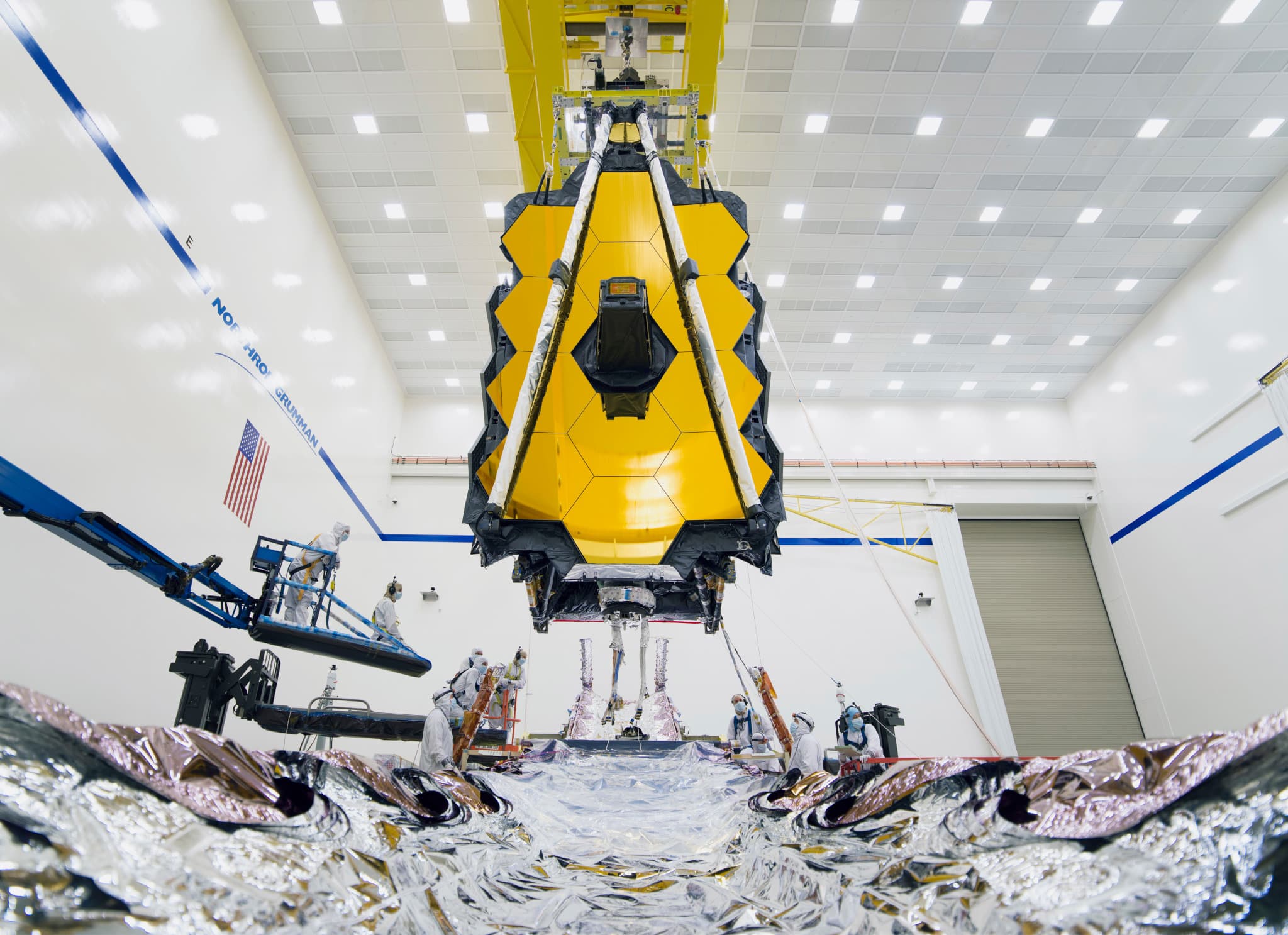 Step aside, influencers. The coolest unboxing video this week isn't a toy or gadget. Instead, it's the mighty James Webb Space Telescope — an orbital observatory so advanced that some experts think it's likely to discover the first evidence of alien life.

Before any of that, though, the giant telescope still needs to get to space. First it was shipped from a Northrop Grumman facility in California through the Panama Canal — in a journey that NASA leadership privately worried could be targeted by pirates — until it finally reached French Guiana, where it's scheduled to be launched on an Ariane 5 rocket in December.

Once it got off the boat, officials towed the extra-wide load to an ESA spaceport, where they donned protective gear and took it out of its enormous box. We can't really do it justice, so just check out the video here:

The space telescope, which is more than 10 meters high and weigh six tons, is the most advanced ever built.

"Webb’s launch campaign involves more than 100 specialists," the ESA wrote in this week's video. "Teams will work separately to prepare the telescope and the launch vehicle until they become one combined team to join the telescope with its rocket for a momentous liftoff."

As extraordinary as the telescope is on a technical level, though, it's not without controversy. James Webb, the NASA administrator after whom the orbital observatory is named, presided over the space agency during an era in which it conducted witch hunts against gay employees.

Scientists at NASA and abroad objected to the name, which was foisted on the project well after it started, but to no avail — leading one NASA adviser to resign in protest.

Problematic name or not, though, the telescope is scheduled to head to space next month — and its naming controversy doesn't undercut the extraordinary work on it by scientists around the world, nor the scientific research that will be done with it.