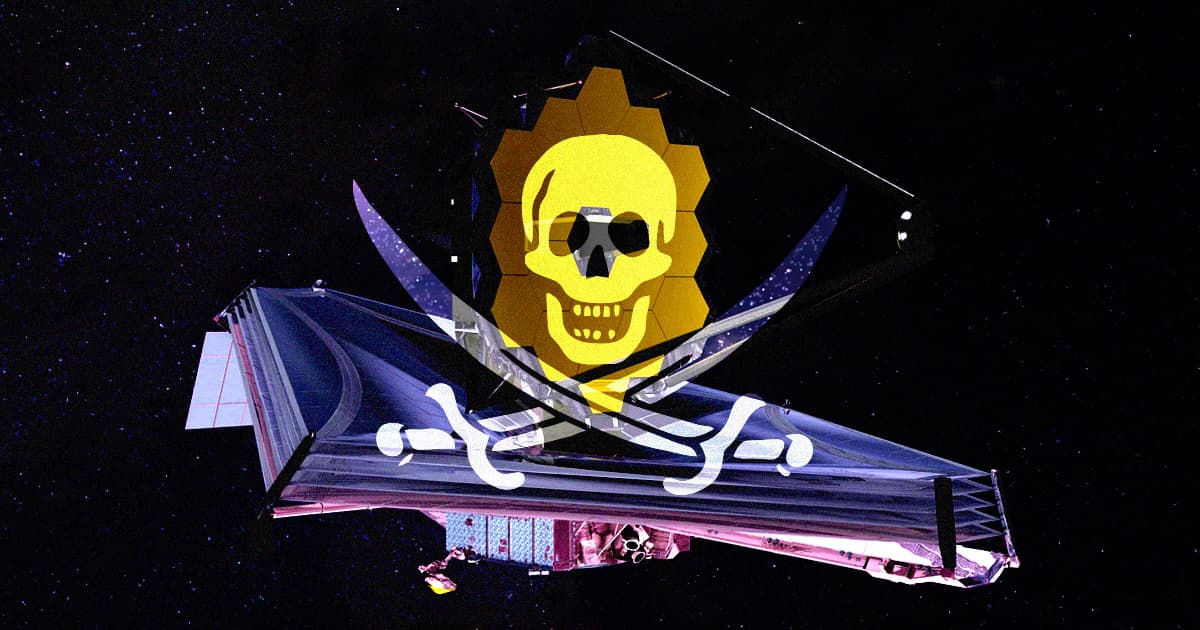 It would be quite the heist.

It would be quite the heist.

At a recent meeting about NASA's James Webb space telescope, engineers voiced their concerns about pirates, The Atlantic reports.

No, we're unfortunately not talking about space pirates. They're worried about plain-old sea-based pirates instead.

The massive space telescope, featuring a 21 foot mirror, and a tennis court-sized protective cage, is far too large to stick inside a plane.

Instead, NASA will have to ship the massive mirror right through the Panama Canal for its eventual launch in French Guiana — and NASA is worried that the journey could attract robbers.

The shipping time and location will be hush-hush to ward off any extremely ambitious thieves. All we know is that it will sail off in late summer.

"Why would you announce that you’re going to be shipping on a certain day something that is worth over $10 billion," meeting attendee Christopher Conselice, an astrophysicist at the University of Manchester, told The Atlantic, "that you could easily put in a boat?"

It's an especially harrowing sea passage for a project that has been going on for over two decades. NASA has poured almost $10 billion into the project over that time period.

It would be quite the booty for any pirate willing to risk their lives. The telescope's honeycomb-shaped mirrors are lined with gold.

Surprisingly, it wouldn't be the first heist of its kind. In 1984, a steel structure for the James Clerk Maxwell Telescope was kidnapped by its cargo vessel's commercial captain, as The Atlantic points out. The captain later asked for a ransom, but was instead arrested at gunpoint at customs.

READ MORE: Who Would Kidnap a Space Telescope? [The Atlantic]

More on the James Webb: James Webb Hated Gay People. Why Are We Naming a Telescope After Him?