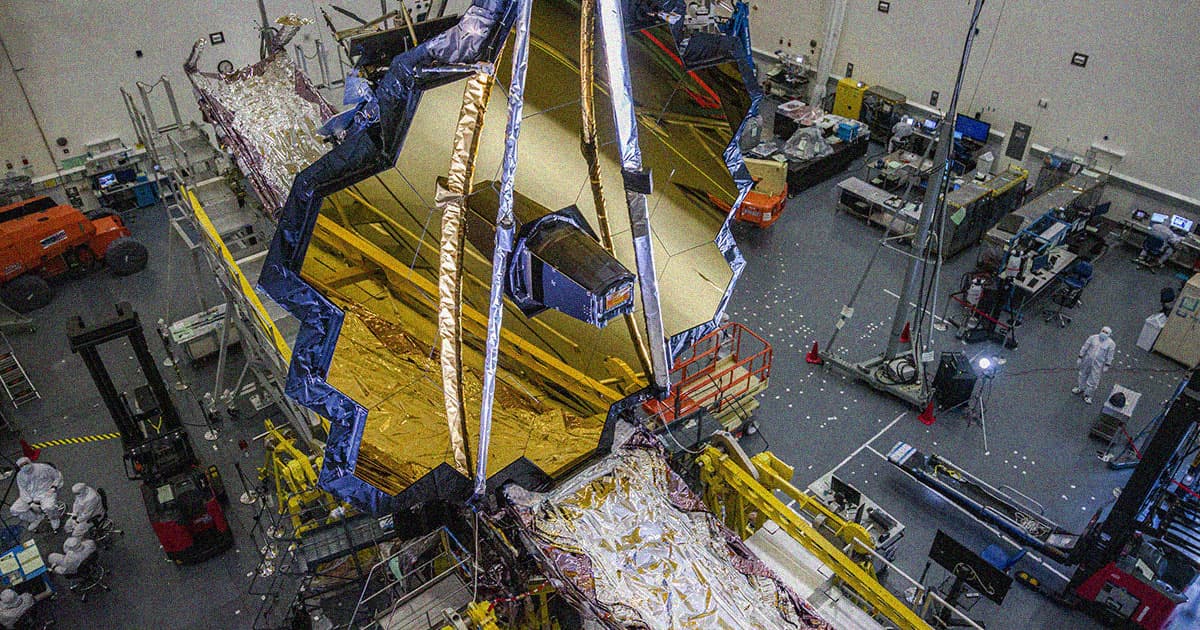 It took 10 whole days to fuel it up due to how dangerous the propellant is.

It took 10 whole days to fuel it up due to how dangerous the propellant is.

The James Webb Space Telescope is all fueled up and ready to go.

NASA announced on Monday that the controversial spacecraft has been loaded with a propellant it’ll use for its thrusters to move around while in orbit, according to a blog post from the agency. These thrusters will be crucial as the craft makes precise course corrections shortly after launch.

"The loading of propellants into the Webb observatory is complete at the Arianespace launch facilities in Kourou, French Guiana," Randy Kimble, the Webb’s integration, test and commissioning project scientist, said in a separate update. "This is an important step in the path toward launch."

The telescope is slated to launch later this month from Europe’s spaceport in French Guiana. The craft will be placed on an Ariane 5, a European heavy-lift launch vehicle operated by the European Space Agency, which will yeet it to its new home in orbit.

Fueling the telescope itself was an incredibly delicate procedure, as the propellants are extremely toxic. In fact, it took 10 days in order to pressurize the Webb's propellant tanks all the way.

While the telescope is expected to provide the clearest and furthest views into space ever, it has attracted a ton of controversy due to its namesake: former NASA administrator James Webb.

He’s believed to have played a role in ostracizing LGBT+ employees in the agency, and played a large role in developing methods of psychological warfare for the US government. However, NASA said that it discovered no strong reason to change the telescope’s name after an investigation.

Still, the Webb will be the most advanced orbital observatory in history when it launches. It’s so sophisticated that some even believe it’ll discover evidence of human life — which almost makes up for its terrible name. Almost.

More on the Webb: Influential Astronomers Call Out NASA for Telescope with Offensive Name