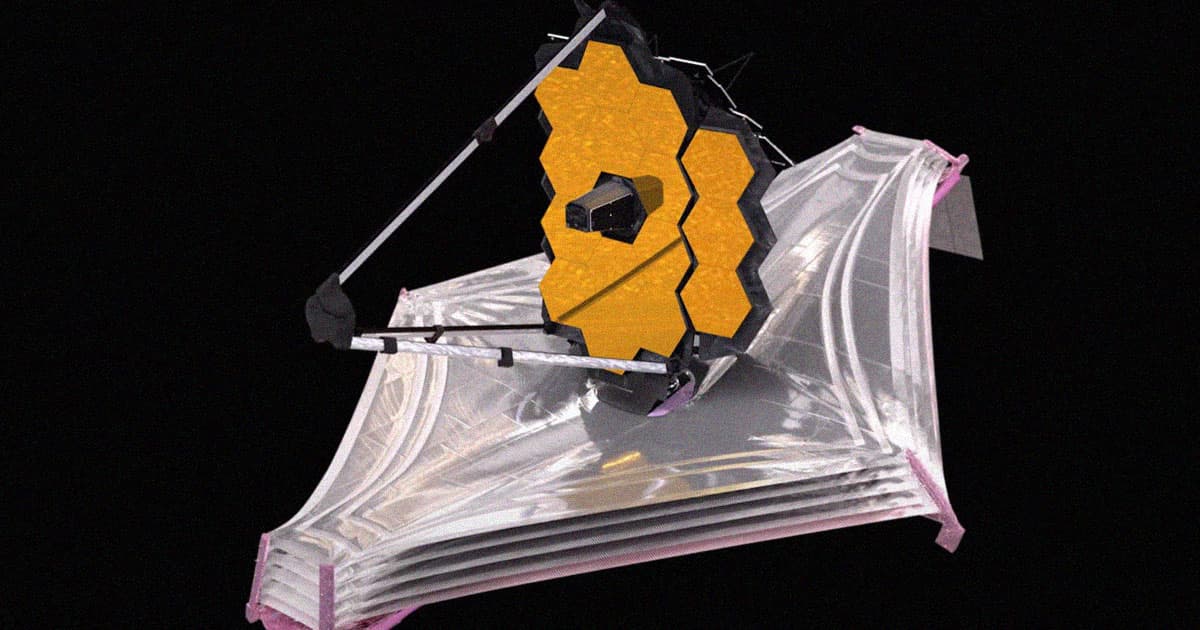 The James Webb Telescope Just Rolled Out Its First Mirror

"We actually have a telescope."

"We actually have a telescope."

In spite of years of repeated delays, the James Webb Space Telescope seems to be chugging along now that it's finally in space following a Christmas day launch.

And now, just a day after successfully deploying the telescope's giant five-layer sunshield, NASA is latching the controversially-named telescope's long-armed secondary mirror into place as the project, decades in the making, prepares to start observing the universe from a solar orbit.

During a livestream of the event, NASA program manager Bill Ochs called the mirror's deployment "another banner day for the JWST."

"We actually have a telescope," Ochs gushed.

This renewed sense of momentum comes after months of touch-and-go for the JWST, the schedule of which repeatedly "slipped" — NASAspeak for delays — due to everything from technical glitches to mysterious "incidents."

The JWST's development has cost tens of billions of dollars and been extended through a whopping five presidencies since its initial designs were released in the 1990s.

But now that the telescope is finally in space, as CBS space reporter William Harwood noted, there's only three more major deployments needed to get the telescope all set up. Of course, it still needs to deploy its primary mirrors — so fingers crossed that process goes smoothly as well.

It's been a wild ride following the rollercoaster that is the final stages of the JWST. And we, along with other spaceflight stans, are on the edge of our seats to see the first images from this amazing device.