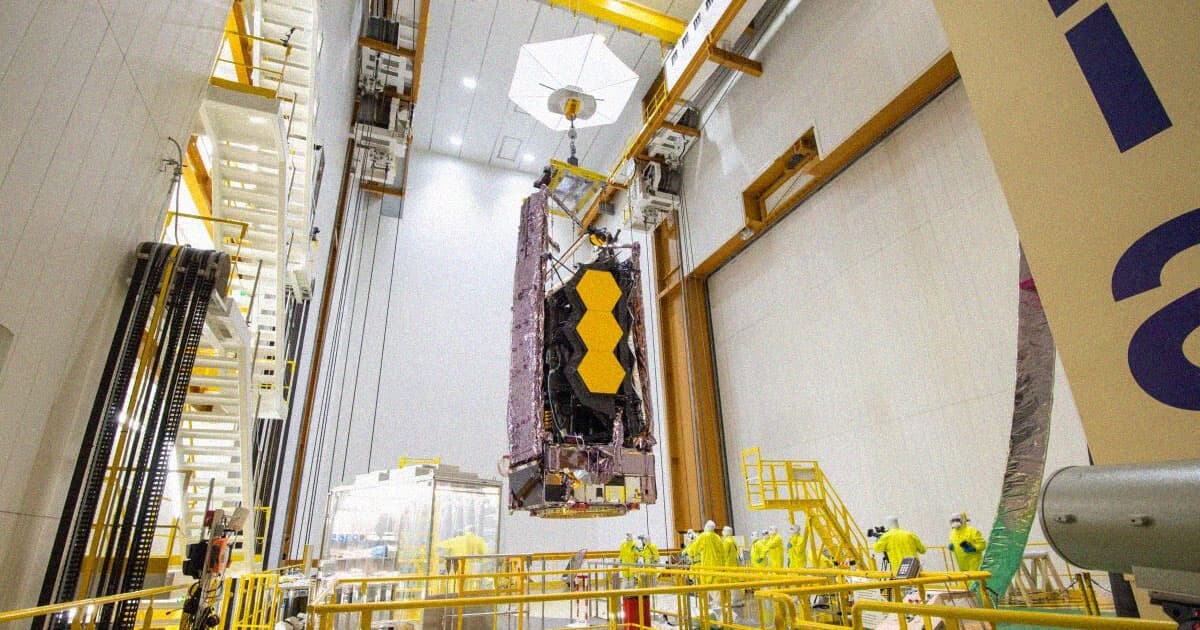 The telescope is now set to launch no earlier than December 24.

The telescope is now set to launch no earlier than December 24.

Well, turns out those scientists were right to be nervous.

NASA delayed the launch of the James Webb Space Telescope (JWST) on Tuesday after engineers discovered a communications glitch “between the observatory and the launch vehicle system,” according to a blog update from the agency. Thomas Zurbuchen, associate admin for NASA’s science mission directorate, told Spaceflight Now that it’s likely a ground support issue.

“The way to think about it is it’s a ground support equipment thing,” Zurbuchen told the website. “Basically, the data cables are dropping out of frame.”

The JWST’s launch will now be set for no earlier than December 24, with the agency announcing the official date no later than this Friday — which, in a festive twist, raises the possibility of a Christmas Eve or Christmas Day launch.

The Webb mission is an enormous undertaking by NASA, has cost almost $10 billion, and has taken more than two decades to get to this point. It’s also set to give the world the clearest and furthest views into space ever. So, unsurprisingly, its launch has more than a few people nervous — and eager for updates.

In fact, NASA has drawn some criticism due to what’s been seen as a lack of communication regarding the Webb’s launch.

“If ever a flight warranted more frequent updates, JWST is it,” William Harwood, space reporter for CBS News, said in a tweet.

“1000 percent agree,” Irene Klotz, space editor for Aviation Week, said in a reply. “NASA should be setting the standard for transparency and forthrightness in communications, especially with a mission of this significance.”

For now, we’ll just have to wait until NASA announces the new launch date. The ambitious mission has everyone a little on edge — and rightfully so. Hopefully, though, we’ll all get the gift of a brand spankin’ new space observatory safe in space for Christmas.

More on the Webb: Scientists Are “Terrified” of NASA’s James Webb Telescope Launch