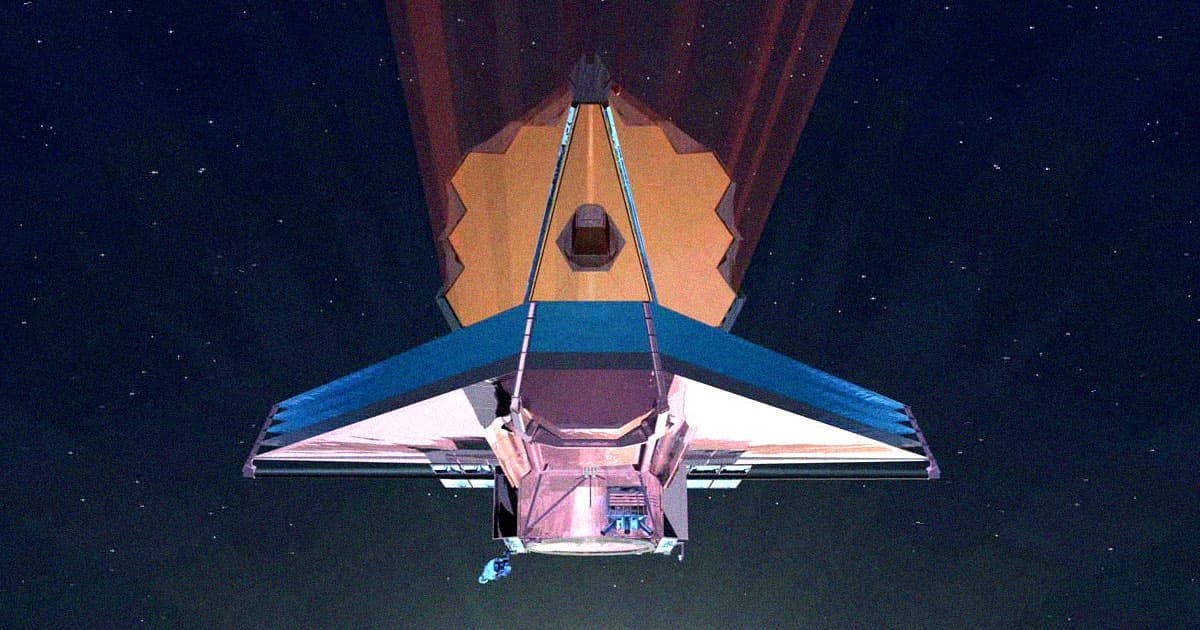 But it needs to clear one last hurdle first.

But it needs to clear one last hurdle first.

The hotly-anticipated spacecraft is arriving at its final destination on Monday, capping off decades of feverish anticipation, delayed launches, and plenty of meme fodder. The JWST will now orbit Lagrange Point 2 (L2), a region of space roughly one million miles away from Earth.

From there, it’ll chaotically orbit around the Sun while snapping the most detailed and perhaps revelatory images of deep space in human history.

Don’t pop the champagne quite yet, though. NASA still needs to conduct a thruster burn to make sure the Webb lands in the right position in L2.

The agency said that "ground teams plan to fire Webb’s thrusters at 2 pm ET" today, according to a press release. For all intents and purposes, this delicate procedure will be the final hurdle on telescope's month-long journey. Once cleared, the Webb will be able to use minimal fuel to remain in its orbit for good.

Unlike past JWST milestones, NASA won’t be conducting a live stream of mission control. Instead, the agency will be hosting a teleconference at 3pm ET once the burn is successfully finished.

Hopefully, they'll be giving us a lot of hype about the insights that the JWST will provide us about our universe — and not announcing some catastrophic failure that occurred during the final burn.

You can check that out in the stream below:

Hall Effect
Test Suggests Ion Thrusters Could Power Crewed Interplanetary Missions
Jan 29
Read More
Shoo
Scientists Warn Giant Asteroid Is Actually Swarm, Nearly Impossible to Destroy
Jan 24
Read More
A Sip of Opal
NASA Discovers Precious Gemstones on Mars
Jan 9
Read More
+Social+Newsletter
TopicsAbout UsContact Us
Copyright ©, Camden Media Inc All Rights Reserved. See our User Agreement, Privacy Policy and Data Use Policy. The material on this site may not be reproduced, distributed, transmitted, cached or otherwise used, except with prior written permission of Futurism. Articles may contain affiliate links which enable us to share in the revenue of any purchases made.
Fonts by Typekit and Monotype.