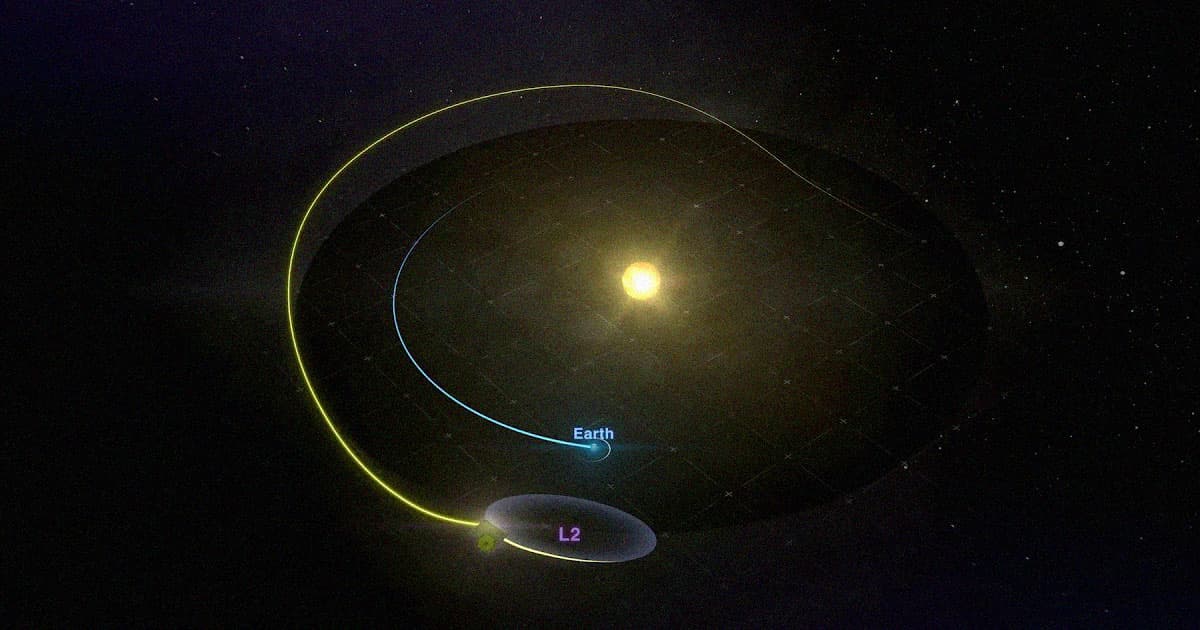 There's method to the madness.

There's method to the madness.

NASA's next generation James Webb Space Telescope is slowly making its way to its final orbit around the Sun, roughly 1 million miles from Earth. As seen in an official NASA animation, it'll end up in a seemingly chaotic trip around the solar system that'll involve a series of bona fide loop-the-loops — but of course, there's plenty of method to the madness.

The telescope will be orbiting the Sun at a rarefied spot in our solar system: the second Lagrange point, known as L2. At this particular location, the telescope is capable of keeping the Earth between it and the Sun, as NASA explains.

If everything goes according to plan, the observatory will get to that point towards the end of this month.

There are numerous reasons why NASA chose L2 to park its expensive space telescope. The point allows it to not get scorched by the Sun's harmful rays, because it can keep its massive sunshield pointed at our star at all times.

The telescope has a hot and a cold side, with the former reaching a balmy 185 degrees Fahrenheit, while the cold side where its scientific instruments are stashed can plummet down to -388 Fahrenheit, according to NASA — a massive temperature differential.

Since the JWST will be facing the Earth at all times, keeping in touch with the telescope will be relatively straightforward. It will be able to up and downlink twice a day, connecting to three large antennas across three different continents back on Earth.

The observatory still has a lot of ground to cover until it will get to its orbit, where it will spend at least the next ten years. But given that everything so far is more or less going according to plan, it should have no trouble getting the rest of the way there.

More on the telescope: This Might Be the Last We Ever See of the James Webb Space Telescope