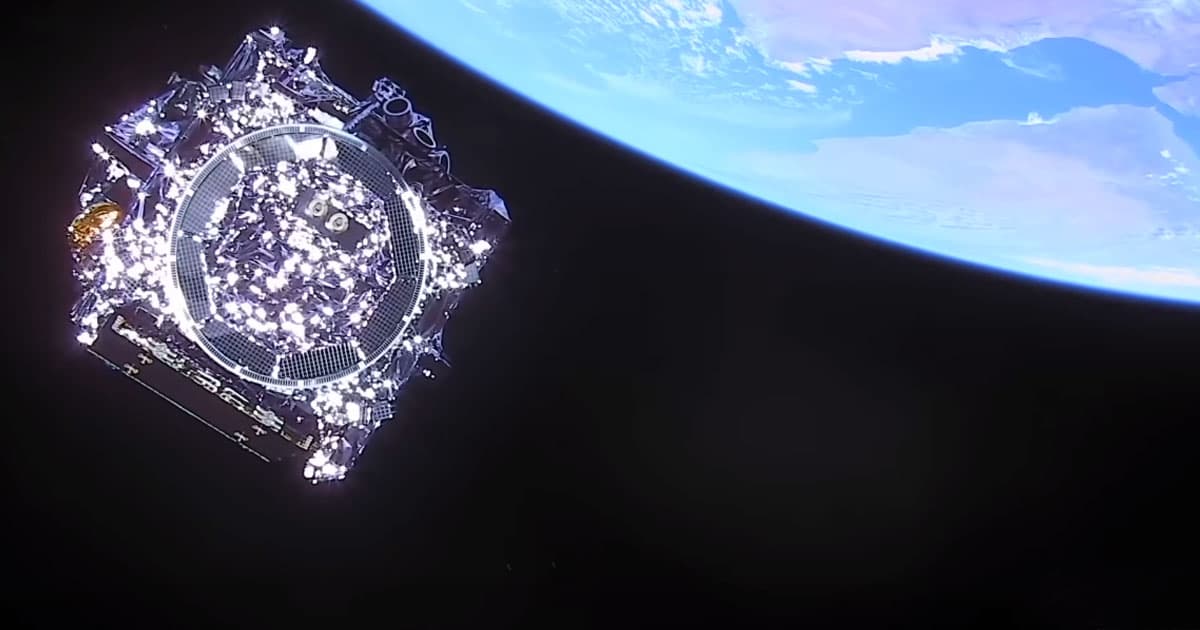 It's been a wild ride.

It's been a wild ride.

What a long, strange trip it's been for the James Webb Space Telescope — which, with its recent launch into space, may never be seen by "local" cameras again.

As Space.com noted, the high definition video of the JWST being deployed from the Ariane 5 rocket that launched it is likely the last time the telescope will be near enough to photograph, as it makes its way nearly a million miles away from Earth so it can document young galaxies with less interference.

As if set to Gustav Holst (though the European Space Agency instead chose to set it to nondescript electronica), the breathtaking video of the JWST separating from Ariane 5 shows the uber-expensive telescope slowly drifting further and further away from its home planet, never to return. Particularly poignant is the moment it unfurls its solar panel about halfway through the three-minute video.

In the days since its Christmas launch, the JWST — named for a former NASA administrator and State Department flunky who was instrumental in purging gay people from government — has had a number of in-space successes already, including the deployment of its sun shield, secondary mirror.

"We actually have a telescope," NASA program manager Bill Ochs said after yesterday's secondary mirror deployment — a feat, given that the telescope has been plagued by delay after delay.

The telescope is nearly one million kilometers away from earth already (roughly two-thirds of the way to its ultimate destination) and only has three more major deployments to go — one of which is set to happen today — to get the telescope into full operational mode.

The JWST is on its way to fulfilling potential that has been decades and tens of billions of dollars in the making, and seeing it leave us after all that time, money, and energy spent is naturally quite bittersweet.

READ MORE: This amazing HD video is the last view we'll ever have of the James Webb Space Telescope [Space.com]