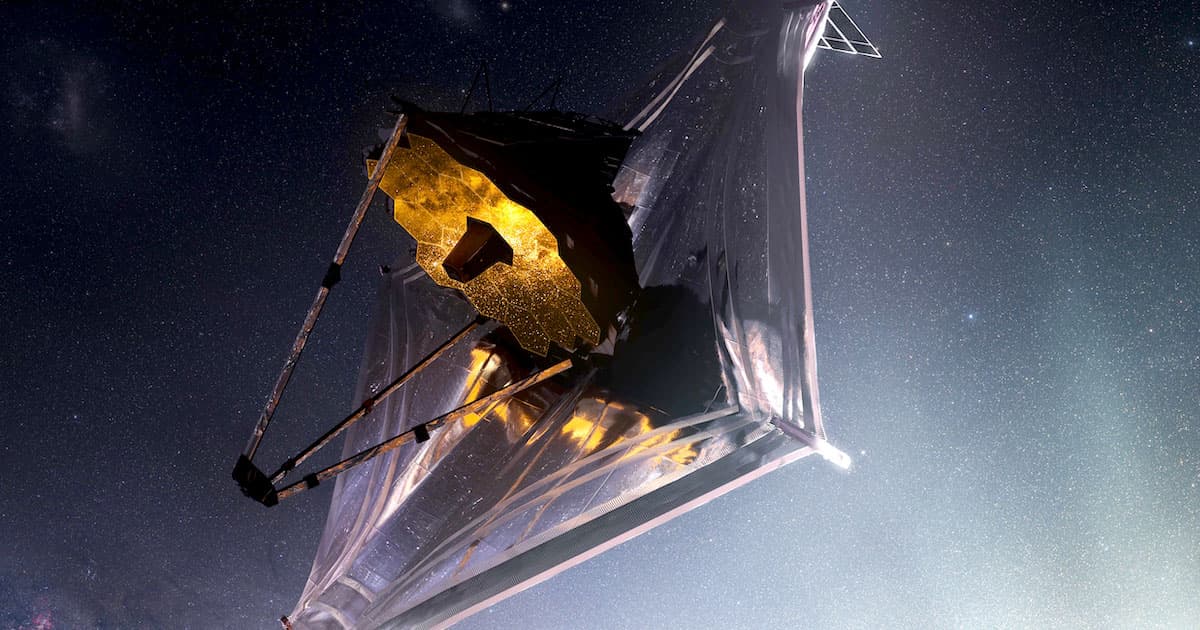 NASA's James Webb Space Telescope is "fully deployed," according to the agency's science administrator Thomas Zurbuchen — and that's certainly a reason to celebrate after decades of hard work and a ten billion dollar price tag.

But the massive space observatory isn't out of the woods just yet. As it spins around the Sun in a chaotic orbit, it will likely encounter plenty of space debris along the way — and an impact, its team says, is likely inevitable.

"Some small impacts from micrometeorites will happen," NASA Goddard Space Flight Center scientist Michelle Thaller said during a livestream over the weekend. "You know, over the lifetime of the mission there will be some damage to the mirrors of the telescope."

The telescope itself is indeed vulnerable, but the team says it's likely it'll be able to survive some damage.

"Let’s say a piece of debris hits it," said Julie Van Campen, a NASA engineer, during the stream. "And then we had a problem like that broke a mirror."

In terms of protection, there's "not much," she explained. "What you see is what you get."

However, Van Campen said, if a micrometeor were to rip a tear into the telescope's protective sunshield there would be at least four more layers to keep the shield together.

"It was part of our lifetime calculations," she added.

Things could get pretty hairy for the JWST team back on the ground, though, as there is no way to actually service the observatory in person. That's unlike NASA's Hubble Space Telescope, which the agency's Space Shuttle visited five times between 1993 and 2009 for repairs and upgrades.

But there's one crucial difference: Hubble was operating in a much more cluttered orbit in low-Earth orbit. The JWST will be orbiting the Sun at L2 (Lagrange Point 2), a far more distant location that allows it to form a straight line with the Earth and Sun.

"It’s actually a very nice place to be," Thaller explained during the stream, adding that it is a "cleaner place when it comes to space junk."

Fortunately, engineers have thought ahead and also built in some additional redundancies. The telescope's mirrors, for instance, are designed to take some damage without forcing its scientific endeavors to grind to halt.

NASA has set the ambitious goal of having the JWST last for at least ten years, a number that's primarily limited by the amount of fuel the telescope needs to keep itself in orbit and running its instruments.

For now, the pressure is off. Engineers pulled off a huge feat with the telescope's unfolding, a harrowing process that involves hundreds of steps.

But space debris and meteorites will always be a threat — even when extra precautions are being taken.

Updated to correct cost of the James Webb Space Telescope.