If you can't see a dangerous space rock, how can you stop it? 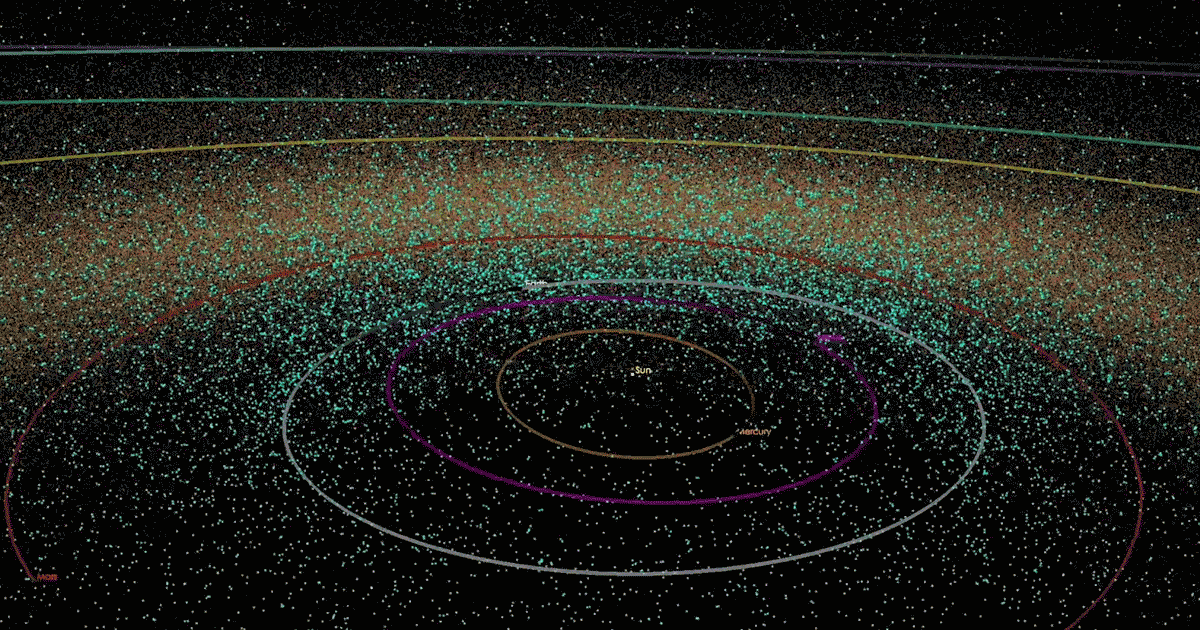 SpaceX's Starlink satellites could cost us more than a clear view of the stars.

Astronomers have told Axios they fear the mega-constellation of tiny satellites could make it harder to spot asteroids near Earth — and that could mean they might not see one on a collision course with our planet in time to stop it.

Eventually, SpaceX hopes to have thousands of Starlink satellites in Earth's orbit as part of its plan to provide the world with internet access. So far, though, the constellation consists of just 120 satellites — but even that relatively low number has been enough to impede astronomers' view of the night sky.

"Wow!! I am in shock!!" astronomer Clarae Martínez-Vázquez tweeted in November. "The huge amount of Starlink satellites crossed our skies tonight at @cerrotololo. Our [Dark Energy Camera] exposure was heavily affected by 19 of them!"

While most asteroids are harmless, even SpaceX's own CEO Elon Musk has predicted that "a big rock will hit Earth eventually."

Even a relatively small space rock can cause tremendous damage if it makes impact with the Earth — and spotting them is already difficult. As Starlink grows, the light from the satellites could make detecting asteroids even harder, experts told Axios.

Now that it appears too late to stop SpaceX from moving forward with Starlink, astronomers may be left with no choice but to develop new — and potentially costly — detection methods. Those might include space-based asteroid-detecting telescopes, they told Axios, or software that can account for SpaceX's satellites in images produced by ground-based telescopes.

"The astronomy community dropped the ball," astronomer Jonathan McDowell told Axios. "We should have been on this 10 years ago and we didn't see it coming."

Read This Next
Future Fiction
Scientists Propose Building City Inside Giant Bag Around Entire Asteroid
Shot Well
Head of NASA Relieved to Hear Elon Musk Isn't REALLY Running SpaceX
Makeover Scene
Space Tourist Says He's Thinking About Flying SpaceX Craft Up to Fix Hubble
Grain of Salt
There's a Huge Problem With Elon Musk's Promise to Bring Starlink to Iran
Sluggo Mode
SpaceX Has a Major Problem With Its Starlink Internet Connections
More on Off World
Light Me Up
Yesterday on the byte
Wall of Lasers Cuts Across Hawaii's Night Sky
Water Sign
Yesterday on the byte
Scientists Find New Evidence of Hidden Ocean World in Our Solar System
Trashing Orbit
Thursday on the byte
Elon Musk Says SpaceX May Build Starship That Dies on Purpose
READ MORE STORIES ABOUT / Off World
Keep up.
Subscribe to our daily newsletter to keep in touch with the subjects shaping our future.
+Social+Newsletter
TopicsAbout UsContact Us
Copyright ©, Camden Media Inc All Rights Reserved. See our User Agreement, Privacy Policy and Data Use Policy. The material on this site may not be reproduced, distributed, transmitted, cached or otherwise used, except with prior written permission of Futurism. Articles may contain affiliate links which enable us to share in the revenue of any purchases made.
Fonts by Typekit and Monotype.