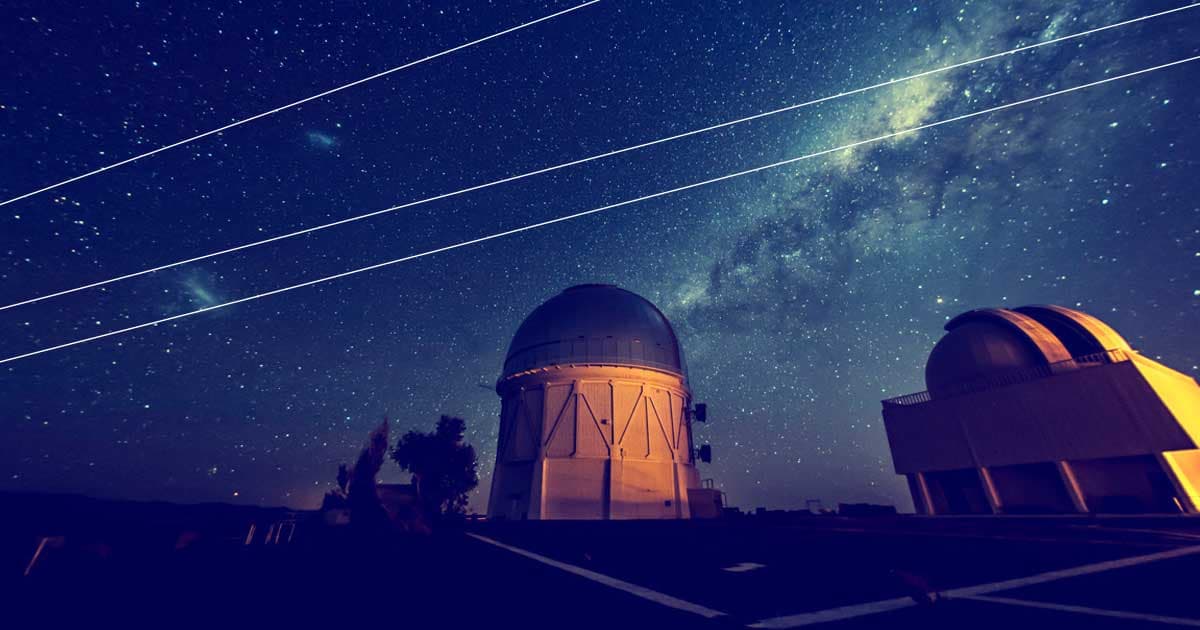 "Rather depressing… This is not cool!"

"Rather depressing… This is not cool!"

Elon Musk’s spacetech company SpaceX is trying to bring broadband to the globe by sending up to 12,000 tiny satellites into low-Earth orbit. But not everybody is thrilled.

Astronomers are finding that the 122 satellites SpaceX has launched so far are already ruining the night sky, showing up as extremely bright trails of light in observations.

“Wow!! I am in shock!!,” tweeted Clarae Martínez-Vázquez, an astronomer at Cerro Tololo Inter-American Observatory in northern Chile. “The huge amount of Starlink satellites crossed our skies tonight at @cerrotololo. Our [Dark Energy Camera] exposure was heavily affected by 19 of them!”

The space company sent 60 new Starlink micro-satellites into low-Earth orbit on November 11, and many more launches are planned. Last year, the Federal Communications Commission approved SpaceX’s request to launch an additional 7,518 satellites, bringing up the total of approved units up to almost 12,000.

That means that if SpaceX sticks to its plan, the issue is only going to get worse.

“The train of Starlink satellites lasted for over 5 minutes!! Rather depressing… This is not cool!” added Martínez-Vázquez.

The International Astronomical Union highlighted the issue in a June statement, arguing that the reflective Starlink satellites could “be detrimental to the sensitive capabilities of large ground-based astronomical telescopes” and that “aggregate radio signals emitted from the satellite constellations can still threaten astronomical observations at radio wavelengths.”

Some astronomers are even turning the problem into a meme.

"To `starlink' a picture – to add satellite-like trails to a photograph, for added pizzazz"

Example: "Look, Leonardo, I starlinked Mona Lisa for you!" pic.twitter.com/oyhonJuwHZ