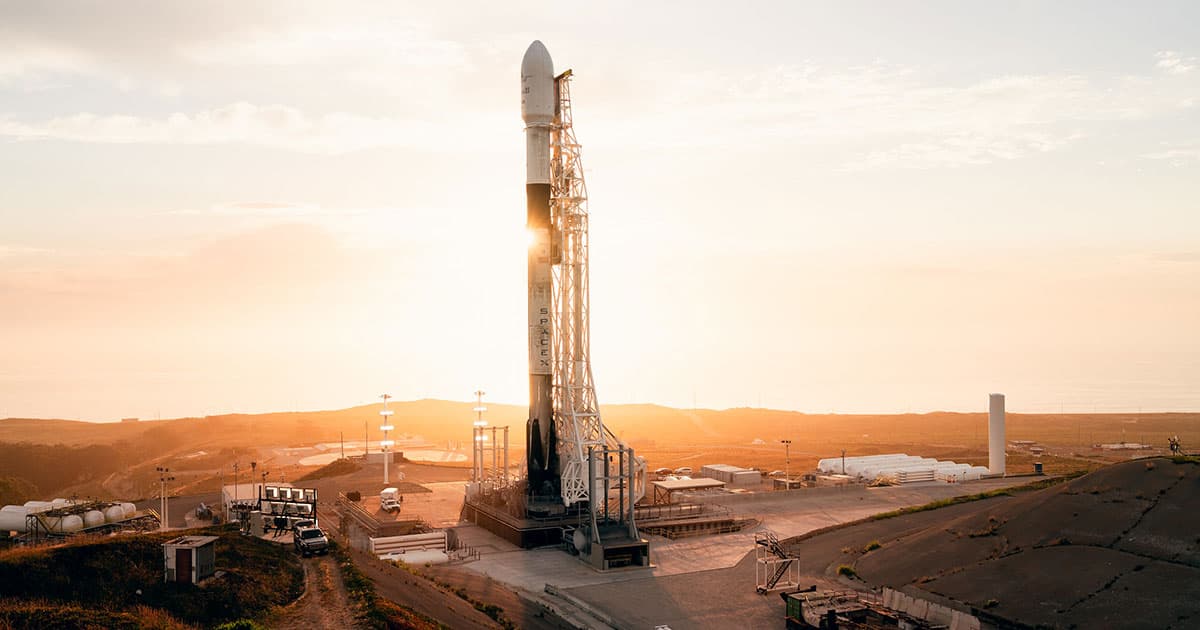 60 down. Thousands more to go.

60 down. Thousands more to go.

Its payload: 60 small satellites that will eventually team up with thousands more as part of the Starlink constellation, SpaceX's plan to beam internet connectivity to the entire globe. The delivery mission, the company says, went off without a hitch.

These aren't the first Starlink satellites to reach Earth's orbit. However, the batch of 60 SpaceX delivered in May were for testing purposes, while the latest 60 will be the first to contribute to the commercial Starlink network.

That isn't the only reason this launch was notable, either. It was the fourth flight for the mission's Falcon 9 rocket booster — a SpaceX reusability record — and the successful recovery of the booster via a drone ship in the Atlantic Ocean means SpaceX could even use it again.

The mission's fairing was also used once previously, making this the first time any space company has reused a rocket’s nosecone.

Falcon 9 first stage has landed on the Of Course I Still Love You droneship – the fourth launch and landing of this booster pic.twitter.com/qQvH7pwMDO

SpaceX's goal now is to complete five more similar launches of satellites, according to TechCrunch, so that it can begin providing customers in the U.S. and Canada with Starlink-powered internet service in 2020.

After that, the company will continue to send more satellites into orbit for a total of 24 deployments, with the goal of having the Starlink constellation ready to provide internet service globally in 2021.