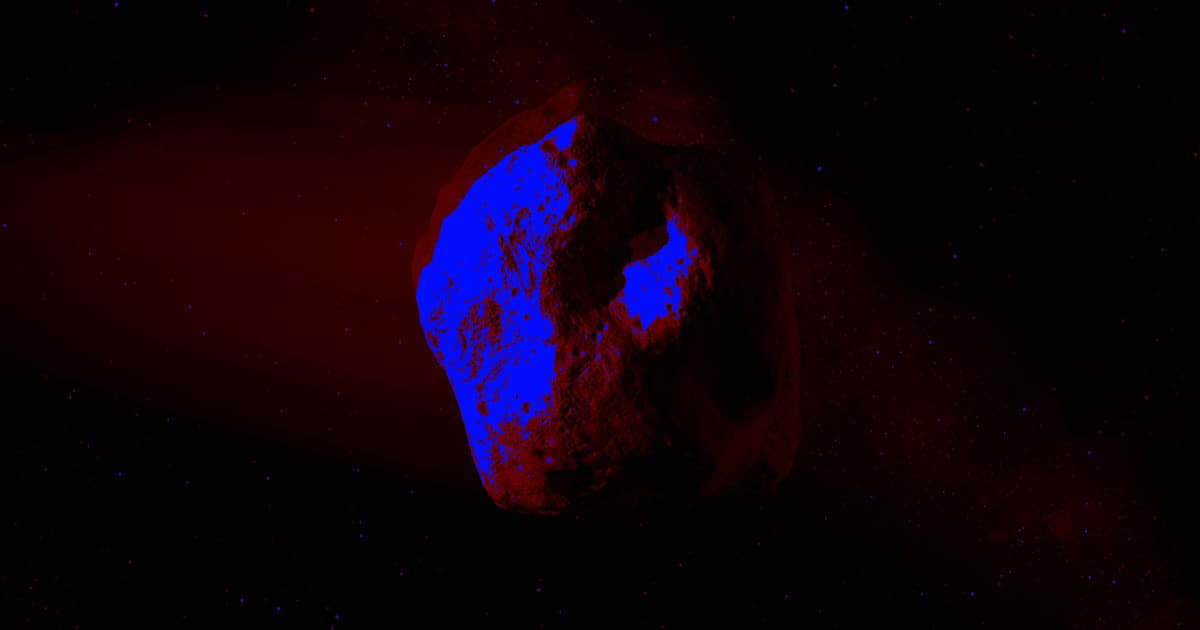 After suggesting that we should nuke Mars to terraform it, SpaceX CEO Elon Musk took to Twitter yesterday to warn us all that "a big rock will hit Earth eventually and we currently have no defense."

The ominous warning came in reply to podcast personality Joe Rogan, who shared an article by The Daily Express, a British tabloid newspaper, about asteroid Apophis, warning of an imminent "asteroid shock" — a sensationalist spin of a harmless cosmic event.

Apophis is a 370-meter in diameter near-Earth asteroid, first spotted in 2004, that could hit the Earth in 2029 — but only with a probability of well under three percent. It is nonetheless categorized as a "Potentially Hazardous Asteroid" by NASA and considered an unlikely but worrisome space hazard.

NASA had discussed the asteroid at this year's 2019 Planetary Defense Conference back in April, noting that Apophis will "cruise harmlessly by Earth, about 19,000 miles (31,000 kilometers) above the surface," according to a blog post by NASA's Jet Propulsion Laboratory (JPL).

In fact, it'll pass so close, that its gravity could affect Earth.

"It is possible that there will be some surface changes, like small avalanches," Davide Farnocchia, an astronomer at JPL's Center for Near Earth Objects Studies, said in the blog post.

While the Express article mentioned that "NASA is preparing for 'colossal God of Chaos' rock" — a headline that could easily be read as NASA preparing for the worst "Armageddon"-style by unsuspecting tabloid readers, the reality is substantially different. Scientists at JPL had discussed sending a small spacecraft to meet Apophis as it sails by.

"The Apophis close approach in 2029 will be an incredible opportunity for science," said Marina Brozovi, a JPL radar scientist, in a statement in April. "We'll observe the asteroid with both optical and radar telescopes. With radar observations, we might be able to see surface details that are only a few meters in size."

That doesn't mean Musk is wrong, though. His comments come, for instance, after a "city killer" asteroid of immense proportions whizzed past Earth almost completely undetected by astronomers last month.

Still, we're not quite as defenseless as Musk suggested. One of NASA's upcoming missions, for example, is planning to smash a probe into a distant asteroid at 13,500 mph to deflect it away from Earth.

The team behind the mission dubbed "Double Asteroid Redirection Test" — the first ever mission to come out of NASA's Planetary Defense Coordination Office — revealed parts of its new spacecraft in July, a column of honeycomb structured aluminum that will later be outfitted with massive solar arrays.

The plan is to launch the spacecraft aboard a SpaceX Falcon 9 rocket — ironic, considering Musk's stance on the subject — from the Vandenberg Air Force Base in California in 2021.

Editor's note 8/19: An earlier version of this story incorrectly claimed that the asteroid Apophis could come closer to Earth than the International Space Station. It has been updated.

Sir!
Elon Musk: "Doesn’t Seem to Be Any Life in This Solar System"
10. 16. 20
Read More
Soggy Past
NASA Spacecraft Finds Evidence of Ancient Rivers on Asteroid
10. 8. 20
Read More
Asteroid Wars
Astronomers Spot Bits of Entirely Different Asteroid on Surface of Bennu
9. 21. 20
Read More
+Social+Newsletter
TopicsAbout UsContact Us
Copyright ©, Camden Media Inc All Rights Reserved. See our User Agreement, Privacy Policy and Data Use Policy. The material on this site may not be reproduced, distributed, transmitted, cached or otherwise used, except with prior written permission of Futurism. Articles may contain affiliate links which enable us to share in the revenue of any purchases made.
Fonts by Typekit and Monotype.