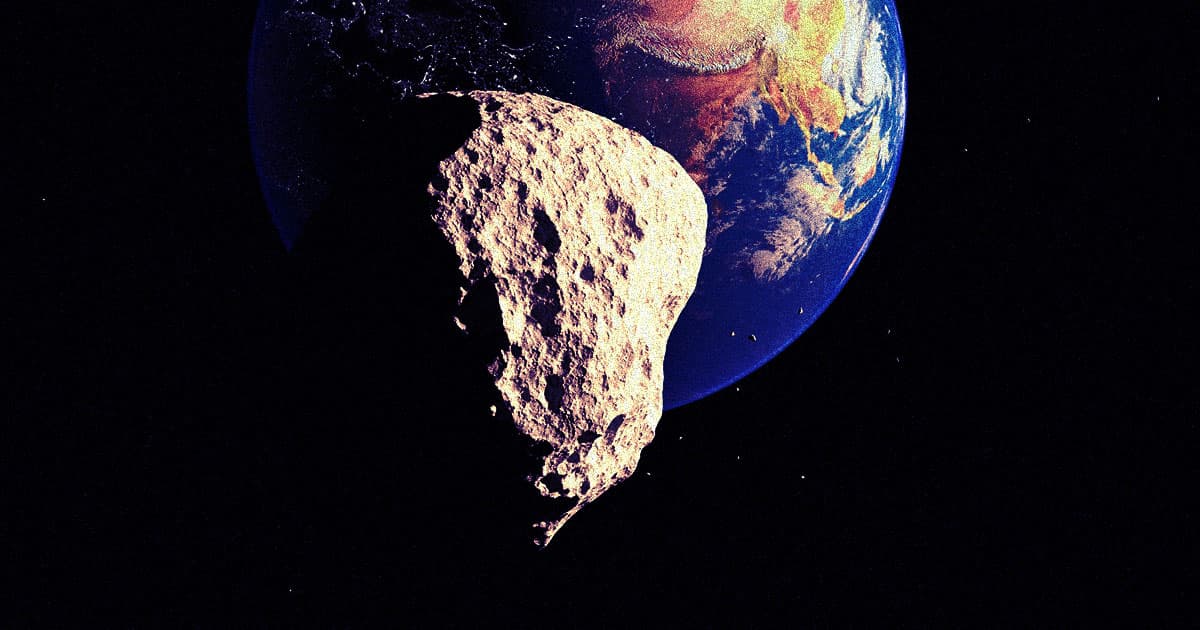 In other words, the Earth just avoided an asteroid disaster of catastrophic proportions.

In other words, the Earth just avoided an asteroid disaster of catastrophic proportions.

A space rock that could have leveled an entire city just hurtled right past Earth, coming within six Earth diameters of smashing into our home planet.

Astronomers didn't spot the "city killer" asteroid, according to the Washington Post, until days before it careened close to the Earth than the Moon at about 61 times the speed of a commercial jet.

NASA data suggests the asteroid is about 100 meters wide. To put it into perspective: the massive meteor strike above Chelyabinsk, Russia in 2013 was only 20 meters across and exploded with more energy than a nuclear weapon.

In other words, the Earth just avoided a disaster of bonkers proportions.

The space rock is big enough to be a "city-killer asteroid," a nickname given to space rocks that pass Earth this closely, according to Alan Duffy, lead scientist at the Royal Institution of Australia, who spoke with The Post.

"It should worry us all quite frankly," said Duffy. "It’s not a Hollywood movie. It is a clear and present danger... It would have gone off like a very large nuclear weapon."

"It’s probably the largest asteroid to pass this close to Earth in quite a number of years," Michael Brown, a Melbourne-based observational astronomer, told The Post. "It snuck up on us pretty quickly."

So why wasn't it spotted earlier? That's likely to do with it's unusual orbit that had it hurtling by Mars and Venus at much higher than average velocity. Only three days earlier, the asteroid was a thousand times fainter and harder to spot from Earth.

READ MORE: ‘It snuck up on us’: A ‘city-killer’ asteroid just missed Earth and scientists almost didn’t detect it in time [The Washington Post]

More on close calls: It's Unlikely, but a 164-Foot Asteroid May Hit Earth in September