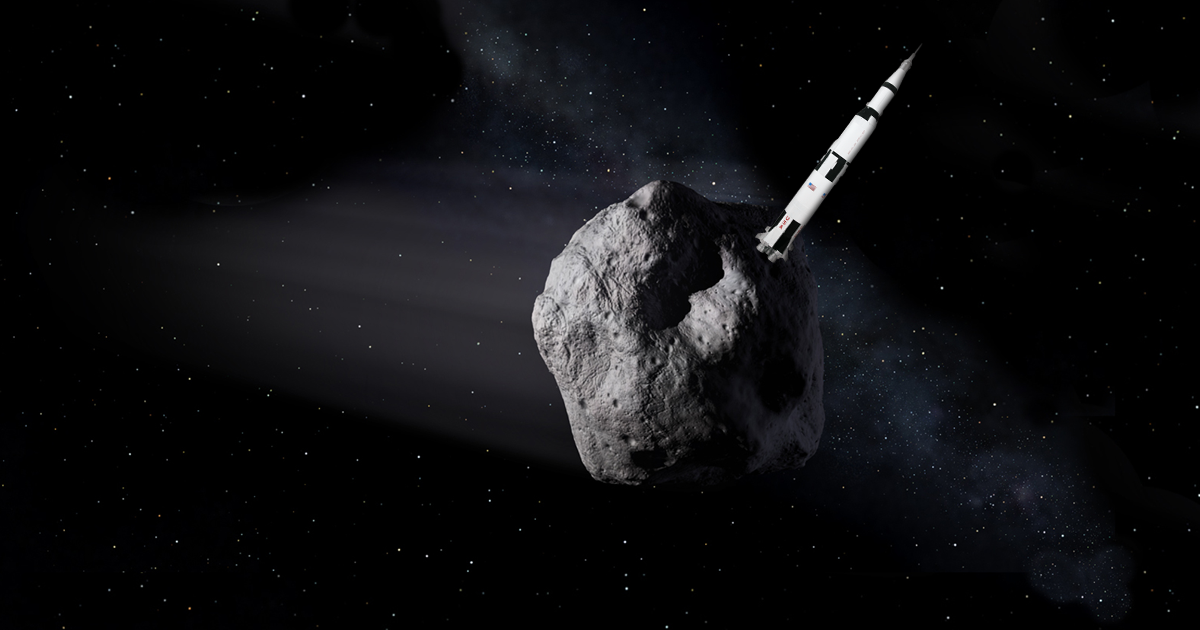 When This Asteroid Zips by Earth, Scientists May Hitch a Ride

In 2029, Apophis will sail closer to Earth than some orbital satellites.

In 2029, Apophis will sail closer to Earth than some orbital satellites.

In about ten years, a 1,100 foot asteroid named 99942 Apophis will pass within 19,000 miles of the Earth — closer than some of our more distantly-orbiting satellites.

Scientists have already ruled out any chance of a collision; the asteroid will look like a bright shooting star to people on Earth. But the rare near-Earth trajectory already has scientists planning how best to study the impending visitor.

On Tuesday, astronomers will meet to discuss the possibility of sending a spacecraft out to meet Apophis as it sails by, according to a NASA Jet Propulsion Lab (JPL) press release.

The meeting will be part of the ongoing 2019 Planetary Defense Conference, where scientists are discussing possible ways to detect and prevent celestial threats to Earth.

Apophis gives researchers a goldmine of possible discoveries, so they want to take full advantage by planning missions that will reveal how Earth's gravity affects Apophis' trajectory, spin, and surface features. These findings will be valuable on their own, but could also protect us from future collisions.

"Apophis is a representative of about 2,000 currently known Potentially Hazardous Asteroids," Paul Chodas, director of the JPL division that studies near-Earth objects, said in the press release. "By observing Apophis during its 2029 flyby, we will gain important scientific knowledge that could one day be used for planetary defense."

More on asteroids: The European Space Agency Will LiveTweet a Mock Asteroid Impact