NASA's administrator for human spaceflight just resigned because of a "mistake" — and we have no idea why. 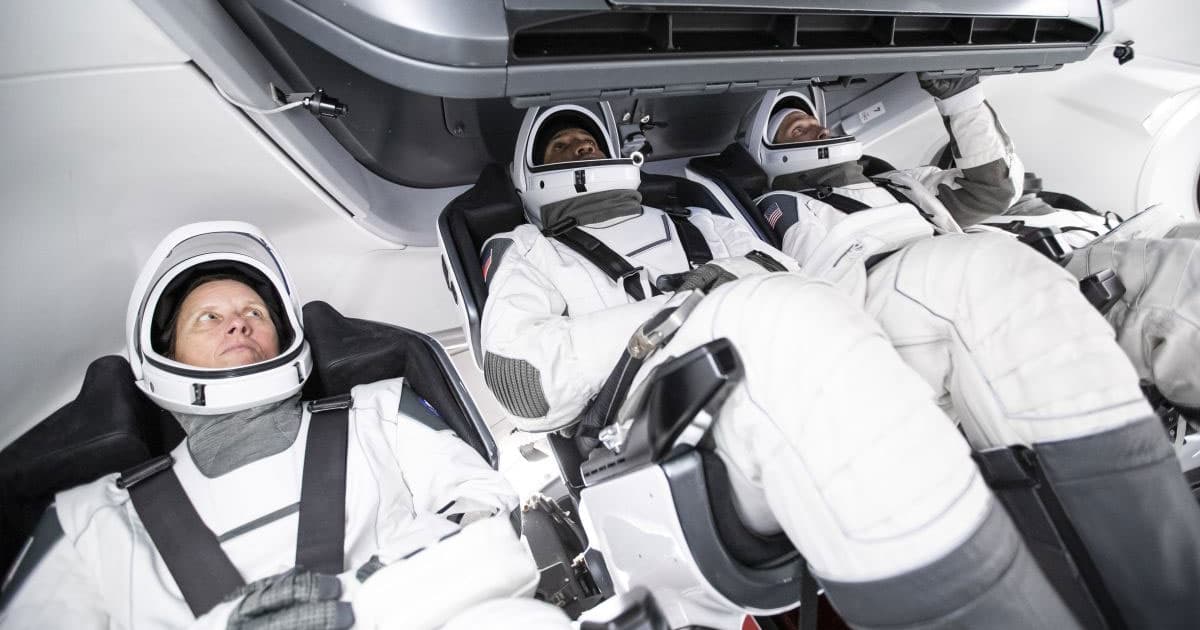 Douglas Loverro, the head of NASA's human spaceflight office, just resigned after an unspecified scandal, Politico reports — a mere week before SpaceX is scheduled to launch NASA astronauts from American soil for the first time since 2011.

According to a letter obtained by Politico, Loverro said he left "with a very, very heavy heart" after making a "mistake" during his seven months at the space agency. His predecessor Bill Gerstenmaier, in contrast, led NASA's human spaceflight division for almost 15 years.

"The risks we take, whether technical, political, or personal, all have potential consequences if we judge them incorrectly," Loverro wrote. "I took such a risk earlier in the year because I judged it necessary to fulfill our mission."

Long story short, we have no idea what Loverro's "mistake" was. Two industry officials told Politico that he was pushed out by NASA administrator Jim Bridenstine, but Loverro denied that claim.

"Now, over the balance of time, it is clear that I made a mistake in that choice for which I alone must bear the consequences," he wrote in he letter, stating that his resignation was due to his own "personal actions" and had nothing to do with what "we accomplished together."

Lawmakers are now racing to find out what really happened. Representative Kendra Horn (D-OK) voiced her distress via a statement to Politico.

"I am deeply concerned over this sudden resignation, especially given its timing," she said. "Under this administration, we've seen a pattern of abrupt departures that have disrupted our nation's efforts at human space flight."

The timing is indeed immensely eyebrow-raising. Next week, SpaceX is planning to send its Crew Dragon spacecraft to the International Space Station with NASA astronauts Bob Behnken and Doug Hurley on board — a potentially historic launch that NASA and SpaceX should be celebrating.

"The bottom line is that, as the committee that oversees NASA, we need answers," Horn added.

The media is also struggling to make sense of the abrupt departure.

Ars Technica space journalist Eric Berger told Business Insider that the drama was more likely related to the nearly $1 billion worth of lunar-lander contracts that were recently announced.

"To be clear: Loverro's resignation actually had nothing to do with SpaceX's Demo-2 mission as far as I can tell," Berger tweeted Tuesday. "But it's safe to say we can expect more drama over the next eight days."

More on Crew Dragon: SPACEX IS SETTING UP CREW DRAGON FOR ITS FIRST HUMAN SPACEFLIGHT

Read This Next
Overloaded
Whiny Space Tourists Say They Were Too Busy on the Space Station
The Moonian
Senior NASA Official Fears Getting "Stuck" on the Moon
Space Sick
Space Is Wreaking Havoc on Astronauts' Blood
Slip Sliding Away
NASA's Absurdly Expensive SLS Megarocket Is Broken Again
Water Elemental
NASA Astronaut Says He Almost Drowned During Spacewalk
More on Sci-Fi Visions
Shiny!
9:24 PM on the byte
Beautiful Render Shows Starship With Full NASA Paint Job
Word War
7:08 PM on the byte
China Furious After NASA Accuses It of Stealing the Moon
Solar Trailer
4:33 PM on the byte
Tesla Unveils Trailer With Pop-Out Solar Panels
READ MORE STORIES ABOUT / Sci-Fi Visions
Keep up.
Subscribe to our daily newsletter to keep in touch with the subjects shaping our future.
+Social+Newsletter
TopicsAbout UsContact Us
Copyright ©, Camden Media Inc All Rights Reserved. See our User Agreement, Privacy Policy and Data Use Policy. The material on this site may not be reproduced, distributed, transmitted, cached or otherwise used, except with prior written permission of Futurism. Fonts by Typekit and Monotype.