"SpaceX is really good at flying and testing — and failing and fixing." 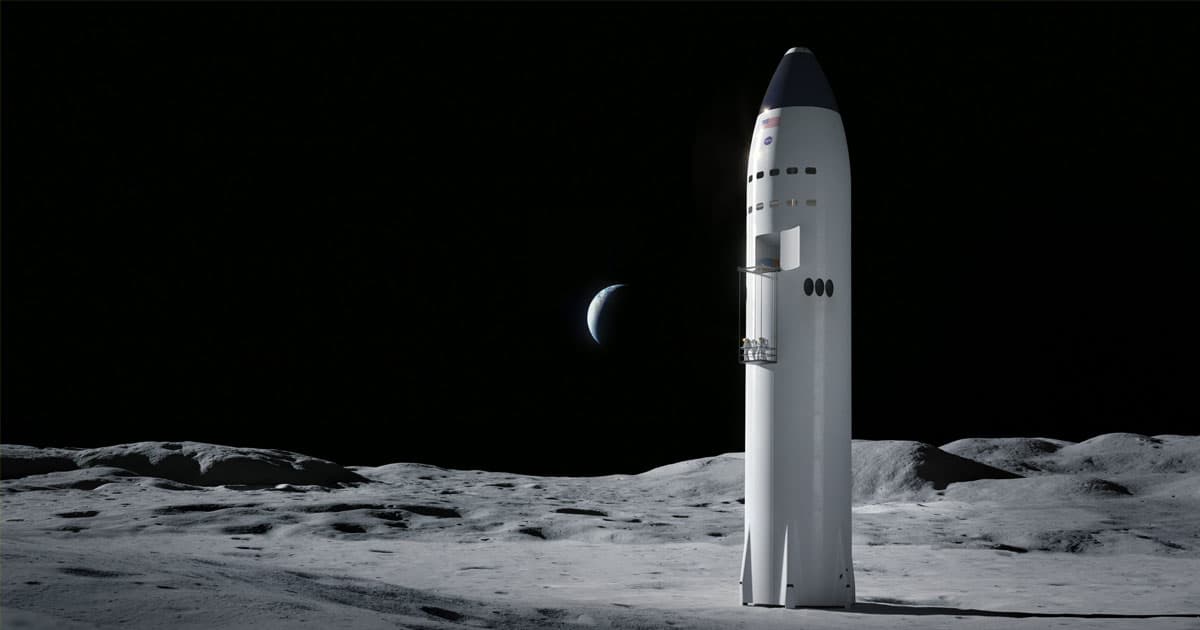 NASA announced today that it has awarded three massive contracts to develop lunar landing systems in an effort to return American astronauts to the Moon's surface as soon as 2024, as Ars Technica reports.

"With these contract awards, America is moving forward with the final step needed to land astronauts on the Moon by 2024, including the incredible moment when we will see the first woman set foot on the lunar surface," NASA Administrator Jim Bridenstine said in a statement.

SpaceX received a $135 million contract to further develop the Super Heavy rocket-powered Starship. The massive spacecraft, currently in development, could one day carry up to 100 passengers to the Moon and beyond.

A lunar optimized Starship can fly many times between the surface of the Moon and lunar orbit without flaps or heat shielding required for Earth return pic.twitter.com/Zpkldayy85

As for SpaceX CEO Elon Musk's qualities as a leader, Bridenstine sounded supportive.

"I fully believe that Elon Musk is going to be successful," he told Berger. "He is focused like a laser on these activities."

A $579 million contract was also awarded to Blue Origin. The Jeff Bezos-led space company announced its Blue Moon lunar lander in May of last year, which NASA is planning to use as a way to descend down to the Moon's surface.

NASA also awarded $253 million contract to space company Dynetics, a partnership with Sierra Nevada Corporation, to build a reusable lander that could be launched atop a United Launch Alliance Vulcan rocket.

Dynetics' "two-stage lander concept includes a single element with ascent" and "descent capabilities and a unique crew cabin that sits low to the Moon’s surface," according to a tweet by Bridenstine.

NASA is giving itself ten months to assess which contracts to go ahead with to finalize the development of a future lunar lander.

Read This Next
Shoo
Scientists Warn Giant Asteroid Is Actually Swarm, Nearly Impossible to Destroy
A Sip of Opal
NASA Discovers Precious Gemstones on Mars
Moon Wrestling
The Head of NASA Is Scared Chinese Astronauts Will Seize Portions of the Moon
Shot Well
Head of NASA Relieved to Hear Elon Musk Isn't REALLY Running SpaceX
Pale Blue Shat
William Shatner Explains Why His Trip to Space Was Horrible
More on Off World
Killernova
Yesterday on the byte
Scientists Find "One in Ten Billion" Star System Primed to Explode in Titanic Kilonova
Lonely Planet
Feb 5 on futurism
Scientists Find Nearby Planet the Same Size of Earth, Plan to Search It for Life
Take Cover
Feb 4 on the byte
Space Startup Blows Up Another Giant Inflatable Space Station Module
READ MORE STORIES ABOUT / Off World
Keep up.
Subscribe to our daily newsletter to keep in touch with the subjects shaping our future.
+Social+Newsletter
TopicsAbout UsContact Us
Copyright ©, Camden Media Inc All Rights Reserved. See our User Agreement, Privacy Policy and Data Use Policy. The material on this site may not be reproduced, distributed, transmitted, cached or otherwise used, except with prior written permission of Futurism. Articles may contain affiliate links which enable us to share in the revenue of any purchases made.
Fonts by Typekit and Monotype.