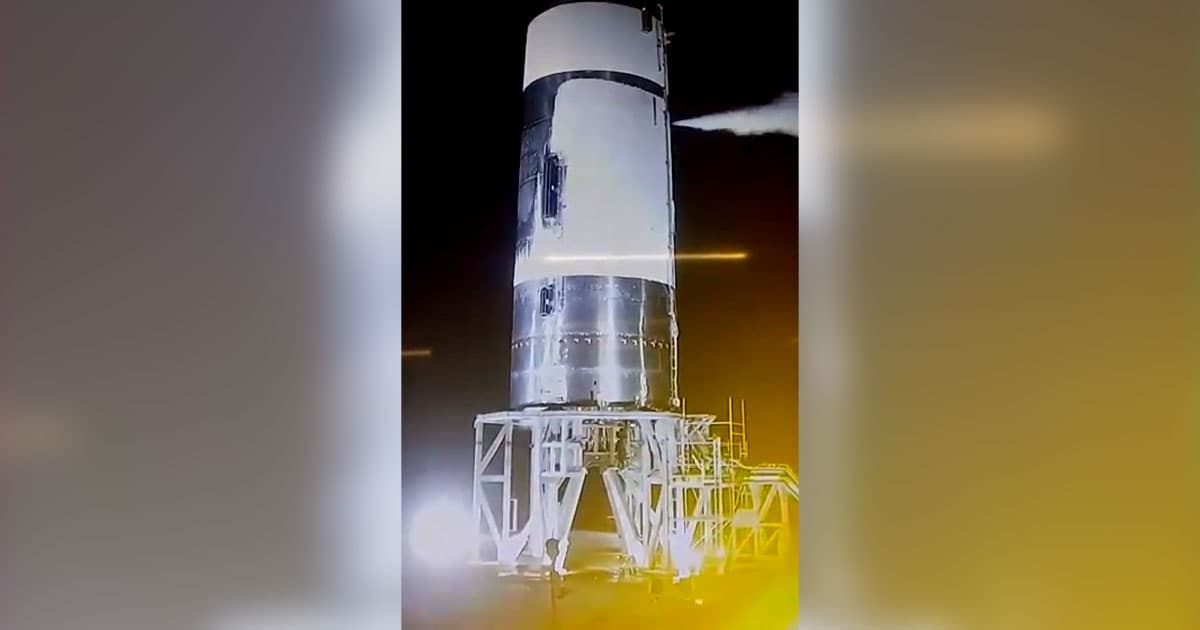 The SpaceX Starship, the spacecraft that the company designed to carry massive cargo shipments or dozens of crewmembers to the Moon or even Mars, just passed a crucial test.

On Sunday, a Starship prototype passed what's called a cryogenic pressure test, Ars Technica reports. That's where its fuel tanks are filled with extremely cold nitrogen and pressurized to several times the pressure of Earth's atmosphere. All three of the Starship prototypes that came before this one failed the cryogenic test, but Sunday's success paves the road to more ambitious tests and even short flights in the future.

SpaceX CEO Elon Musk tweeted video footage of the successful test, in which the spacecraft is shown, well, not imploding.

In contrast, here's footage of the previous Starship prototype failing its cryogenic pressure test, in which it rapidly implodes and crumples to the ground like a soda can.

Next up, Ars Technica reports, is to attach a Raptor engine to the surviving prototype and attempt a static fire test, in which the engines are fired but the spacecraft is attached to the ground so it won't go anywhere.

If that also succeeds, SpaceX will in the coming weeks attempt a short, 150-meter "hop," much like the one an earlier prototype completed in August.

More on the SpaceX Starship: Elon Musk Was Pretty Pissed When His Starship Prototype Exploded