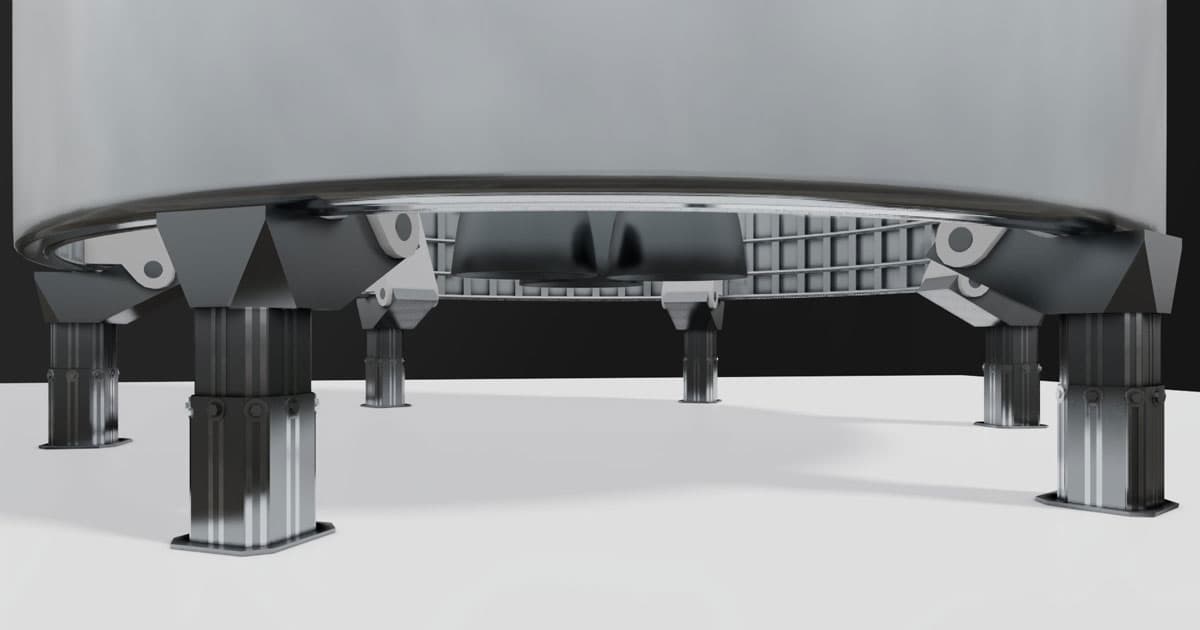 Is this how SpaceX's Starship will be able to touch down on Mars?

Is this how SpaceX's Starship will be able to touch down on Mars?

The six legs are meant to make a soft landing on distant worlds, including the Moon and Mars.

So Elon recently posted a bunch of closeups of the SN3 #Starships's underbelly.
In the photos you can see parts of the landing leg assembly, so I spent couple of hours trying to visualize how they might work.@elonmusk is this even remotely close? pic.twitter.com/Oq8YWaMuil

And it turns out, the render almost hit the nail on the head.

On Tuesday, Musk tweeted that the latest Starship prototype, dubbed "SN3," had legs that "extend and telescope out." The next version, he added, will have significantly longer legs.

SpaceX is aiming to revolutionize space travel with its massive, stainless steel-clad Starship spacecraft. According to a recently released user guide, the company is envisioning it ferrying up to 100 passengers or over 100 tons of cargo into space and far beyond, including the Moon and Mars.

The spacetech company is still gearing up to test flight its first full-scale Starship prototype. According to recent filings with the Federal Aviation Administration, the company might make an attempt as soon as this month.

But SpaceX still has plenty of hurdles to overcome. The SN3 prototype collapsed during a pressure tank test late Thursday evening.