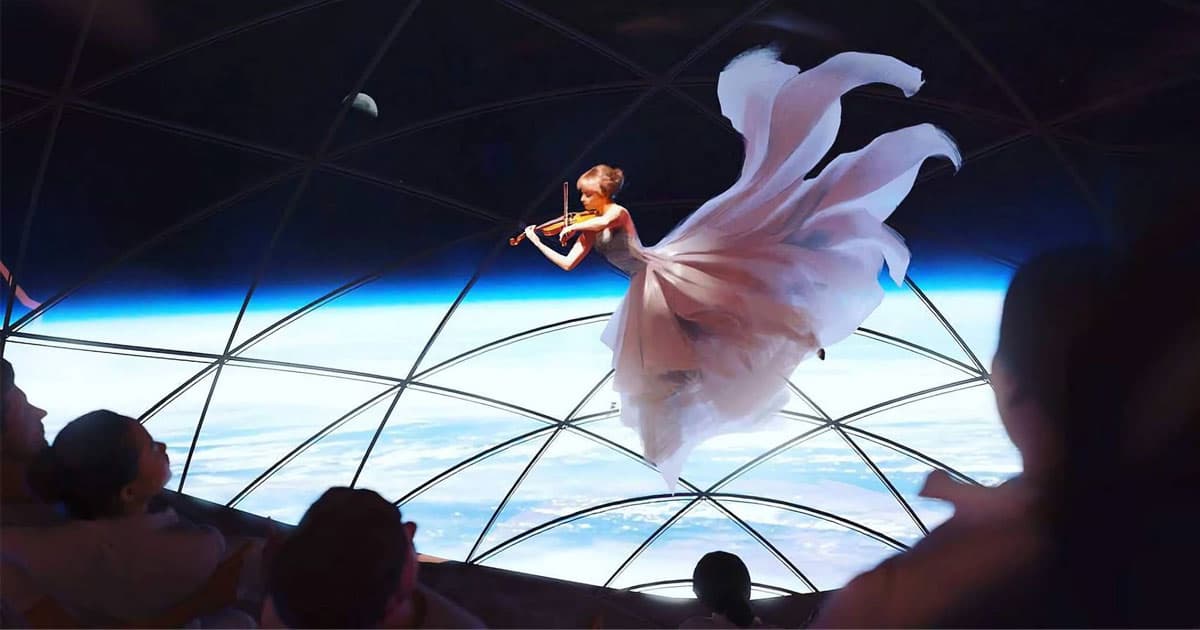 The trip to Mars will also feature "solar storm shelters" and a "viewing gallery."

The trip to Mars will also feature "solar storm shelters" and a "viewing gallery."

Elon Musk-led space company SpaceX has released an early version of a user manual for its Starship, a massive stainless steel rocket that's meant to one day ferry up to 100 passengers to the Moon and even Mars.

The five-page PDF details some of the ambitious plans the company has for its rocket, including a roomy interior for passengers to enjoy the ride.

The user manual also advertises the rocket's utility for "rapid point-to-point Earth transport." Intercontinental space-based long distance travel aboard a Starship was a key proponent of the company's plans from the very start.

A massive capacity of 100 tons also means that a single Starship could launch three "geosynchronous telecom satellites" in one go — or a full constellation of smaller satellites. It could even repair satellites in space by capturing them, similarly to NASA's retired Space Shuttle.

The manual also mentions the possibility of carrying an "in-space demonstration spacecraft" that would stay attached to the Starship to run experiments before heading back to Earth.

More on Starship: Elon Musk Was Pretty Pissed When His Starship Prototype Exploded