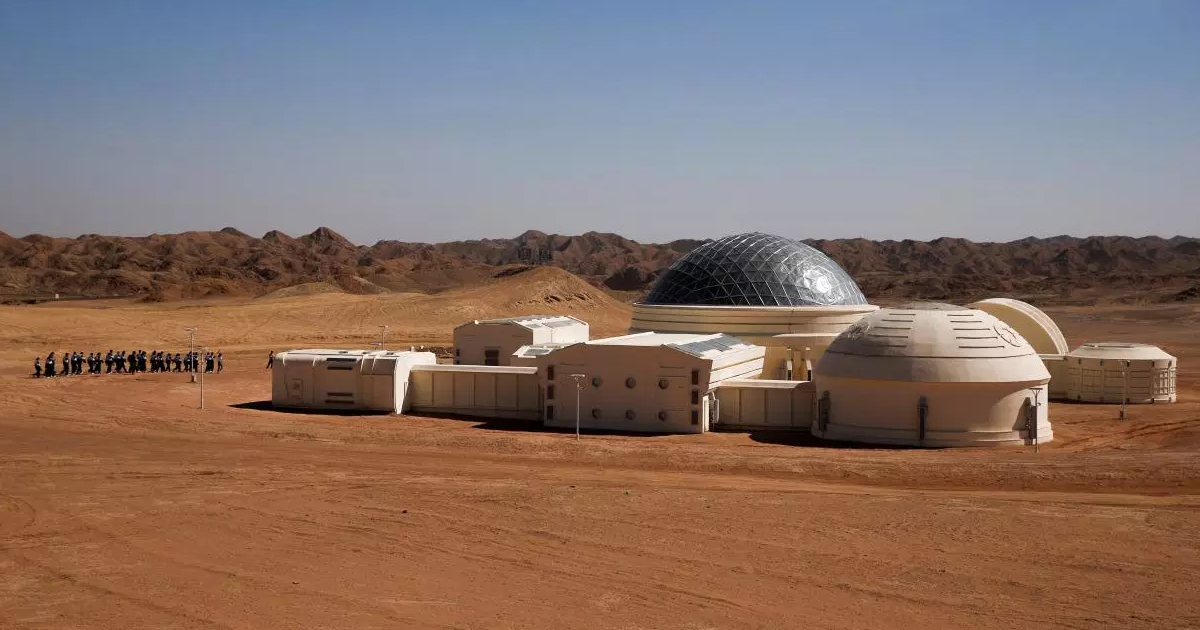 China Is Sending Teens to a Simulated Mars Colony

The teens will wear mock space suits while they explore the Mars-esque landscape of the Qaidam Basin.

The teens will wear mock space suits while they explore the Mars-esque landscape of the Qaidam Basin.

It sounds like the premise to a young adult novel: a totalitarian government sends its kids to a special facility to train them for life on Mars. But this strange project isn't fictional — it's China's C-Space base.

"We are trying to come up with solutions," C-Space founder Bai Fan told AFP of the project, adding that "the base is still on [Earth], it's not on Mars, but we have chosen a landform that matches closest to Mars."

At the high-tech space camp, according to AFP, the teens will wear mock space suits while they explore the Mars-esque landscape of the Qaidam Basin.

But as China preps for a Mars rover mission expected to launch as soon as next year, at least one academic says the C-Space simulated Mars base is silly and bears little resemblance to a genuine base on the Red Planet — especially if, as planned, it opens to the public as a tourist destination with a themed restaurant.

"From the very beginning, I've been opposed to this," Peking University professor Jiao Weixin told AFP. "Tourism doesn't make much sense... what is the meaning in it?"

READ MORE: A small step for China: Mars base for teens opens in desert [AFP]

More on China's simulated Mars base: China Opens Its First Mars Simulation Base