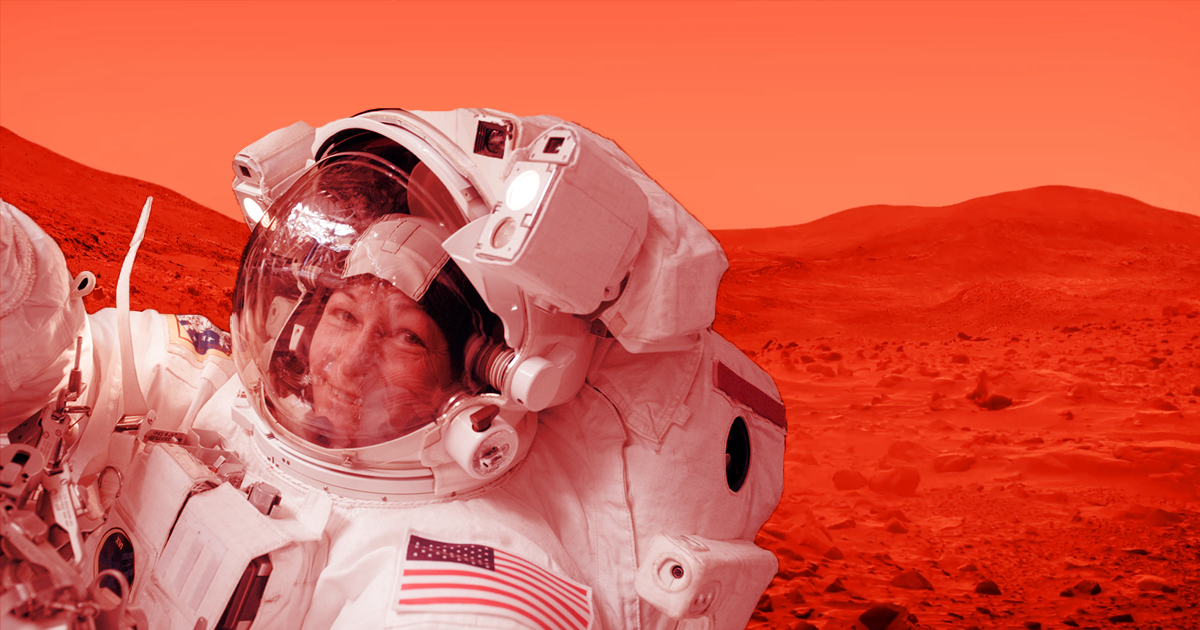 NASA Leader: First Human on Mars "Likely to Be" a Woman

He also thinks the next person on the Moon will be a woman.

He also thinks the next person on the Moon will be a woman.

Women Are From Mars

NASA sees women playing a major role in the future of space exploration.

During a recent appearance on a science and tech radio show, NASA administrator Jim Bridenstine asserted that the next person on the Moon is "likely to be a women."

And that's not all. According to Bridenstine, "It's also true that the first person on Mars is likely to be a woman" — though it's not yet clear why he thinks that might be given that fewer than a third of NASA's active astronauts are female.

Bridenstine made the comments in response to a tweeted question sent during his interview with Ira Flatow on Public Radio International's "Science Friday."

Unfortunately, Flatow told Bridenstine he only had 30 seconds for an answer, so he didn't elaborate on why NASA might be more likely to send a woman than a man to the Moon and Mars.

The Future Is Female

He did, however, manage to reference another upcoming milestone for woman astronauts — "We have the first all-female spacewalk happening this month at the end of March, which is of course, National Women’s Month" — and also note that  "NASA is committed to making sure that we have a broad and diverse set of talent."

Perhaps he'll elaborate on NASA's reasoning for sending a woman to Mars before a man in a future interview.

READ MORE: NASA: To the Moon (and Definitely Beyond) ["Science Friday"]