Bill Nye on Terraforming Mars: “Are You Guys High?”

When it comes to colonizing Mars, he's seriously skeptical. 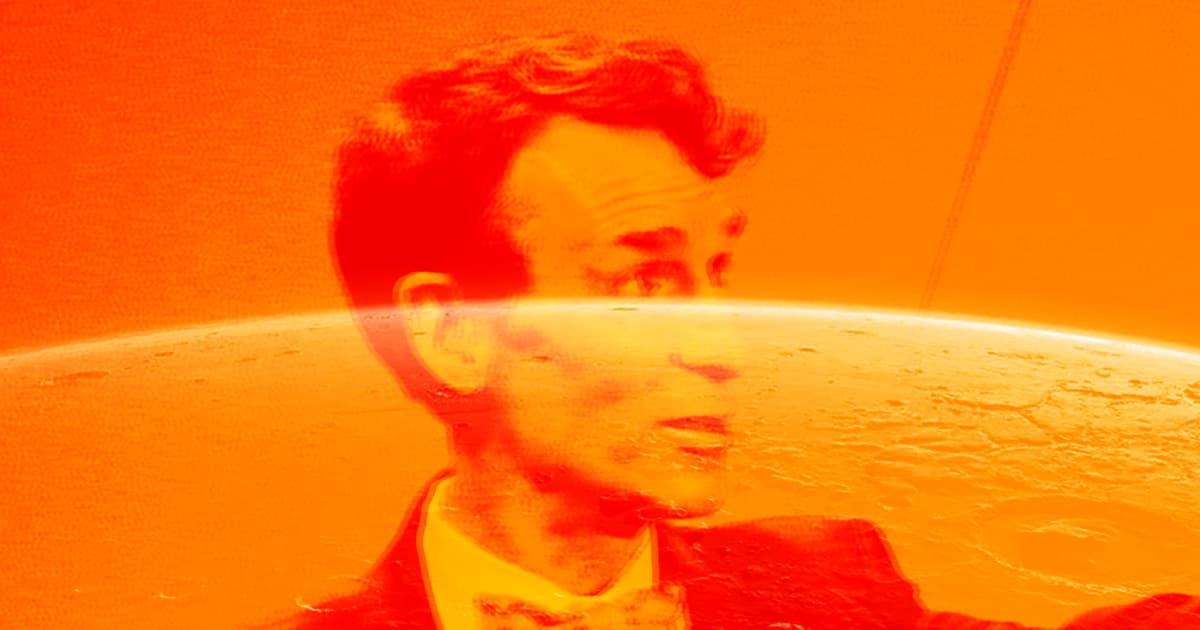 Bill Nye thinks you'd have to be on drugs to believe Mars could ever be habitable for humans.

"This whole idea of terraforming Mars, as respectful as I can be, are you guys high?" the science educator asked in an interview with USA TODAY. "We can't even take care of this planet where we live, and we're perfectly suited for it, let alone another planet."

Nye is a respected science communicator, so his opinion on the viability of Mars terraforming plans carries some weight. He also has some pretty solid arguments.

"It's not reasonable because it's so cold," he told USA TODAY. "And there is hardly any water. There's absolutely no food, and the big thing, I just remind these guys, there's nothing to breathe."

However, the pro-terraforming camp isn't all slouches — it counts among its membership SpaceX CEO Elon Musk and late physicist Stephen Hawking.

In Musk and Hawking's opinions, we can and should exhaust all options for transforming Mars into something of an Earth 2.0. And they have some pretty compelling reasons, ranging from climate change to the notion that becoming an interplanetary species is the next step in human exploration.

While Nye really couldn't have been more clear about his opinion on terraforming Mars in the USA TODAY interview, he did also say he believes we should send astronauts to explore the Red Planet.

And who knows? Maybe they'll find something there that moves the Science Guy from the camp of the terraforming skeptics to that of the believers.

READ MORE: Bill Nye: We Are Not Going to Live on Mars, Let Alone Turn It Into Earth [USA Today]

Read This Next
A Sip of Opal
NASA Discovers Precious Gemstones on Mars
Martian Oases
Scientist Proposes Growing a Forest Inside a Bubble on Mars
Big Impact
Meteorite Hit Mars So Hard NASA Thought It Was a Quake
Palliative Care
NASA's Mars Lander Refuses to Die Even Though It's Supposed To
Signs Of Life
NASA Seems Awfully Excited About Finding Organic Matter on Mars
More on Off World
Lonely Planet
Yesterday on futurism
Scientists Find Nearby Planet the Same Size of Earth, Plan to Search It for Life
Take Cover
Feb 4 on the byte
Space Startup Blows Up Another Giant Inflatable Space Station Module
Rock Blast
Feb 4 on the byte
Scientists Say There's an Upside to Those Rocks That Keep Bludgeoning the James Webb
READ MORE STORIES ABOUT / Off World
Keep up.
Subscribe to our daily newsletter to keep in touch with the subjects shaping our future.
+Social+Newsletter
TopicsAbout UsContact Us
Copyright ©, Camden Media Inc All Rights Reserved. See our User Agreement, Privacy Policy and Data Use Policy. The material on this site may not be reproduced, distributed, transmitted, cached or otherwise used, except with prior written permission of Futurism. Articles may contain affiliate links which enable us to share in the revenue of any purchases made.
Fonts by Typekit and Monotype.