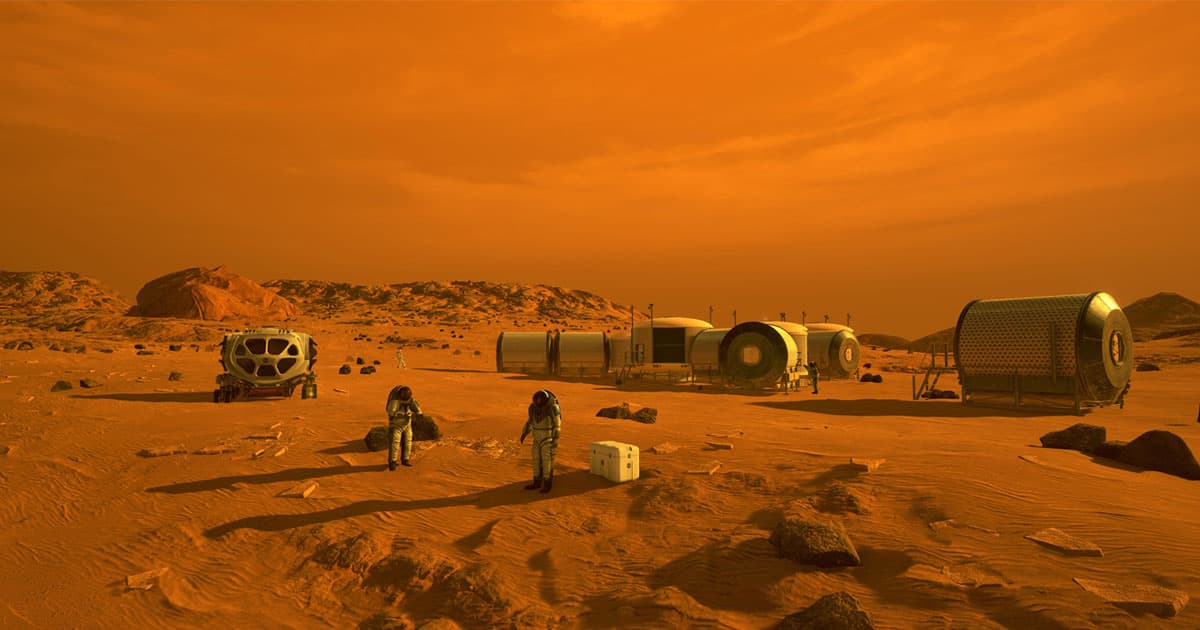 "Sending astronauts there will give man better opportunities to look for traces of life on Mars."

"Sending astronauts there will give man better opportunities to look for traces of life on Mars."

In a story published by state news network China Daily, the China Aerospace Science and Technology Corporation announced plans to send astronauts to the surface of Mars.

"Sending astronauts there will give man better opportunities to look for traces of life on Mars," Pang Zhihao, a space technology researcher in Beijing told China Daily. "There are theories that Mars was very similar to Earth in terms of environment billions of years ago."

According to the statement, it marks "the first time that China's space industry has publicly unveiled a plan for manned missions to the red planet."

First stop: a manned mission to the Moon. Last month, China showed off the next-generation spacecraft it plans to use to send astronauts to the Moon and back in the late 2020s, according to Space.com.

The undertaking will confront enormous challenges. The journey could "take more than 500 days," according to Pang, and might not come to fruition before 2050. And then there are other threats, like "the decrease of bone mineral density, space radiation and mental health," Pang added.

We don't know yet when NASA will officially announce plans for its own manned mission the Red Planet. An independent report, contracted by NASA, that was published in April, concluded that a Mars orbital mission "could be carried out no earlier than the 2037 orbital window without accepting large technology development, schedule delay, cost overrun, and budget shortfall risks."

The Moonian
Senior NASA Official Fears Getting "Stuck" on the Moon
May 4
Read More
Moon Patrol
US Military Announces Plans for Satellite Orbiting the Moon
Mar 4
Read More
Artificial Baby
Chinese Scientists Create System to Care For Embryos in Artificial Womb
Feb 1
Read More
+Social+Newsletter
TopicsAbout UsContact Us
Copyright ©, Camden Media Inc All Rights Reserved. See our User Agreement, Privacy Policy and Data Use Policy. The material on this site may not be reproduced, distributed, transmitted, cached or otherwise used, except with prior written permission of Futurism. Articles may contain affiliate links which enable us to share in the revenue of any purchases made.
Fonts by Typekit and Monotype.