The AI nanny would help monitor and care for the embryos. 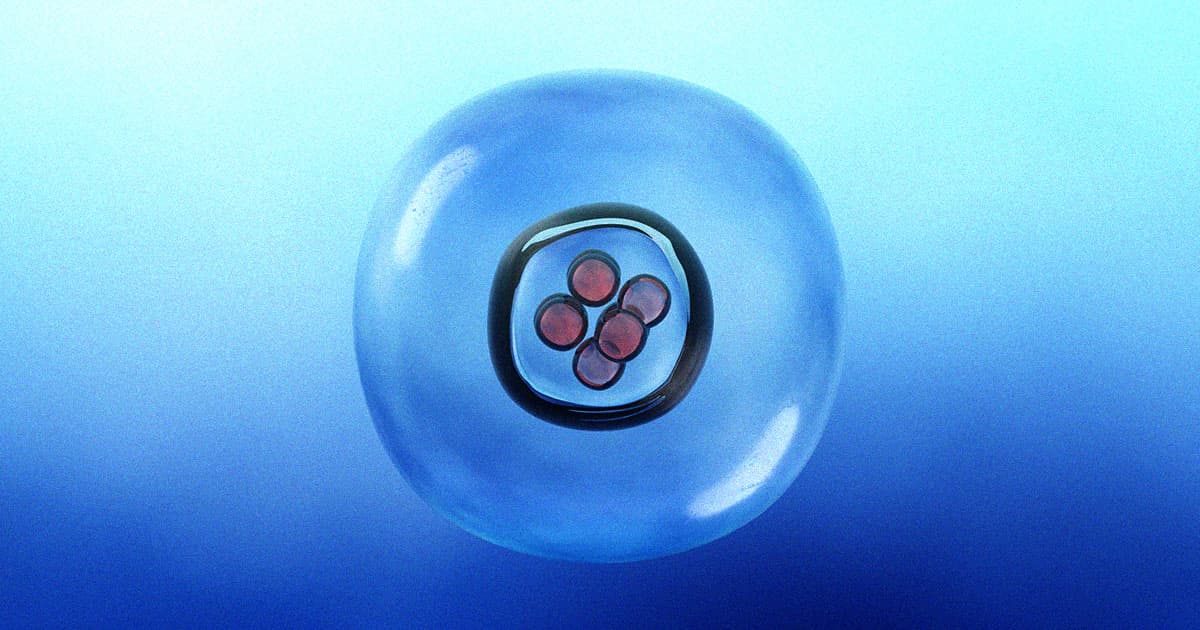 Parents of the future rejoice! Scientists in China have developed an AI nanny that they say could one day take care of human fetuses in a lab.

Researchers in Suzhou, China, claim to have created a system that can monitor and care for embryos as they grow into fetuses while growing inside an artificial womb, The South China Morning Post reports.

The robotic nanny is already reportedly caring for a number of animal embryos. Experimentation on human embryos, however, is still forbidden under international law, as the newspaper points out.

The team published their findings in the Journal of Biomedical Engineering last month. In the paper, they detail an "online monitoring system" designed for the "long-term culture of embryos."

The system could theoretically allow parents to grow a baby in a lab, thereby eliminating the need for a human to carry a child. The researchers go as far as to say that this system would be safer than traditional childbearing.

Beyond those claims, though, it remains unclear whether the system could actually bring an embryo, mouse or otherwise, to term.

As it exists right now, the artificial womb is a container that grows a number of mouse embryos in a row of cubes filled with nutritious fluids, according to the paper.

The AI nanny is reportedly able to monitor the embryos, detect changes, and adjust their artificial environment accordingly. It can even alert a technician in case an embryo develops a defect or dies.

The technology is still very much in its nascent stages, but a looming population crisis in China is only serving to accelerate its development.

"I don’t think technology would be a problem," one anonymous researcher at the Capital Institute of Pediatrics in Beijing, told the SCMP, adding that the tech could risk turning hospitals into factories that churn out babies — and no hospital "would want to bear this responsibility."

It’s a fascinating ethical issue that’s emerging from an equally fascinating piece of technology. If ever realized, it could certainly help couples who are struggling to have kids to finally become parents — but we do need to be wary of the considerable ethical implications of such a system as well.

More on population crisis: Data Shows that China’s Population Is About to Start Actively Shrinking