"It's extraordinary, we'll have to reorganize societies." 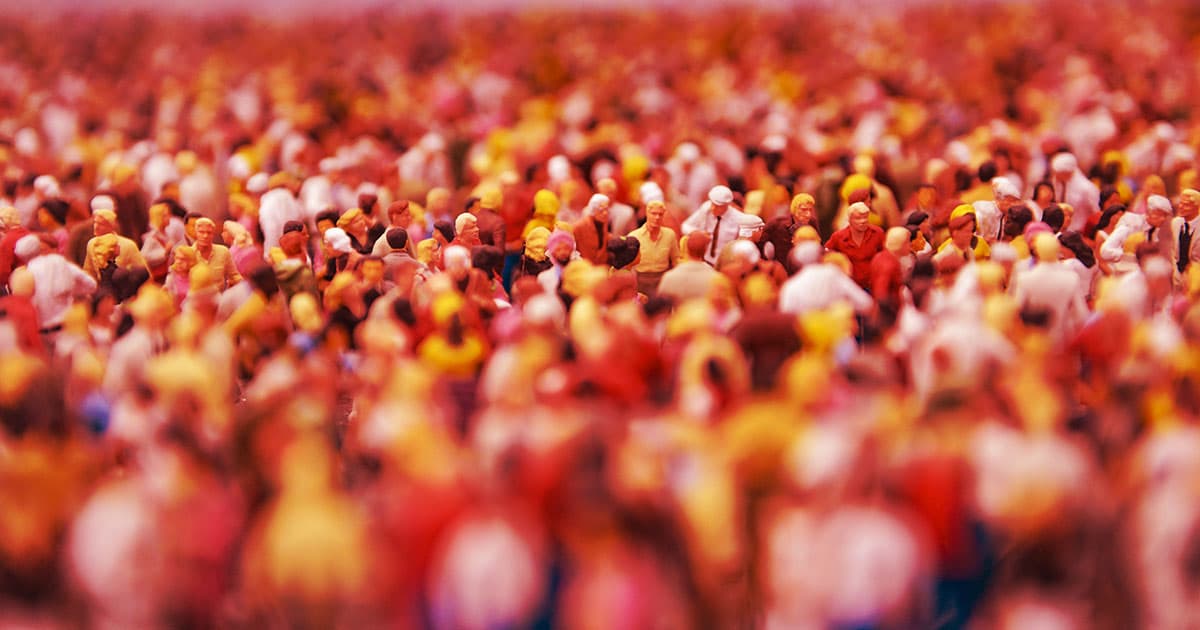 People around the globe are having way fewer babies. By the year 2100, that might turn into a pretty big problem for humanity — rather than the relief one might expect.

If they aren't already, dozens of countries' populations will be going into decline in this century, according to a new study published in the Lancet this week. 23 countries are expected to feel this effect intensify, with their populations dropping to half of what they are now by the year 2100.

The global population will peak at 9.7 billion around 2064, according to the new projection, and then drop off to 8.8 billion towards the end of the century.

"That's a pretty big thing; most of the world is transitioning into natural population decline," Christopher Murray, co-author and researcher at the University of Washington, Seattle, told the BBC. "I think it's incredibly hard to think this through and recognize how big a thing this is; it's extraordinary, we'll have to reorganize societies."

The reality is that with more women receiving an education and entering the work force, combined with the wide availability of contraception, fertility rates are dropping, sometimes precipitously, around the world — a stark reversal of the baby boom following the Second World War.

Countries including Spain, Portugal, and Thailand will have their populations more than halve by the end of the century — "jaw-dropping," according to Murray.

But aren't fewer humans better for a ravished world that's rapidly being drained of its resources? The researchers suggest that there may be fewer babies being born, but any positive consequences for the environment would be offset by the challenges of a rapidly aging population.

Much older populations "will create enormous social change," Murray told the BBC. "Who pays tax in a massively aged world? Who pays for healthcare for the elderly? Who looks after the elderly? Will people still be able to retire from work?"

"We need a soft landing," he added.

Declining populations around the globe will force our hand to come up with solutions. The success of economies around the world will become increasingly dependent on immigrants and open borders.

Africa will only feel the effects of declining populations much later, with populations in several African nations ballooning, instead of shrinking, in population size by 2100. In fact, the researchers note that Nigeria is projected to become the second most populous country in the world, with 791 million people by 2100.

"We will have many more people of African descent in many more countries as we go through this," Murray told the BBC, noting that the world will have to address "challenges around racism" as a result.

It's unclear how the world should adapt to these looming realities. We've only seen limited success in promoting childbirth using policy tools like longer maternity and paternity leave, childcare, and financial incentives.

"If you can't [find a solution] then eventually the species disappears, but that's a few centuries away," Murray said.

Read This Next
The Kids Won't Be Alright
Elon Musk Warns That Humankind Will "End Up in Adult Diapers"
Stop Aging Please
Elon Musk Says That Immortality Tech Would Be Very Dangerous
Futurism
New Report Asserts the Earth’s Population Will Reach 9.8 Billion by 2050
Futurism
Elon Musk: The World’s Population is Accelerating Towards Collapse
Futurism
David Attenborough: If We Don't Limit Our Population Growth, the Natural World Will
More on Earth & Energy
Imagine Dragons
7:17 PM on the byte
Miners Say "Sorry" for Losing Highly Radioactive Object Along Highway
Rock Battery
Jan 28 on the byte
Researchers Successfully Turn Abandoned Oil Well Into Giant Geothermal Battery
Do The Worm
Jan 27 on the byte
Scientists Name "Funky Worm" Amphibian After a Weird 70s Funk Song
READ MORE STORIES ABOUT / Earth & Energy
Keep up.
Subscribe to our daily newsletter to keep in touch with the subjects shaping our future.
+Social+Newsletter
TopicsAbout UsContact Us
Copyright ©, Camden Media Inc All Rights Reserved. See our User Agreement, Privacy Policy and Data Use Policy. The material on this site may not be reproduced, distributed, transmitted, cached or otherwise used, except with prior written permission of Futurism. Articles may contain affiliate links which enable us to share in the revenue of any purchases made.
Fonts by Typekit and Monotype.