Elon Musk Says That Immortality Tech Would Be Very Dangerous

"It is important for us to die because most of the time people don't change their mind, they just die." 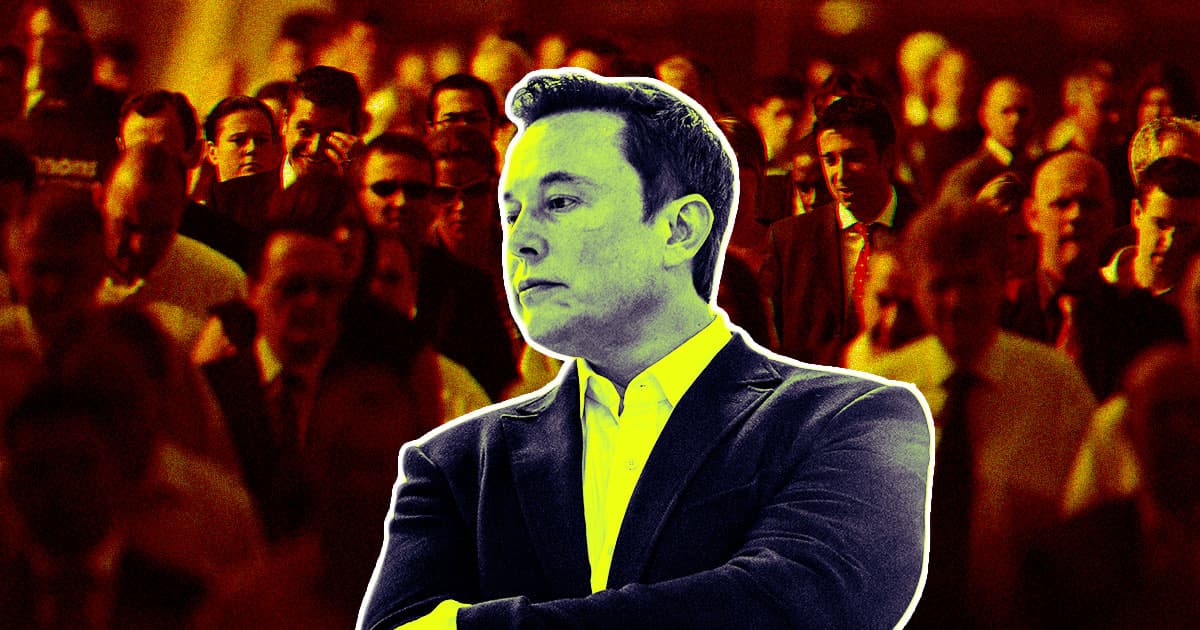 SpaceX and Tesla CEO Elon Musk has some strong feelings when it comes to our fate as a civilization.

During an interview at The Wall Street Journal's CEO Council Summit on Monday, Musk warned that letting people live longer — or, presumably, forever — through new technologies may actually be a really bad idea.

"It is important for us to die because most of the time people don't change their mind, they just die," Musk said at the event. "If you live forever, we might become a very ossified society where new ideas cannot succeed."

Musk also added that he's "not aware of any secret technology to combat aging."

His ideas shouldn't come as a shock to anybody. Musk is an ideas man who has benefited immensely from pushing for innovation and change — for better or worse. In his world, there's no room for rigid and obsolete lines of thinking.

Which also explains his continued efforts to push back against the US regulators who have kept an increasingly close eye on his operations. The news also comes after he called for "age limits" to be set for US government leaders earlier this month.

Musk, a 50-year-old father of six, also argued at the event that a "rapidly declining birthrate" on a global scale is "one of the biggest risks to civilization."

Allowing people to live longer lives, in other words, would result in rapidly aging populations, which would lead to further declining birthrates as fewer people are able to have children.

It's far from the first time Musk has warned of declining populations being the eventual cause of our downfall. Earlier this year, he took potshots at fellow space company billionaire Jeff Bezos for investing millions in a mysterious anti-aging research startup in Silicon Valley.

"And if it doesn’t work, he’s gonna sue death!" Musk added derisively at the time, referring to Bezos' litigious tendencies.

Despite all of facetiousness and flippant comments in the past, Musk's warnings aren't completely off the mark. Birthrates are indeed declining worldwide — and COVID-19 has only heightened the trend.

Even China, the most populous country in the world, has faced precipitous drops in birthrates, causing leaders to ring the alarm bells.

With demographics skewing older in may parts of the world, humanity could really be in for a decline, and it could kick off before the year 2100, according to experts.

But whether that's really a bad thing remains to be seen. The economic impacts of a shrinking labor force may be self-evident, but given our species' immensely harmful footprint on our planet, it may not be such a bad thing after all.

More on Elon: Elon Musk Says “Civilization Is Going to Crumble” Unless People Have More Children

Read This Next
The Kids Won't Be Alright
Elon Musk Warns That Humankind Will "End Up in Adult Diapers"
Mine! Mine!
Elon Musk Suggests Tesla Might Start Mining Lithium
World is on Fire
UN Calls Elon Musk's Bluff, Providing Detailed Plan to Prevent World Hunger
Bigger in Texas
Elon Musk, Who Moved to TX For Less Regulation, Is Furious That the Power Went Down
Game of Renewable Thrones
Elon Musk: Fusion Will Probably Be More Expensive Than Wind, Solar
More on Earth & Energy
Fire Bird
Yesterday on the byte
Experts Say Birds Are Catching on Fire on Power Lines and Starting Wildfires
Three Cheers
Yesterday on the byte
Happy BBQ Season! There's Beer Made From Toilet Water Now
More and More
Thursday on the byte
Oh Great, Gas AND Solar Prices Are Going Up
READ MORE STORIES ABOUT / Earth & Energy
Keep up.
Subscribe to our daily newsletter to keep in touch with the subjects shaping our future.
+Social+Newsletter
TopicsAbout UsContact Us
Copyright ©, Camden Media Inc All Rights Reserved. See our User Agreement, Privacy Policy and Data Use Policy. The material on this site may not be reproduced, distributed, transmitted, cached or otherwise used, except with prior written permission of Futurism. Fonts by Typekit and Monotype.