"Please look at the numbers — if people don't have more children, civilization is going to crumble, mark my words." 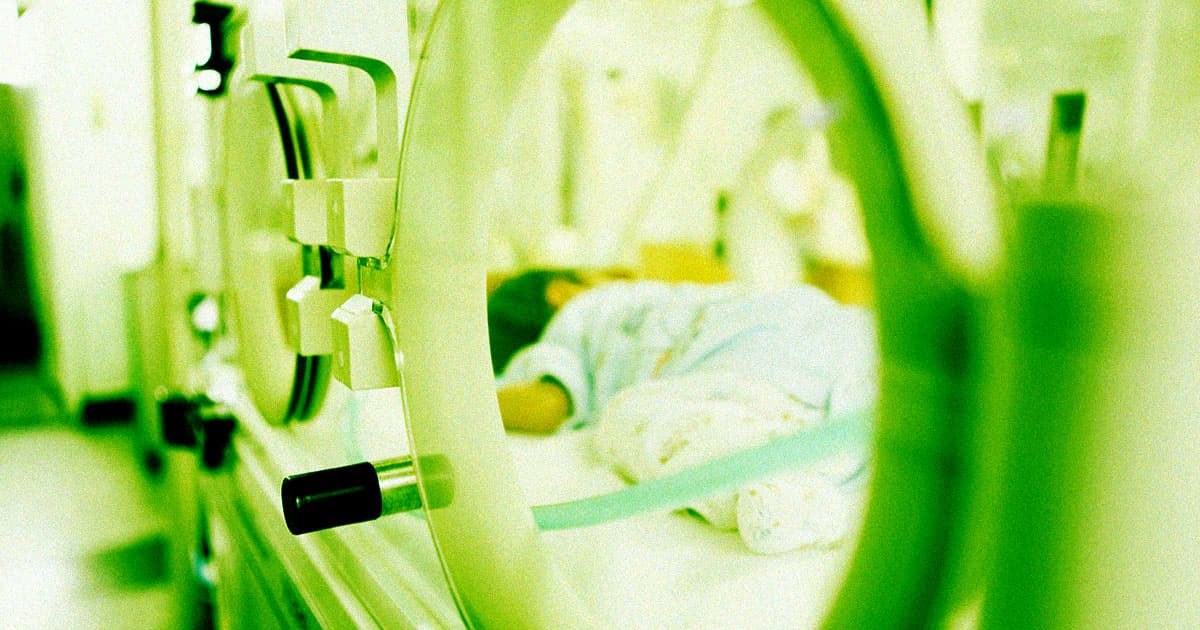 SpaceX CEO Elon Musk is no stranger to ringing the alarm bells.

When he's not warning of an imminent nuclear Armageddon, the eccentric billionaire has often brought up another one of his favorite talking points: declining birthrates.

"I think one of the biggest risks to civilization is the low birthrate and the rapidly declining birthrate," he said at The Wall Street Journal's CEO Council Monday night.

Musk appears to be willing to throw all his weight behind his prediction.

"Please look at the numbers — if people don't have more children, civilization is going to crumble, mark my words," he said.

It's far from the first time Musk brought up declining birthrates. The news comes after Musk warned of pretty much the same thing at the National Academies’ joint meeting of the Space Studies Board and Board on Physics and Astronomy last month, for example.

And he may have a point. China's birthrate, for instance, has started dropping precipitously. And that's not just due to the COVID-19 pandemic. The country's demographic has been skewing older, with fewer women choosing to have children.

China's "one child policy," which ended in 2015, also contributed to the downward trend.

So what do we do once an entire population starts aging rapidly? To Musk, the answer is surprisingly simple.

At the WSJ's event, Musk also elaborated on why he called for an "age limit" to be set "after which you can't run for political office" in a tweet last week — an apparent potshot at 79-year-old US president Joe Biden.

"I think it is important for us to die because most of the times, people don't change their mind, they just die," Musk said at last night's event. "If they live forever, then we might become a very ossified society where new ideas cannot succeed."

In the meantime, the CEO's electric car company has big plans to replace human labor. At Tesla's AI Day event in August, Musk unveiled the "Tesla Bot," a humanoid robot meant to "take care of “performing tasks that are unsafe, repetitive or boring," according to the company's website.

At last night's event, Musk said the Bot could be a "generalized substitute for human labor over time." In other words, it sounds a bit like Musk might be envisioning the robot giving sponge baths to seniors in nursing homes if there aren't enough young healthcare workers to care for them.

It is arguably one of the greatest threats facing humanity today — but given the stresses our species has been exerting on our planet's ecosystems, it's a hard sell to call for an increasing population before we've sorted out those issues.

READ MORE: Elon Musk says there are 'not enough people' and that the falling birthrate could threaten human civilization [Insider]

Read This Next
Poor Credit
China's Social Credit System Barred Millions from Traveling in 2018
More on Future Society
Gone Guy
Jul 3 on the byte
Man Who Accidentally Got Paid 330x His Salary Quits, Disappears
Wipe It
Jul 3 on the byte
Google Says It Will Automatically Delete Abortion Clinic Visits From Users' History
Vatican Vagrant
Jul 2 on the byte
Elon Musk Takes Flabbergastingly Awkwardly Picture With the Pope
READ MORE STORIES ABOUT / Future Society
Keep up.
Subscribe to our daily newsletter to keep in touch with the subjects shaping our future.
+Social+Newsletter
TopicsAbout UsContact Us
Copyright ©, Camden Media Inc All Rights Reserved. See our User Agreement, Privacy Policy and Data Use Policy. The material on this site may not be reproduced, distributed, transmitted, cached or otherwise used, except with prior written permission of Futurism. Fonts by Typekit and Monotype.