"We hope to have this in our first humans — which will be people that have severe spinal cord injuries like tetraplegics, quadriplegics — next year." 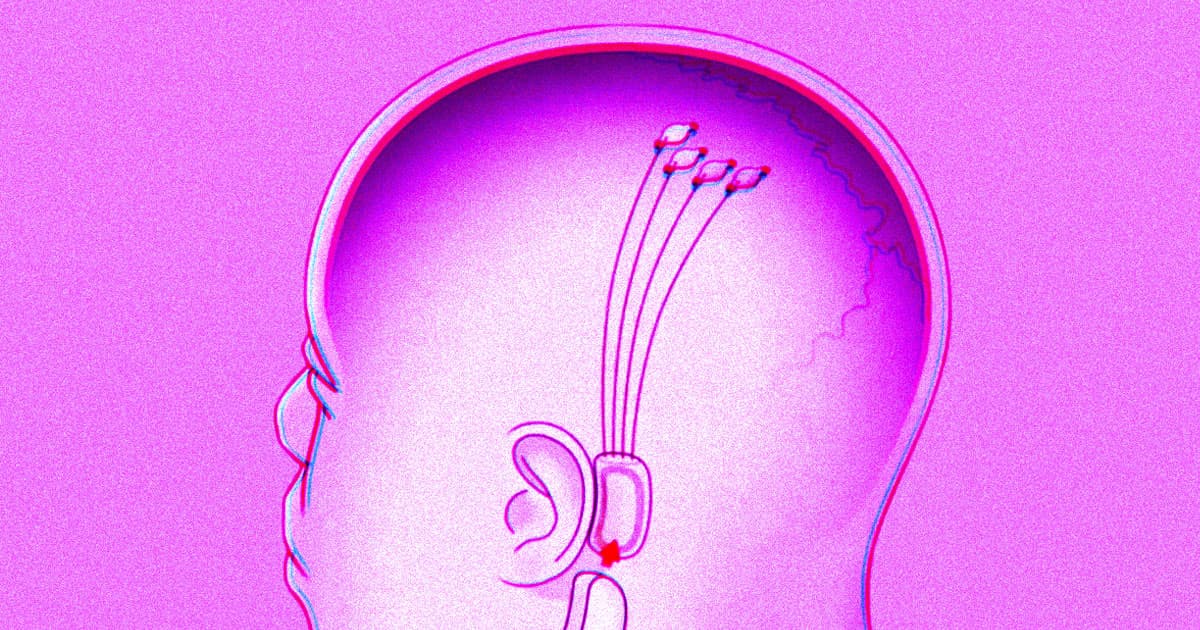 Neuralink cofounder Elon Musk says that the neurotechnology company plans to put brain chips in humans as soon as next year.

Musk announced the timeline during an interview at The Wall Street Journal CEO Council Summit on Monday — in remarks spotted by Insider — where he was asked about Neuralink’s goals for 2022. The billionaire referenced the company’s success in implanting neurochips in monkeys before outlining its human goals.

"We hope to have this in our first humans — which will be people that have severe spinal cord injuries like tetraplegics, quadriplegics — next year pending FDA approval," Musk said at the event.

Yesterday, Musk took to Twitter to outline the 2022 goal again, saying that progress "will accelerate when we have devices in humans (hard to have nuanced conversations with monkeys) next year."

While the timeline might seem ambitious at first blush, it would actually represent a delay from Musk's original goals.

In 2019, Musk said that he hoped to see human trials by mid-2020. Granted, there was a pandemic-sized wrench thrown into those plans. However, this February, Musk tweeted that Neuralink "might be able to do initial human trials later" in 2021 — which didn’t pan out either.

It’s on brand for Musk to completely miss self-imposed deadlines in practically every company he’s been involved with. So we wouldn’t hold our breath on seeing Neuralink actually completing initial human trials next year.

Neuralink is also relatively beleaguered as of late. Rival neurotech startups are beating it to the punch with human trials. Also, it doesn’t help that one of its co-founders has mysteriously departed the company and started a new, and seemingly competitive, neuroscience startup.

Still, if the company can hit the ground running next year with actual human trials, it would mark a major achievement. Let’s just hope that, when the dust settles, it doesn’t end up like some of Musk’s other ventures.

2.08.23 Developments
Hot Tubs Are Filled With Things Too Horrifying to Mention, Scientists Say
Talk about a hot tub grime machine.
By Noor Al-Sibai / Read More >>
2.06.23
Scientist Suggests Tweaks for Genetically Altered Supersoldiers
Is this a sneak peek?
By Noor Al-Sibai / Read More >>
2.05.23 Robotics/Prosthetics
Scientists Working on Third Arm You Control Using Your Brain
Unused neural signals from the brain could hold the key.
By Frank Landymore / Read More >>
Keep up.
Subscribe to our daily newsletter to keep in touch with the subjects shaping our future.
+Social+Newsletter
TopicsAbout UsContact Us
Copyright ©, Camden Media Inc All Rights Reserved. See our User Agreement, Privacy Policy and Data Use Policy. The material on this site may not be reproduced, distributed, transmitted, cached or otherwise used, except with prior written permission of Futurism. Articles may contain affiliate links which enable us to share in the revenue of any purchases made.
Fonts by Typekit and Monotype.