Neuralink Releases Video of Monkey Playing Pong With Its Mind 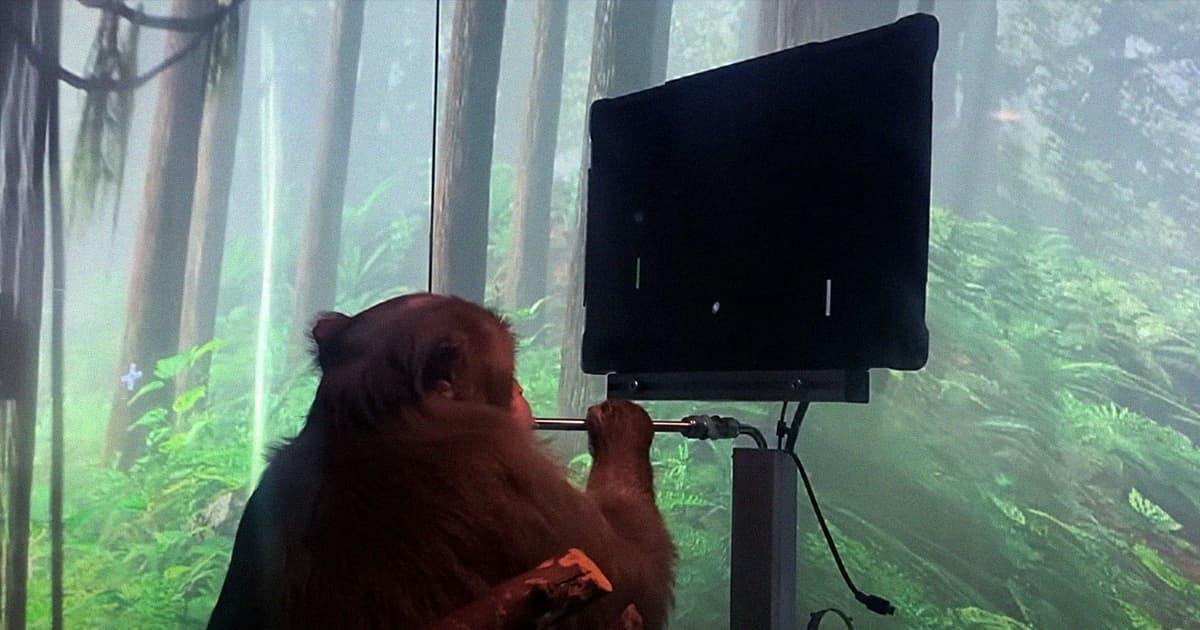 Elon Musk's brain computer interface company Neuralink has shown off an impressive new demo: a nine-year-old macaque called Pager playing a game of Pong using only the signals in its brain.

In a video uploaded to YouTube, the Neuralink team shows the monkey first playing a simple video game using a joystick. A reward, in the form of a swig of banana smoothie, is delivered through a metal straw each time the monkey completes a task in the game.

Later on in the video, the team fully disconnects the joystick. Two Neuralink implants, first implanted six weeks prior in the monkey's brain, allow Pager to fully take control over the video game using only the brain-computer interface.

It's an impressive feat, allowing the simian take full control over a paddle on a screen through a computer that decodes the signals being sent its brain to its limbs. If the claims in the video are to be believed, it shows that Neuralink has made significant strides over the last couple years.

The news also comes after Neuralink showed off several live pigs with the Neuralink implanted in their skulls back in August 2020, demonstrating that the device is safe.

The team is hoping to use similar technology to allow those with paralysis to use a computer or phone "with their brain activity alone," according to the video.

"It's not magic," a voiceover says in the video. "The reason Neuralink works is, because it's recording and decoding electrical signals from the brain. Great game, Pager!"

That's not an overstatement. Pager is astonishingly good at "MindPong," if the video is to be believed, reacting to minute movements in real time.

In fact, according to a recent tweet by founder Elon Musk, the company's first "product will enable someone with paralysis to use a smartphone with their mind faster than someone using thumbs."

Still, the results should be taken with the usual grain of salt. This isn't the usual way of releasing scientific data, as The Verge was quick to point out. The scientists have yet to publish a peer-reviewed paper in a scientific journal, for instance.

And Musk himself delivered the news with a characteristic sense of whimsy.

"Soon our monkey will be on [T]witch and [D]iscord," he tweeted, adding "haha."

More on Neuralink: Neuralink Co-Founder Has an Idea for a New Religion