Neuralink Co-Founder Has an Idea for a New Religion 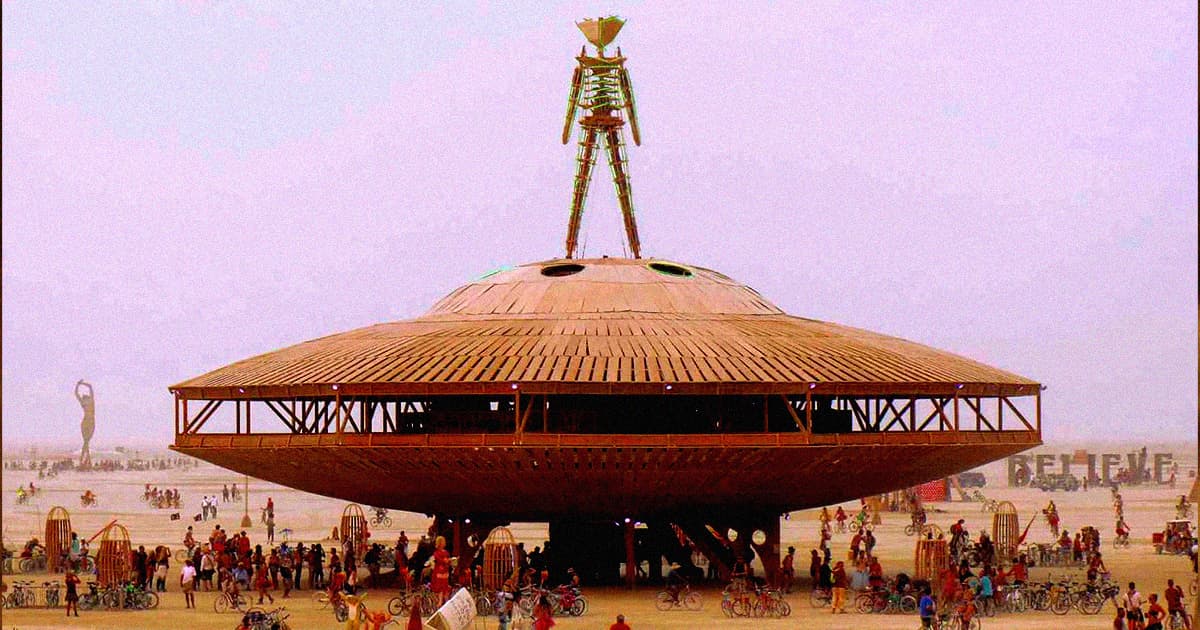 Max Hodak, the entrepreneur who co-founded neurotech company Neuralink alongside Elon Musk, has an idea for an entirely new religion — and it involves tripping on natural substances to feel the presence of God.

"Increasingly believe there is an opportunity for a new religion," Hodak tweeted in reply to productivity startup Forte Labs founder Tiago Forte.

Forte had said that "after a decade as an atheist I think I’ll try religion again," and was looking for recommendations for a religion that respects science, cares about the underprivileged, and is also not "evangelistic or politically active."

Forte's quest set up an interesting idea by Hodak. What if there was a religion that "embraces the weirdness of math and physics" and is facilitated by "entheogens," an umbrella term for psychoactive substances ingested for religious or spiritual purposes including ayahuasca and LSD?

Needless to say, it's a rather unusual idea coming from a man who co-founded a company with the express intent to physically access your brain via a "brain-machine interface."

To Hodak, such a religion would offer "practical moral guidance" and also create a sense of community, something that people already "get through church."

Other Twitter users willing to take up the biomedical engineer on the idea pointed out that it might already exist, in the form of the Burning Man festival, which has existing cachet in the startup crowd.

"The Man Burn should definitely be a high holiday in such a religion," he responded in a follow up tweet, referring to the act of a massive "Temple" being constructed over the eight days of the popular art festival and burned to the ground on the final night.

Besides, plenty of "Burners" already have a tendency to embrace "weirdness" by ingesting "entheogens."

It's not the first time Hodak has entertained some mind-bending concepts. Just last week, he suggested that video games are about to become a lot more real.

"We’re gonna need a better term than ‘video game’ once we start programming for more of the sensorium," he tweeted.

It can be difficult to reconcile technological progress with more traditional forms of spirituality — but that doesn't mean it's impossible.

Would a microchip implanted in the brain perhaps facilitate a religion based on a decentralized, science forward way of thinking, as Hodak suggests? That would be speculation, but the idea is intriguing.

But one thing is for sure. Silicon Valley executives aren't afraid to entertain provocative ideas in the open, no matter how far fetched.

Read This Next
Endless Drama
Experts Say Elon Musk Messed Up by Having Secret Children With His Employee
Doom Slayer
Scientist Who Trained Rats to Play "Doom II" Says He May Start Twitch Channel
Futurism
There's Now A Religion Based On the Blockchain. Yes, Really.
Futurism
2017: As Told Through Elon Musk's Tweets
Futurism
How Will We Keep Our Thoughts Private in the Age of Mind-Reading Tech?
More on Future Society
Primate Theft
8:00 PM on the byte
It Was a Very Bad Weekend for Monkeys Being Stolen From Zoos, Apparently
Ring The Alarm
3:40 PM on the byte
Whistleblower Claims Facebook Can Secretly Drain Your Phone's Battery on Purpose
I Silence Thee
Jan 28 on futurism
Leaked Messages Seem to Show Elon Musk Using Twitter to Punish His Enemies
READ MORE STORIES ABOUT / Future Society
Keep up.
Subscribe to our daily newsletter to keep in touch with the subjects shaping our future.
+Social+Newsletter
TopicsAbout UsContact Us
Copyright ©, Camden Media Inc All Rights Reserved. See our User Agreement, Privacy Policy and Data Use Policy. The material on this site may not be reproduced, distributed, transmitted, cached or otherwise used, except with prior written permission of Futurism. Articles may contain affiliate links which enable us to share in the revenue of any purchases made.
Fonts by Typekit and Monotype.