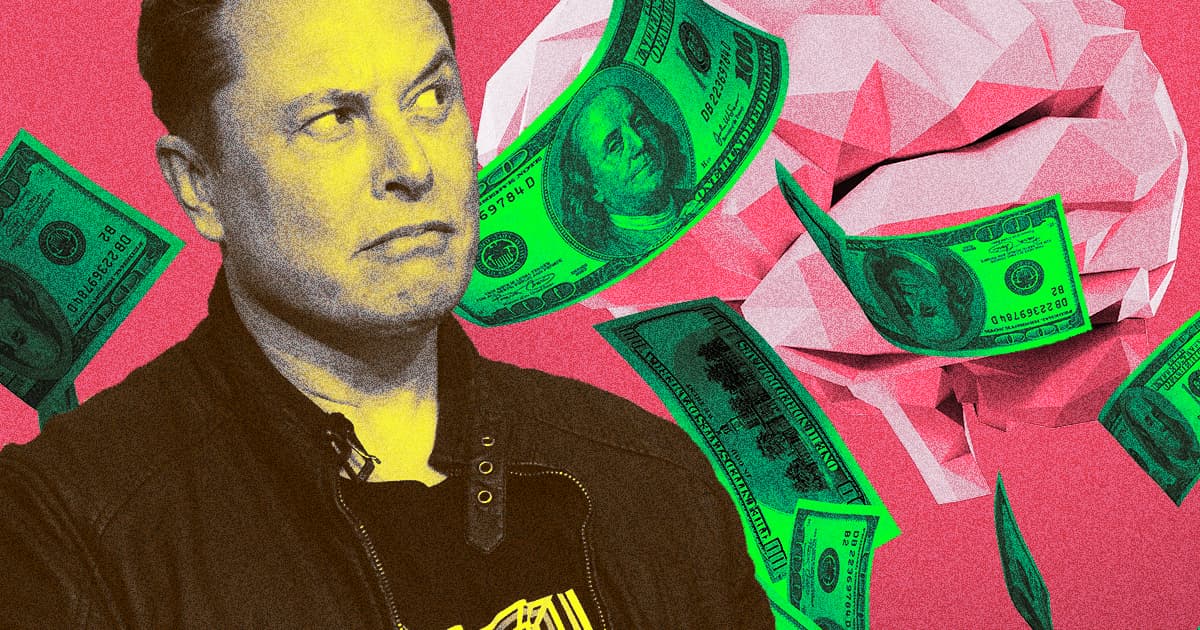 When Neuralink co-founder Max Hodak announced his enigmatic departure from the company earlier this year, it was unclear whether he quit due to disagreements with fellow co-founder Elon Musk or if he was fired for moving too slow on clinical trials.

Now, Futurism has learned, Hodak is working on what appears to be a well-funded new brain interface venture called Science Corp. According to an SEC filing from July, Hodak has already raised more than $47 million from 14 investors for the new company — not quite as much as Neuralink’s $363 million to date, but a rousing start that could signal growing competition in the nascent neurotech market.

Moreover, Hodak appears to be taking some talent from Neuralink with him. Alan Mardinly, Neuralink's longtime director of biology, recently changed his LinkedIn account to say that he has been working at a "stealth startup" since July 2021 and left his position at Neuralink in August 2021 — and posted a link to Science Corp's hiring page along with an exhortation to "join early," strongly suggesting that he’s on board the venture.

A Neuralink hardware engineer named Corey Wolin also appears to have moved to Science Corp, ending his relationship with Neuralink on LinkedIn and posting a link to the same hiring page.

"We’re hiring!" Wolin wrote. "Opportunity to join early at a new startup working at the intersection of biology and electronics."

If you know anything about what Science Corp is working on, we’d love to hear from you. You can email the author of this story at simon_reporting@protonmail.com.

Though none of the former Neuralink employees would comment on the record, their research backgrounds and the company’s hiring page offer numerous clues that Science Corp is likely focusing on neuroscience tech that leverages gene-editing and optogenetics, a field of biology that uses light to interact with neurons, as the foundation for its work.

Mardinly’s previous research projects, for instance, involved using biological light-sensing receptors to read and encode brain activity. And the company’s hiring page is seeking specialists in areas including CRISPR gene-editing technology, the mass-production of stem cells, optics design, and surgical tool development — a menu which, all told, suggests similar work to Neuralink but with a deeper interest in bioengineering.

Hodak and the other former Neuralink employees may have ditched the mercurial Musk — unless he’s quietly helping fund Science Corp — but they’ve already accumulated some eccentric bedfellows at the new venture.

The most notable is Jed McCaleb, the founder of the infamous cryptocurrency exchange Mt. Gox, which in 2014 — after McCaleb’s departure, but while he remained a minority shareholder — became the target of a hack in which attackers stole 850,000 bitcoin, a haul that would be worth more than $40 billion at today’s prices.

McCaleb, who is now listed as director of Science Corp, later became embroiled in ongoing SEC litigation for Ripple Labs, where he served as CTO of another blockchain project. He is currently serving as CTO of the cryptocurrency startup Stellar.

Now that he’s in the brain interface business, McCaleb — who, like the former Neuralink employees, declined to comment — may also be looping in yet another project, the Astera Institute, a nonprofit that says it’s focused on "revolutionary engineering developments.”

"Our focus is on R&D with multiplier-effect potential for civilization," reads the Astera Institute’s site. "We work in the innovation ‘valley of death’ shepherding novel engineering towards the light of day."

"There’s a reason that moonshots and Manhattan projects have been the domain of governments," the site continues, ominously referencing the United States program that developed the first atomic bomb. "However we believe that bold engineering should not be left entirely to the state or the market — there exists a critical niche in the system, an alternate organizational model where resources can be strategically deployed for maximum effect and engineers freed from the incentives of profit and reputation."

According to a talk given by McCaleb in June of this year, the Astera Institute is looking to validate machine learning models for brain activity. Circumstantially, it seems likely that Astera is involved with — or possibly bankrolling — Hodak’s work at Science Corp.

At Neuralink, Hodak was tasked with running the company’s operations, including receiving approval for clinical trials in people with paralysis. In 2020, several former Neuralink employees complained to STAT News about unrealistic expectations and a push to clinical trials which still haven’t materialized a year later.

A source familiar with the situation emphasized that Hodak was not working on Science Corp during his time at Neuralink.

The new venture also seems to have already locked down a substantial research facility, according to the SEC filing, which lists an address in Alameda, CA that appears to include more than 21,000 square feet of space.

Moving from Neuralink to Science Corp, Hodak is moving from one controversial billionaire in Elon Musk to a new crew of colorful personalities.

Whether that dynamic will create the type of public rivalry Musk is known for is anyone’s guess — but regardless, it will be fascinating to see whether it can reach clinical trials before Neuralink, which has already been beaten out by a 20-person startup called Synchron.

More on Neuralink: Did Elon Musk Quietly Fire the President of Neuralink?

Read This Next
Eyes Have It
Meet the Neuralink Cofounder Who Left and Started a Competitor That's Now Rapidly Catching Up
Butcher Shop
Neuralink Employees Admit Company Has Killed 1,500 Animals So Far
So Sue Me
Battle Erupts Over Alleged Grisly Photos of Brain-Hacked Neuralink Monkeys
Brain Gang
Did Elon Musk Quietly Fire the President of Neuralink?
Monkey See
Expert: New Neuralink Demo is Basically Tech From the Early 2000s
More on Enhanced Humans
Brain-Computer Im...
Jan 3 on the byte
Neuralink Cofounder Says New Company's Eye Implant Could Be "Ultimate" VR Tech
Skull Candy
10. 24. 22 on the byte
A Guy Lost His Eye and Put a Bright Light Into the Socket
Synchron Eyes
8. 23. 22 on the byte
Frustrated With Neuralink's Slow Progress, Elon Musk Approaches Competitor
READ MORE STORIES ABOUT / Enhanced Humans
Keep up.
Subscribe to our daily newsletter to keep in touch with the subjects shaping our future.
+Social+Newsletter
TopicsAbout UsContact Us
Copyright ©, Camden Media Inc All Rights Reserved. See our User Agreement, Privacy Policy and Data Use Policy. The material on this site may not be reproduced, distributed, transmitted, cached or otherwise used, except with prior written permission of Futurism. Articles may contain affiliate links which enable us to share in the revenue of any purchases made.
Fonts by Typekit and Monotype.