We haven't seen the photos yet, but they sound gruesome. 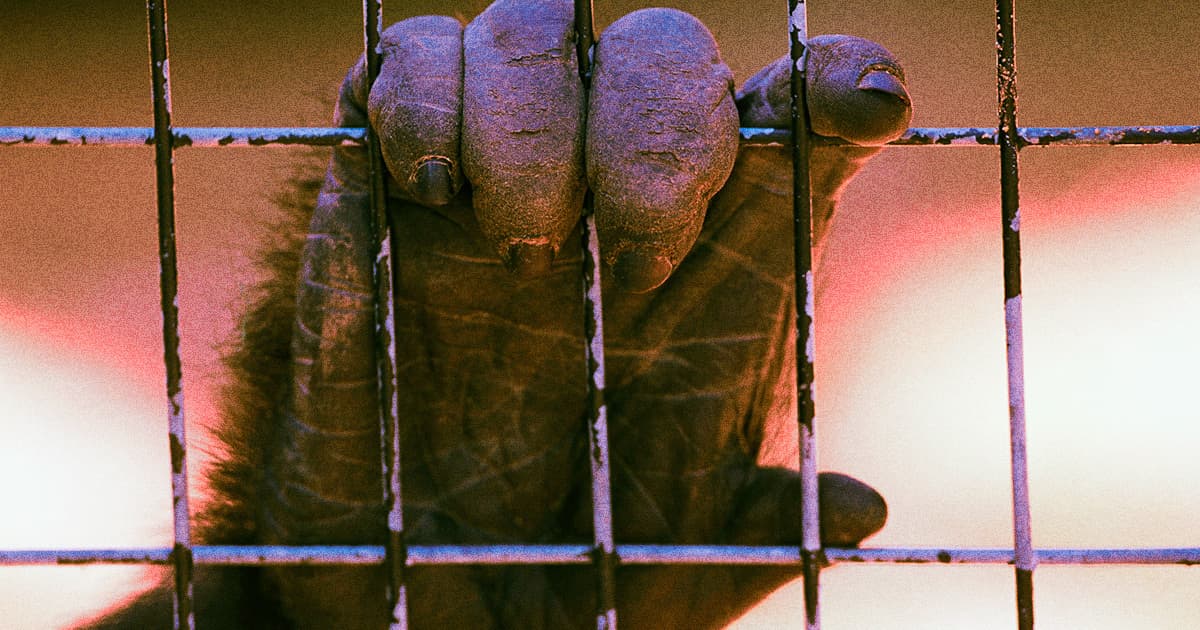 A California university is refusing to release a cache of grisly photos of monkeys reportedly injured during experiments testing Elon Musk's Neuralink brain implant technology, in spite of a lawsuit aiming to force the school's hand.

In a press release, the Physicians Committee for Responsible Medicine (PCRM) advocacy group said that it had learned that the University of California, Davis is in possession of 371 photos of the experimented-upon monkeys that were subjected to Neuralink tests, which took place at the school's veterinary lab facilities.

Earlier this year, Neuralink admitted that a fifth of the 23 rhesus macaques monkeys it used to test its brain-hacking implants had been euthanized after developing infections and malfunctions. Bolstering PCRM's credibility, that admission came in the wake of its a complaint it filed against Neuralink.

Now, PCRM says it learned that UC Davis is in possession of the hundreds of photos depicting, among other things, "necropsies of animals killed" in the experiments after filing a lawsuit against the school in February over its shielding of the photos, which the university argues are "proprietary."

"UC Davis thinks the public is too stupid to know what they’re looking at," Physicians Committee research director Ryan Merkley said in the press release. "But it’s clear the university is simply trying to hide from taxpayers the fact that it partnered with Elon Musk to conduct experiments in which animals suffered and died."

The nonprofit said in the release that it had learned through its lawsuit that Neuralink paid UC Davis $1.4 million to use its facilities between 2017 and 2020.

As the release notes, the school has already released hundreds of pages of documents which "showed monkeys suffering from chronic infections, seizures, paralysis, and painful side effects following [the] experiments."

In February, UC Davis and Neuralink both responded to the lawsuit by issuing statements saying that they had complied with established research protocols and regulations. UC Davis directed Futurism to that February statement, and added that the school has "fully complied with the state law in responding to PCRM’s public records request." Futurism has also reached out to Neuralink for comment regarding the lawsuit and its plans to prevent such harm from coming to animal research subjects in the future.

For now, we don't know how gruesome the photos of the experimented-upon macaques may be — and until the school or Neuralink is forced to give them up, we'll have to contend with our imaginations.

More Neuralink nastiness: Experts Say Elon Musk Messed Up by Having Secret Children With His Employee

Read This Next
Eyes Have It
Meet the Neuralink Cofounder Who Left and Started a Competitor That's Now Rapidly Catching Up
Butcher Shop
Neuralink Employees Admit Company Has Killed 1,500 Animals So Far
New Coke
Departed Neuralink Co-Founder Locks Down $47 Million for Secretive Neuroscience Startup
Brain Gang
Did Elon Musk Quietly Fire the President of Neuralink?
Monkey See
Expert: New Neuralink Demo is Basically Tech From the Early 2000s
More on Enhanced Humans
Brain Transparency
Feb 3 on futurism
Duke Professor Welcomes the "Promising" Future of Employers Reading Your Brain
Brain-Computer Im...
Jan 3 on the byte
Neuralink Cofounder Says New Company's Eye Implant Could Be "Ultimate" VR Tech
Skull Candy
10. 24. 22 on the byte
A Guy Lost His Eye and Put a Bright Light Into the Socket
READ MORE STORIES ABOUT / Enhanced Humans
Keep up.
Subscribe to our daily newsletter to keep in touch with the subjects shaping our future.
+Social+Newsletter
TopicsAbout UsContact Us
Copyright ©, Camden Media Inc All Rights Reserved. See our User Agreement, Privacy Policy and Data Use Policy. The material on this site may not be reproduced, distributed, transmitted, cached or otherwise used, except with prior written permission of Futurism. Articles may contain affiliate links which enable us to share in the revenue of any purchases made.
Fonts by Typekit and Monotype.