"Engineering the brain is really this very transcendent goal if you take it seriously." 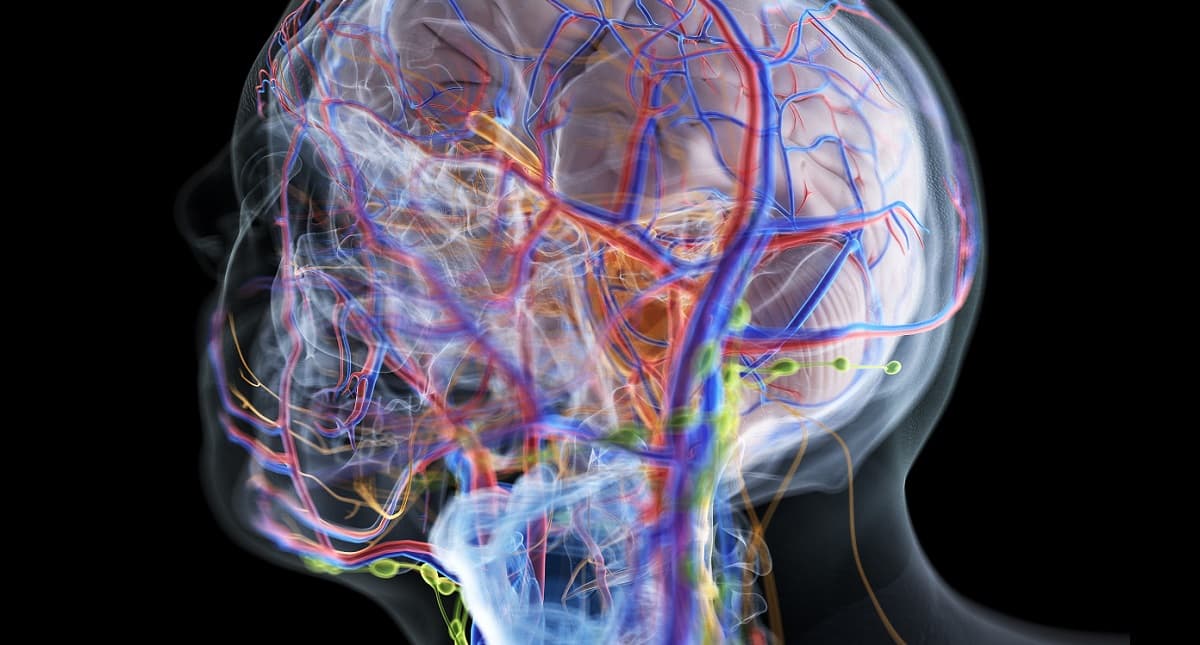 In the world of brain-computer interfaces, there are few names gaining notability faster than Max Hodak, the founder of Science Corp — a newcomer in the industry that kicked off just last year, but which has already raised $160 million in total funding, putting it second only to Elon Musk’s Neuralink.

In fact, Hodak started Neuralink alongside Musk back in 2016. But in 2021, amid growing controversy and long-delayed human trials, he left the company — leaving only two out of eight original cofounders — and quietly launched Science Corp to pursue similar but distinct work.

Science Corp’s first major project is the Science Eye. It’s basically an attempt at a prosthetic eye for blind people, but unlike any that have come before because, it combines gene editing to the optic nerve with a special implant. The Science Eye still in animal trials, but its potential is clearly wooing investors — so we decided to catch up with Hodak to hear about what the company’s working on, how its test subjects are doing, and what comes next.

This interview has been edited for length and clarity.

Futurism: So, tell us about the Science Eye. How does it work and what does it do?

Max Hodak: The Science Eye has two parts: a simple gene therapy to add a protein to the cells of the optic nerve which makes them light sensitive, and a thin-film microLED display that is laid over the retina to drive the altered cells. The protein we deliver isn't sensitive to ordinary daylight, only the flexible microLEDs we implant. These parts together should allow the restoration of vision in patients who have lost the photoreceptor cells, like rods and cones, resulting in blindness.

You've already implanted the science eyes in some bunnies, right? How are they doing?

They're doing well! We do end up needing to look carefully at the tissue imaging to figure out if the gene therapy is working or if the implant is doing something unexpected, but we try to use as few animals as possible.

What exactly are you looking for in the bunnies that signals success? What has the success rate been so far?

​We're recording from their visual cortex using traditional electrodes and seeing if we can recover the stimulus we stimulate into the retina through the microLED array, as a basic proof of principle that the signals are getting into the brain. It's R&D, but it's definitely working.

Why did other companies that tried to do this in the past fail? How’s Science Eye avoiding those mistakes?

There are many players working on visual prostheses. Second Sight and Pixium Vision were early leaders and use traditional electrodes; we think in the long run traditional electrodes will preclude truly high-resolution vision, though given there's nothing available at all right now for these patients, they are plausibly better than nothing. There are also companies using optogenetics, namely Bionic Sight and GenSight, but they use projectors mounted on glasses to drive their opsin proteins, which doesn't move with the eye and has many drawbacks relative to our flexible microLED technology which keeps a constant cell-to-pixel mapping as the patient looks around and moves.

How long do you think it'll be before you can implant the Science Eye in a human patient?

If the tech proves to be successful in patients, do you think there could be demand for a commercial version? If so, what sort of services do you think it might be able to provide?

We do think that our visual prosthesis work eventually evolves into something mass-market, but it will be a different underlying technology, not the microLED film. We probably won't have much more to say on this until the first version of the Science Eye is in patients, but yeah, we think we see a way to create what ends up as the ultimate AR/VR display technology without meaningful surgery.

After the Science Eye, what are other products you'd like to develop at Science Corp?

So many! We'll have more stuff to announce over the next year.

This seems like a much more specific and focused endeavor than Neuralink. Did you learn anything while developing Neuralink that informed this vision?

​The technical approach we're developing is extremely different from what Neuralink was doing. Ultimately, though, our vision goes well beyond just clinical visual prostheses. But we want to let ambition grow with success rather than making big statements about things we may or may not do in the future at this point. Right now we're just focused on getting our first product into patients.

Bloomberg reported last month that Science Corp is now the second best-funded brain computer interface venture. Why do you think investors are drawn to your work?

Engineering the brain is really this very transcendent goal if you take it seriously. Once you realize it's possible, I think it's hard not to be drawn to it, whether for me as an operator or our team, or as an investor. There's obviously a significant credibility barrier today about what's actually possible here, but the potential upside is so enormous if you can figure out how to do it I think it's very rational to support financially at the high level it requires to make the attempt.

I love playing around with new tech and devices but I haven't really gotten the appeal of VR or AR just yet. It gets me wondering what's different with the Science Eye, and what is the mass-market appeal exactly? Is there something I'm missing about the potential of using VR/AR in day-to-day life?

The Science Eye as publicly described today is not an AR/VR device, at least certainly not for sighted people. It's possible that a successor device, if we can get the technology to work, might enable that. AR and VR are very different things. The potential of VR is real and almost so obvious that it's easy to miss, but strapping a phone to your face and walking through your coffee table isn't it. It's easy to immerse someone's vision and hearing, but very difficult to put the rest of their body there, too, so they can run and jump and feel the breeze fluently. I think this will take many years and may be tough to translate to a true consumer device.

For AR, it's obvious to me now that AR is the logical conclusion of the smartphone. Apple is working on glasses, and I suspect these will ultimately supersede the iPhone. AR isn't just a screen hovering in your vision: for it to really be immersive, it has to be semantically aware of the world and what you're looking at. I think Apple understands this and it's a big reason they've been investing so heavily in low power on-chip machine learning, since the real hard part of AR is running scene recognition in real time on a wearable, though the display technologies have a way to go also. In the long run, I think there will be fundamental limits to how crazy of a product experience can be enabled by worn glasses, and an approach which moves with the eye and is completely full-field, and also works when the eyes are closed, will be superior and one of those truly psychedelic product moments when it's possible.

You mentioned the importance of getting the Science Eye to the clinic over making grand statements. Do you feel some of the presentations and hype around brain computer interfaces has hindered its progress or set unrealistic expectations?

Ultimately the only thing that really matters is getting useful products to patients in need. Hype can be useful for attracting talent and capital to the space, so long as we just all remember that it's not an end in itself. Knowing them, I don't think anyone at any of the major companies in this space would confuse that.

As a cat person, I would be remiss in not asking about how your cats are doing. Curious if thinking about how cats (and other animals) perceive and process their environment played some influence in the Science Eye?

​Our cats are doing great! And there's even a conference room in our office outfitted with cat furniture; employees can bring in their cats from time to time. (Early Google invited employees to bring in their dogs, and we've too tried to be as pet friendly as practical.) Thinking about animal perception didn't necessarily influence the design of the Science Eye, but it is super fascinating to think about how perception varies as you go down the evolutionary tree and eventually end up as the basic fundamental atoms of perception.

You mentioned trying to use as few animals as possible. Are those comments related to the high number of animals used in experiments in Neuralink? ​

No, and I have nothing bad to say about Neuralink. I know the team at Neuralink also cares about using as few animals as possible, recent out-of-context coverage notwithstanding. For sure no one is sitting around thinking about how to use extra animals.

Do you think it's possible Science Corp will implant its device in a human patient before Neuralink?

​I think that's unlikely, and also it's important to avoid racing others to humans. The manned space program long ago discovered the risks of go-fever in situations like this; we're doing our own thing on our timeline.

Have you spoken to Elon Musk since leaving Neuralink?

Read This Next
Butcher Shop
Neuralink Employees Admit Company Has Killed 1,500 Animals So Far
So Sue Me
Battle Erupts Over Alleged Grisly Photos of Brain-Hacked Neuralink Monkeys
New Coke
Departed Neuralink Co-Founder Locks Down $47 Million for Secretive Neuroscience Startup
Brain Gang
Did Elon Musk Quietly Fire the President of Neuralink?
Monkey See
Expert: New Neuralink Demo is Basically Tech From the Early 2000s
More on Enhanced Humans
Brain Transparency
Feb 3 on futurism
Duke Professor Welcomes the "Promising" Future of Employers Reading Your Brain
Brain-Computer Im...
Jan 3 on the byte
Neuralink Cofounder Says New Company's Eye Implant Could Be "Ultimate" VR Tech
Skull Candy
10. 24. 22 on the byte
A Guy Lost His Eye and Put a Bright Light Into the Socket
READ MORE STORIES ABOUT / Enhanced Humans
Keep up.
Subscribe to our daily newsletter to keep in touch with the subjects shaping our future.
+Social+Newsletter
TopicsAbout UsContact Us
Copyright ©, Camden Media Inc All Rights Reserved. See our User Agreement, Privacy Policy and Data Use Policy. The material on this site may not be reproduced, distributed, transmitted, cached or otherwise used, except with prior written permission of Futurism. Articles may contain affiliate links which enable us to share in the revenue of any purchases made.
Fonts by Typekit and Monotype.