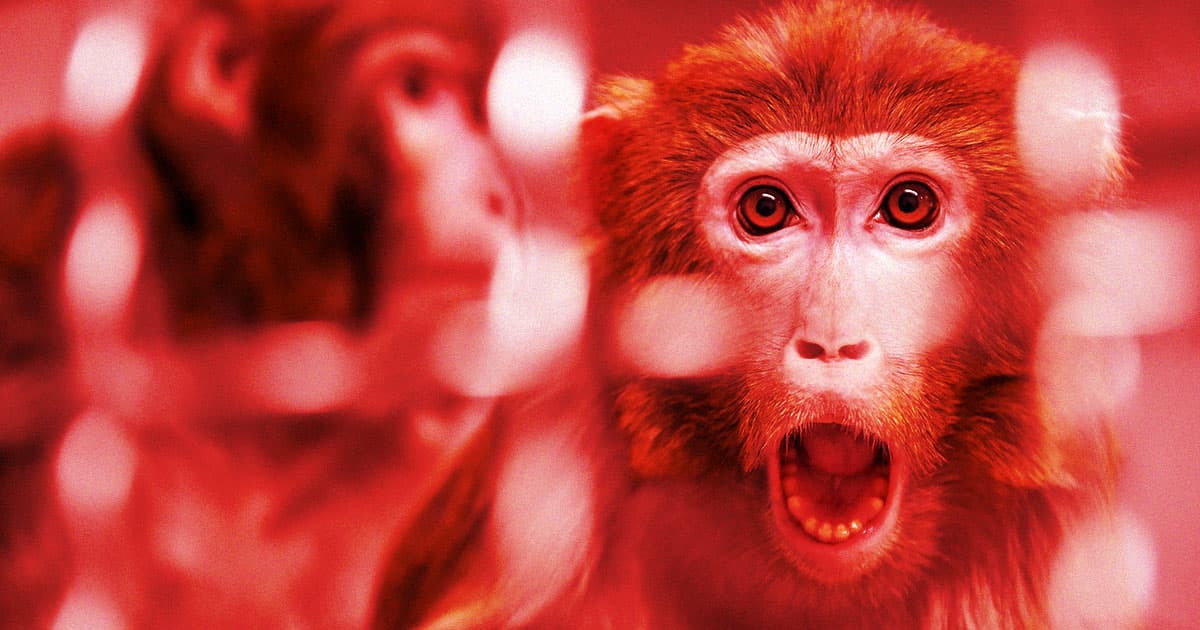 On the heels of animal rights nonprofit Physicians Committee for Responsible Medicine (PCRM) filing a complaint against Neuralink for allegedly carrying out "invasive and deadly brain experiments" on 23 rhesus macaques monkeys, the company has responded via blog post to say that yes, they have euthanized a number of monkeys due to the brain experiments — and a substantial number were due to malfunctions and infections associated with its brain implants.

However, it vehemently denied abusing the animals or subjecting them to "extreme suffering," as PCRM alleges. It also contradicts the nonprofit’s claim that 15 monkeys died during experiments, saying that just eight were euthanized in trials.

"At Neuralink, we are absolutely committed to working with animals in the most humane and ethical way possible," the company said.

"The use of every animal was extensively planned and considered to balance scientific discovery with the ethical use of animals," it later added.

Two of the animals were euthanized at "planned end dates" to gather anatomical data, it said, while six others were put down due to a mix of surgical complications, a device failure, and device-associated infections.

Those last two deaths, needless to say, are striking. After all, Neuralink's ultimate goal is to implant its devices in human skulls at a commercial scale. And, though surely the company's goal is to improve monkeys' safety record, a device-related fatality rate of five out of 23 test subjects — that's approximately 21 percent — doesn't inspire robust confidence.

The brain-computer interface company is slated to begin human trials later this year. As such, it defended its use of animal research as "all novel medical devices and treatments must be tested in animals before they can be ethically trialed in humans."

"Neuralink is not unique in this regard," it said.

The company went on to detail the environment in which its animal subjects lived, as well as its diet and the "large, dedicated team of veterinarians, veterinary technicians, behaviorists, enrichment technicians, and animal care specialists" that cared for them.

Neuralink closed with a message saying that it looks "forward to a day where animals are no longer necessary for medical research" and will always strive to provide good care for its animals.

Still, it’s a message that will likely fall on deaf ears when it comes to PCRM and other animal rights groups that oppose any and all medical and scientific research involving living creatures. And it certainly doesn’t help that it admitted to killing eight monkeys during trials.

It’s also unlikely to stem the flow of bad press coming out of the brain-interface startup, including accusations that CEO Elon Musk is a terrible boss and that many experts are very unconvinced by its underlying technology.

12.06.22
As Elon Musk Promises Human Brain Implants in 6 Months, Remember He Promised a Million Tesla Robotaxis by 2020
12.01.22 Devices
Elon Musk Shows Off Monkey That Can Type With Brain Implant Instead of Typewriter
10.12.22 Developments
Elon Musk Has Reportedly Been Telling Friends About Benefits of Shrooms and MDMA
9.28.22 Rx/Medicines
Scientists Trick Mosquitoes Into Vaccinating Against Malaria by Biting
9.22.22
Study Suggests That This Particular Exercise May Boost Memory