"The documents reveal that monkeys had their brains mutilated in shoddy experiments and were left to suffer and die." 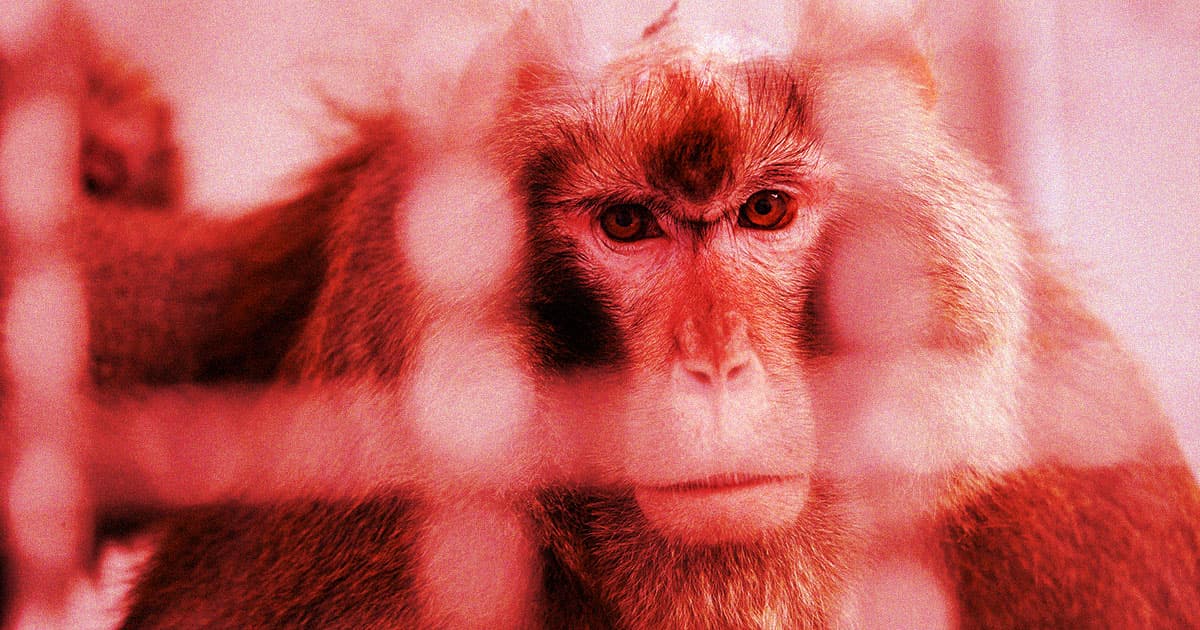 An animal rights advocacy group is accusing Neuralink — and Elon Musk specifically — of facilitating and funding the torture and mutilation of monkeys.

The Physicians Committee for Responsible Medicine (PCRM), a nonprofit that opposes the use of animals in medical research, filed a complaint with the USDA against Neuralink and the University of California, Davis for alleged violations of the federal Animal Welfare Act, according to a statement from the group seen by Futurism.

The group alleges that the university received $1.4 million from Musk’s Neuralink to carry out what it calls "invasive and deadly brain experiments" on 23 monkeys.

Among the complaints are claims that researchers screwed pieces of steel to the creatures’ skulls, destroyed portions of their brains with unapproved substances, and failed to provide them with veterinary care.

"UC Davis may have handed over its publicly-funded facilities to a billionaire, but that doesn’t mean it can evade transparency requirements and violate federal animal welfare laws," said Jeremy Beckham, research advocacy coordinator with PCRM.

"The documents reveal that monkeys had their brains mutilated in shoddy experiments and were left to suffer and die," Beckham continued. "It’s no mystery why Elon Musk and the university want to keep photos and videos of this horrific abuse hidden from the public."

The group also says that both UC Davis and Neuralink violated the Animal Welfare Act because they didn’t minimize pain and suffering for the animals, nor did they regularly observe to ensure they were healthy.

A spokesperson for UC Davis told Fortune that the university "thoroughly reviewed and approved" the research protocols used by Neuralink.

"We strive to provide the best possible care to animals in our charge," the UC Davis spokesperson told the magazine. "Animal research is strictly regulated, and UC Davis follows all applicable laws and regulations including those of the US Department of Agriculture."

Neuralink has yet to release a statement.

It’s no secret that the company has experimented on monkeys before. Just last year, Neuralink released a video that appeared to show a monkey playing a game of Pong using its mind.

So it’s no surprise that the work would gain the attention of an animal rights group. And if Neuralink's practices are as brutal as PCRM's allegations claim, the increased scrutiny might be absolutely worthwhile.

12.01.22 Devices
Elon Musk Shows Off Monkey That Can Type With Brain Implant Instead of Typewriter
10.12.22 Developments
Elon Musk Has Reportedly Been Telling Friends About Benefits of Shrooms and MDMA
9.28.22 Rx/Medicines
Scientists Trick Mosquitoes Into Vaccinating Against Malaria by Biting
9.22.22
Study Suggests That This Particular Exercise May Boost Memory
9.21.22 Developments
FDA Warns Americans to Stop Cooking Chicken in NyQuil