"There is no way to sugarcoat this." 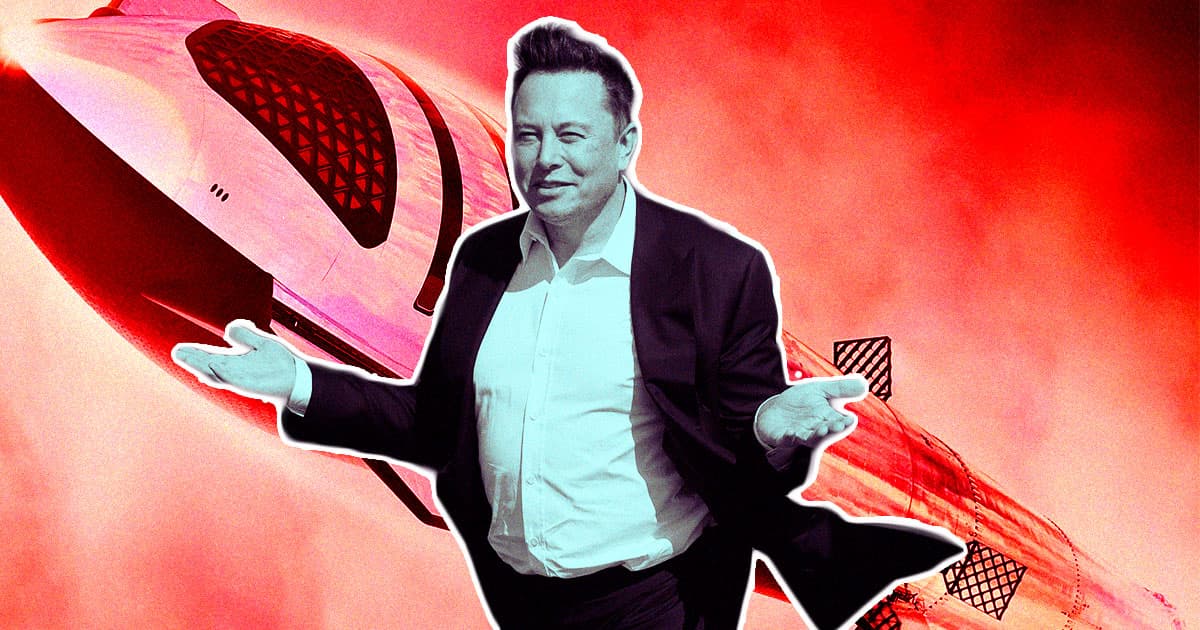 Things are getting dire at SpaceX — according to its CEO and founder Elon Musk, at least.

In a leaked company-wide email from Musk, first obtained by Space Explored and later confirmed by CNBC, the billionaire said that the lack of progress towards the company's Raptor engines puts the company at a "genuine risk of bankruptcy."

The situation is so dire, Musk said in the email, that SpaceX will need to achieve a Starship launch rate of one flight every two weeks in the next year to stave off financial disaster.

"Unfortunately, the Raptor production crisis is much worse than it had seemed a few weeks ago," Musk said in the email sent over Thanksgiving weekend. "As we have dug into the issues following the exiting of prior senior management, they have unfortunately turned out to be far more severe than was reported. There is no way to sugarcoat this."

The senior management he’s referring to is almost certainly SpaceX’s former VP of propulsion Will Heltsley, who departed the company in November following the lack of development surrounding the Raptor.

Musk continued to make his frustrations loud and clear in the email, while also stressing the severity of the situation. He even went as far as demanding his employees return to work despite it being a holiday weekend.

"Unless you have critical family matters or cannot physically return to Hawthorne, we will need all hands on deck to recover from what is, quite frankly, a disaster," he wrote.

Musk added that even though he had planned to take the weekend off, he would "be on the Raptor line all night and through the weekend."

The importance of these engines to the company can’t be overstated. They’re slated to play an outsized role in SpaceX’s goals in the next year, including powering the Starship rocket as well as its Super Heavy boosters, which it plans to use to reach the Moon.

The Starship rockets are crucial to fly the next generation of Starlink satellites into orbit, which are going to be key to SpaceX’s financial success. If the company can’t get the Raptor production going, that means it "can’t fly Starlink Satellite V2," according to Musk.

"Starlink V1, by itself, is financially weak, while V2 is strong," Musk admitted in the email.

Indeed, Musk hinted at the pressure in a tweet on November 16 regarding the engine’s development, saying that a "complete design overhaul is necessary for the engine that can actually make life multiplanetary."

Always one to end on a high note, the CEO closed his holiday message to his employees by stressing that the company’s financial future was on the line.

"What it comes down to, is that we face a genuine risk of bankruptcy if we can’t achieve a Starship flight rate of at least once every two weeks next year," he said.

The email is certainly a surprise considering that SpaceX and Musk typically like to project the company as a runaway success.

From securing lucrative contracts with NASA, to reaching a $100 billion valuation, to gearing up for a mission to the Moon, everything seemed to be going great — but it seems like things might just blow up for the company like so many rockets on a launch pad.