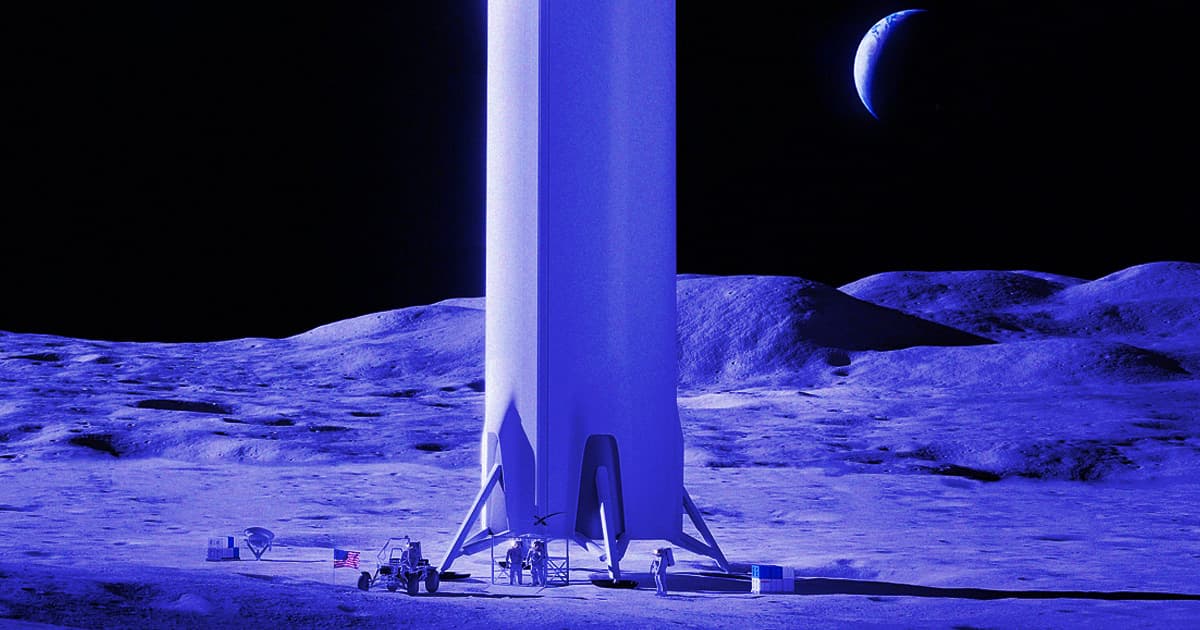 SpaceX Gets Huge Check From NASA for Moon Mission

SpaceX just got its first big round of funds from NASA to develop a lunar lander capable of sending the first astronauts to the surface of the Moon since the Apollo missions.

The Elon Musk-led company received a $300 million payment on July 30, according to official open source data that was spotted by keen-eyed SpaceX enthusiasts on Reddit.

It's the first payment SpaceX is owed since it was awarded NASA's coveted $2.9 billion Human Landing Systems (HLS) contract earlier this year. Despite several protests filed by competitors Blue Origin and Dynetics, the space company remains the only contractor developing the lander for NASA.

In other words, NASA is holding up its end of the deal the money, and the money is starting to flow in to get SpaceX's Starship to the Moon.

According to a recent report by the US Government Accountability Office, NASA has $345 million at its disposal for "Option A contract payments" this fiscal year, meaning that SpaceX has received most of the 2021 funding made available to the agency.

Blue Origin has put all of its weight behind getting NASA to sign it on as a SpaceX competitor. Founder Jeff Bezos has even pledged to give NASA a $2 billion discount to sweeten the deal for the underfunded space agency.

Astonishingly, SpaceX has received less funding than Blue Origin as part of the HLS contract. Blue Origin's National Team was awarded hundreds of millions during an early round of funding from NASA to design a lander in April 2020.

To date, Blue Origin has received a total of $479.7 million from NASA for the HLS contract. SpaceX has received only $439.6 million out of the $2.9 billion to date.

In short, SpaceX is doing more with less and Elon Musk hasn't shied away from throwing that in the face of Blue Origin.

For now, SpaceX is racing ahead with its plans to complete the first orbital launch of its Starship spacecraft. And given its track record over the last couple of years, the Moon may now be just around the corner.

More on SpaceX: Elon Musk: Each Starship Could Travel to Mars a Dozen Times