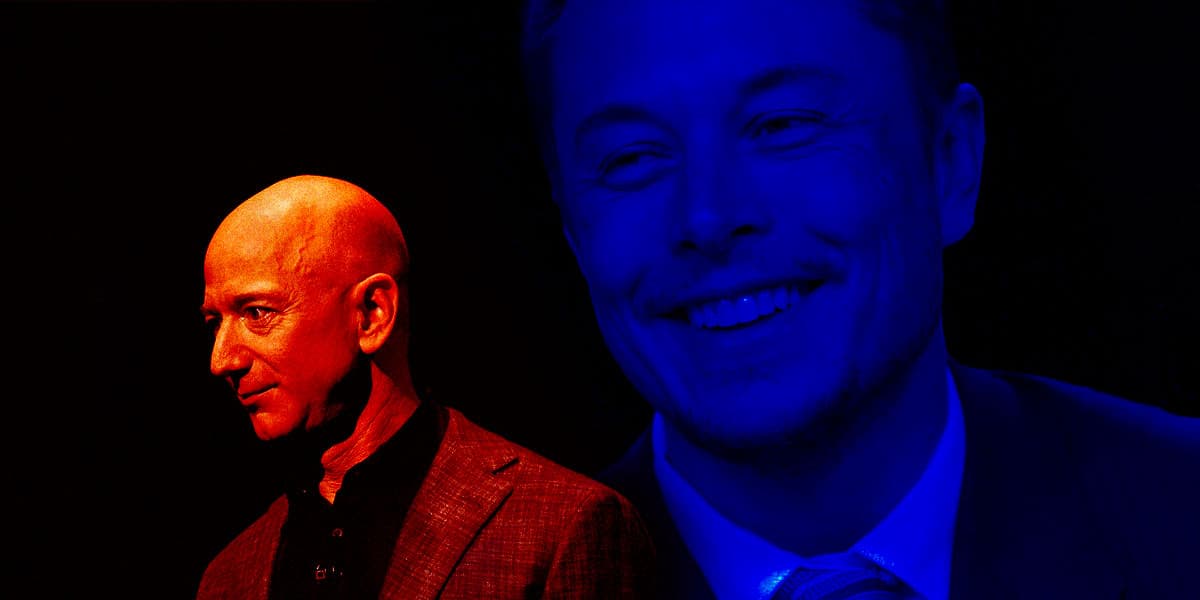 He also called him "Jeffrey Kisses" in Spanish.

He also called him "Jeffrey Kisses" in Spanish.

"No amount of money can defy physics," Musk tweeted in response to another post about Germany’s plan to invest $10 billion in hydrogen projects. He followed that up with another tweet that said, "As Jeffrey Besos [sic] is amply demonstrating."

As with so many of the Tesla CEO’s tweets, the post is a bit enigmatic and leaves some room for interpretation.

It can be reasonably assumed that he’s poking fun at Bezos’ attempts at space travel and exploration considering SpaceX’s chief rival in the aerospace industry is Blue Origin. After all, Bezos’ has reportedly been incensed due to high-paying federal contracts going the way of SpaceX.

However, it’s the misspelling of Bezos’ name that has us particularly intrigued ("Jeffrey Besos" translates into "Jeffrey Kisses" in Spanish). In any case, Musk is showing us he doesn’t even care enough to make sure his fellow billionaire's name is spelled correctly before sending off the tweet.

The shade throwing was a small part of a larger conversation about Germany’s investment in hydrogen technology — something Musk is famously against.

In fact, the Tesla CEO once called rival hydrogen-powered car startup Nikola’s technology “staggeringly dumb.” He ardently believes that hydrogen fuel cells are inefficient and not a viable method of producing energy for vehicles.

It’s a very fascinating conversation to have. In typical Musk fashion, though, he can turn a compelling discourse into yet another mudslinging meme post.