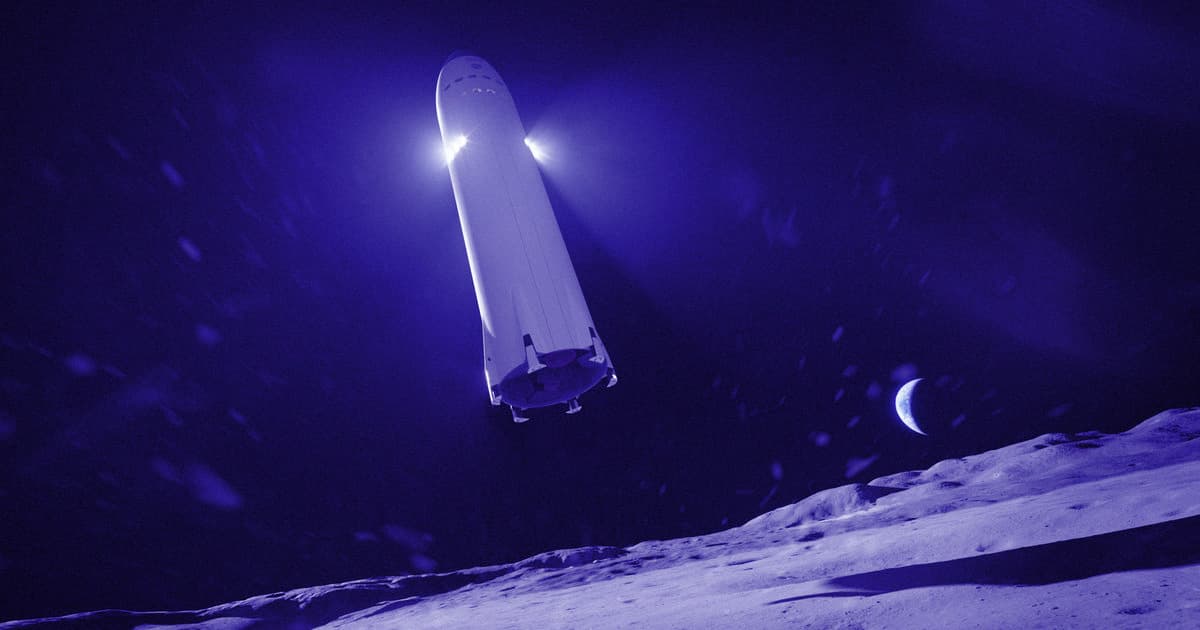 Today could be a big day for SpaceX and Starship.

Today could be a big day for SpaceX and Starship.

NASA officially announced that it's going to announce who it will choose to build a rocket capable of bringing the first astronauts to the Moon's surface since the Apollo missions.

But news of the decision may have just leaked to The Washington Post a little early.

According to documents obtained by the newspaper, NASA has officially chosen Elon Musk's SpaceX to to build a lunar lander variant of its Starship spacecraft as part of the agency's Artemis program — an extraordinary coup for the spacetech startup.

The goal is to return the first astronauts to the lunar surface since NASA's Apollo 17 mission in 1972.

According to the Post, SpaceX was awarded a $2.9 billion contract, beating Jeff Bezos' Blue Origin and Dynetics, an Alabama-based defense contractor.

Almost exactly a year ago, NASA announced that it awarded the three companies three massive contracts to develop a Human Lander System (HLS).

SpaceX received $135 at the time to develop the Starship, boosted by a Super Heavy rocket.

Development of the Starship spacecraft and its booster are well underway. SpaceX is hoping to launch its fifth full-scale prototype, dubbed SN15, some time next week. All four prototypes before it exploded upon (or slightly before or after, depending on the incident) landing.

SpaceX is hoping to have its Starship go orbital with the help of a Super Heavy prototype before the end of the year, with the first spacecraft making the long journey to Mars as soon as 2024, according to Musk.

If confirmed, the decision could come as a crushing blow to Bezos' Blue Origins. In May 2019, the Amazon founder revealed its design of its "Blue Moon" lander, which is designed to carry 6.5 tons to the surface of the Moon.

We will update the story once NASA makes its announcement at 4pm EDT.

More on Starship: SpaceX COO: “We Will Fly Large Numbers of People on Starship in Five Years”