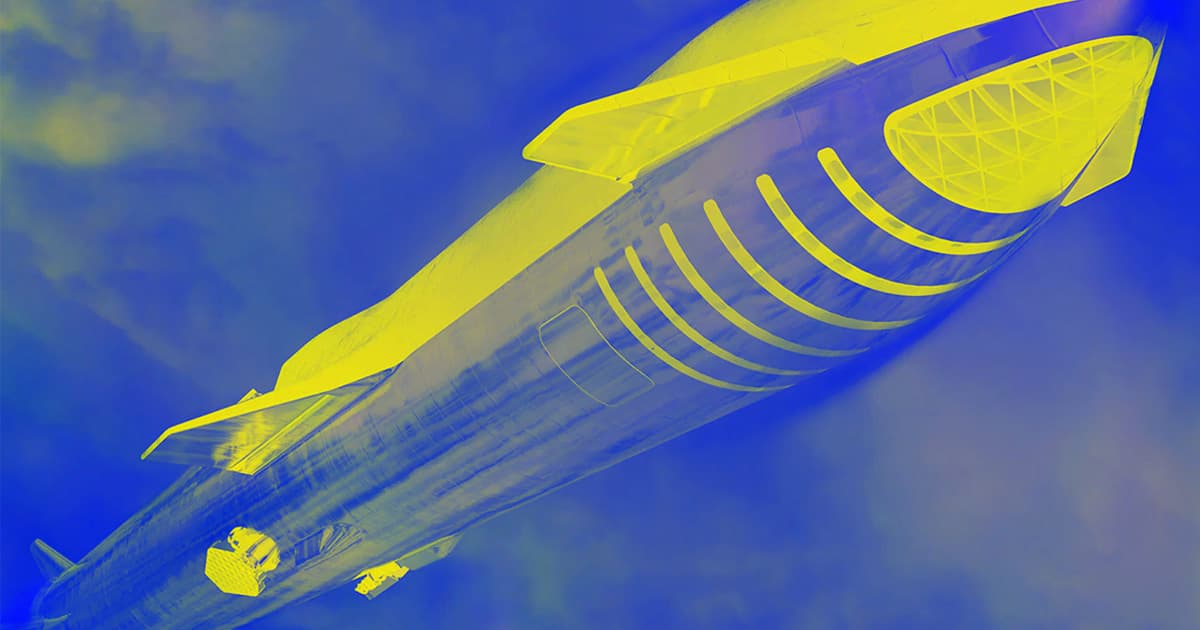 SpaceX COO: "We Will Fly Large Numbers of People on Starship in Five Years"

"Starship is an amazing machine."

"Starship is an amazing machine."

During a conference hosted by MIT's Department of Aeronautics and Astronautics, SpaceX COO and president Gwynne Shotwell reiterated the space company's desires to get its Mars-bound spacecraft Starship off the ground.

"Starship is an amazing machine," she said, as quoted by SpaceNews.

"I could not be more excited about a vehicle than I am about Starship," she added. "That is the vehicle that will take people in great numbers to the Moon, to Mars."

Since December 2020, SpaceX has flown four full-scale prototypes of the massive, 165-foot spacecraft so far at its test facilities in South Texas. But all four ended up exploding upon landing — or shortly before or afterward — after reaching an altitude of roughly ten kilometers.

Despite the explosions, Shotwell remains optimistic.

"I believe we will be flying large numbers of people on Starship in five years," she said, referring to Starship's other main purpose: flying passengers from one side of Earth to the other as part of a massive long-haul transportation network, a concept SpaceX first revealed during a 2017 announcement.

The COO even promised that Starship will be ready to send the first-ever astronauts to Mars "before 2030," even earlier than previously expected. "It might end up taking that long, but I hope not."

Shotwell argued that the point-to-point transportation flights could give SpaceX enough insights to make it to the Red Planet.

"You’re flying enough where you hopefully have enough knowledge of the system and knowledge of risk that you can definitely start the journey to Mars within the next five years," she said.

It's easy to throw out numbers when it comes to SpaceX's characteristically aggressive timelines, of course. Actually sticking to them is an entirely different challenge.

And Shotwell is aware of that, pointing out at the event that the company's timelines are "aspirational. But you have to aim high."

More on SpaceX: Watch This Breathtaking Time-Lapse Taken From Inside a SpaceX Crew Dragon

Martian Oases
Scientist Proposes Growing a Forest Inside a Bubble on Mars
Dec 3
Read More
Big Impact
Meteorite Hit Mars So Hard NASA Thought It Was a Quake
Oct 28
Read More
Makeover Scene
Space Tourist Says He's Thinking About Flying SpaceX Craft Up to Fix Hubble
Sep 29
Read More
+Social+Newsletter
TopicsAbout UsContact Us
Copyright ©, Camden Media Inc All Rights Reserved. See our User Agreement, Privacy Policy and Data Use Policy. The material on this site may not be reproduced, distributed, transmitted, cached or otherwise used, except with prior written permission of Futurism. Articles may contain affiliate links which enable us to share in the revenue of any purchases made.
Fonts by Typekit and Monotype.