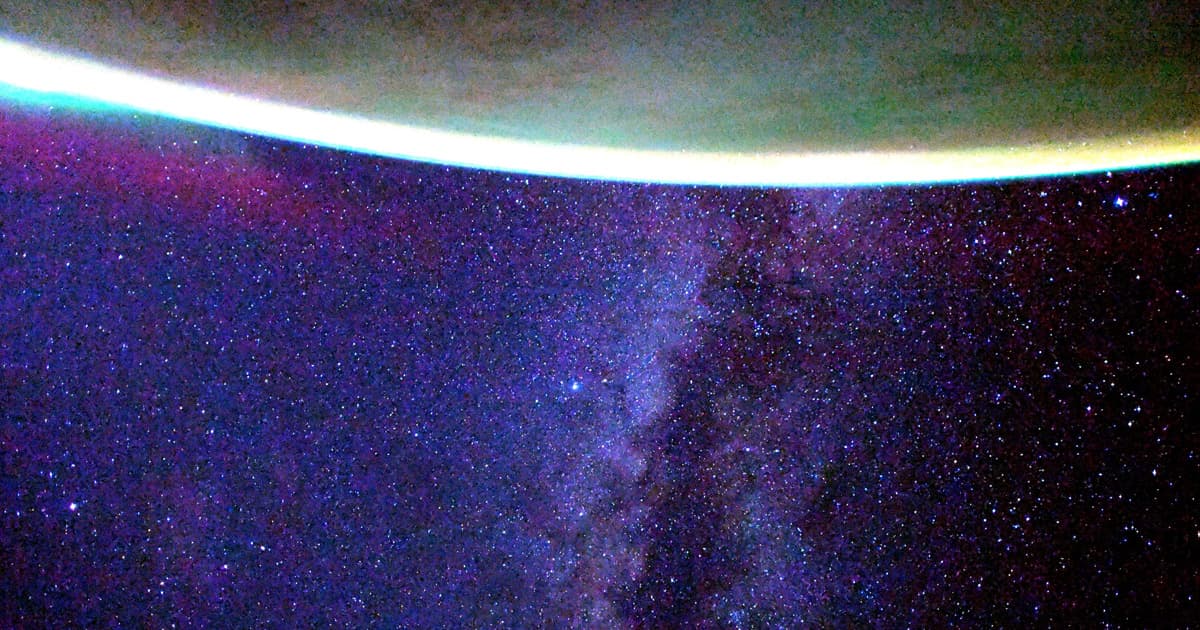 "I didn’t think the views could get any better."

"I didn’t think the views could get any better."

The stunning time lapse was taken from inside SpaceX's Crew Dragon capsule nicknamed Resilience, which will soon be joined by a second capsule on April 22 — a beautiful 15-second clip of a view of planet Earth that only a select few will ever be able to enjoy in person.

I didn’t think the views could get any better, then my crewmate @Astro_Soichi took this night timelapse from Resilience and I was blown away. pic.twitter.com/2aKD9bgzJ4

Earlier this month, four of the ten ISS crew members squeezed inside Resilience to take it for a ride around the space station to make room for the second Crew Dragon craft, dubbed Endeavour.

Resilience moved to international docking adapter 3 (IDA-3), which was installed on the zenith, or space-facing, port of the space station's Harmony module back in 2019.

It's unclear whether the time lapse was taken from the space-facing IDA-3 port or the "forward"-facing IDA-2 port, Resilience's previous parking spot.

Since arriving at the station on November 15 on board a Crew Dragon capsule — SpaceX's second crewed mission involving the spacecraft — Noguchi has taken the time to post numerous breathtaking views of planet Earth on his Twitter account.

Duck and Roll
Russia Forced to Dodge Space Debris From When It Blew Up Satellite
Jun 17
Read More
Free Speech Champion Elon Musk Fires Employees for Criticizing Him
Jun 17
Read More
Ice Ice Baby
Check Out This Moon-Shaped Ice Crystal on the Space Station's Window
May 26
Read More
+Social+Newsletter
TopicsAbout UsContact Us
Copyright ©, Camden Media Inc All Rights Reserved. See our User Agreement, Privacy Policy and Data Use Policy. The material on this site may not be reproduced, distributed, transmitted, cached or otherwise used, except with prior written permission of Futurism. Fonts by Typekit and Monotype.