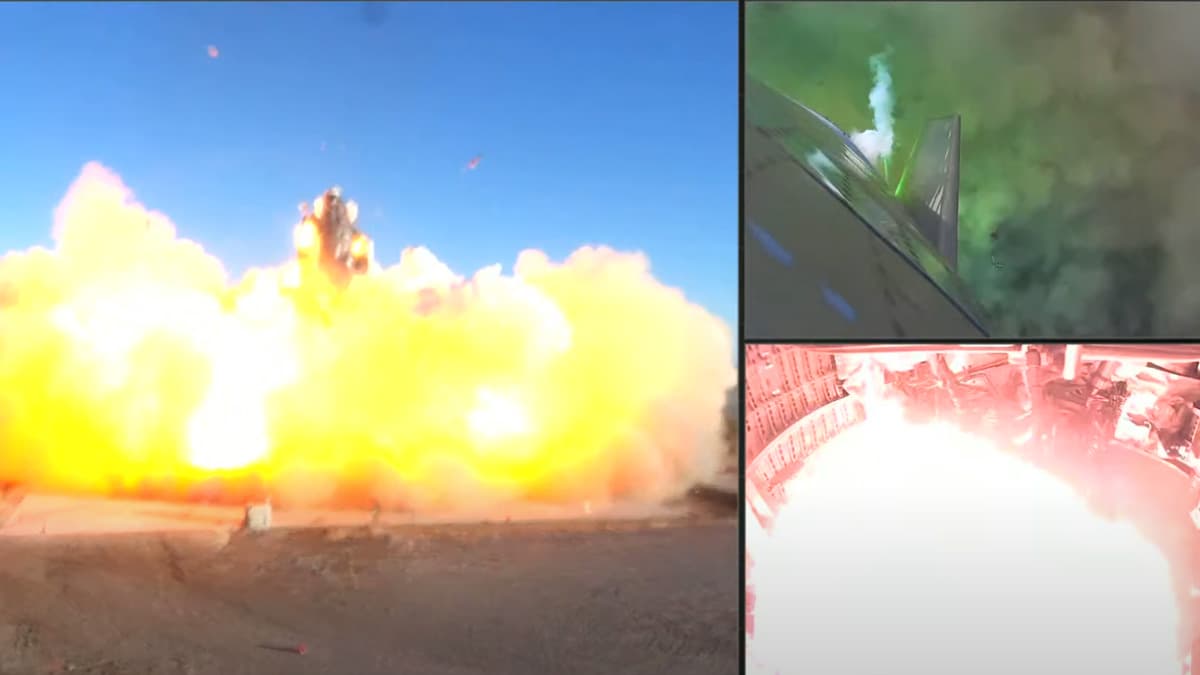 SpaceX successfully launched its SN8 Starship prototype at around 4:45 pm CST to an altitude of roughly 40,000 feet at its Boca Chica, Texas test facility.

It's the most ambitious launch of the space company's Mars rocket to date, but not all went according to plan.

Most of the flight appeared to be successful — but the towering prototype appeared to come down hard, exploding in a gigantic fireball at the moment it impacted the ground.

The spectacular event saw the towering 165-foot stainless steel rocket ignite its three Raptor engines to launch itself into the air. One of its three massive Raptor engines appeared to extinguish toward the craft's apogee. Roughly a minute later, another Raptor engine gave out. It's still unclear whether either was intentional.

A previous attempt on Tuesday had to be aborted at the very last second.

SN8, the first fully kitted Starship that includes nose cone and aerodynamic flaps, performed a maneuver dubbed the "belly flop," shifting on to its side to slow its descent back to the surface.

It was an incredible sight to behold. The prototype seemed to hover in place as it used its "belly" to slow its descent.

Side thrusters allowed it to right itself again for a soft landing. Even though it recovered to a near-horizontal position and slowed considerably, though, the impact with the ground looked harder than intended and two internal cameras gave out as an external view showed a sizeable explosion. Wreckage of the craft's nosecone could be seen afterward.

The Elon Musk-led company has big plans for the massive spacecraft. Starship is designed from the ground up to establish permanent habitats on other planets including the Moon and Mars.