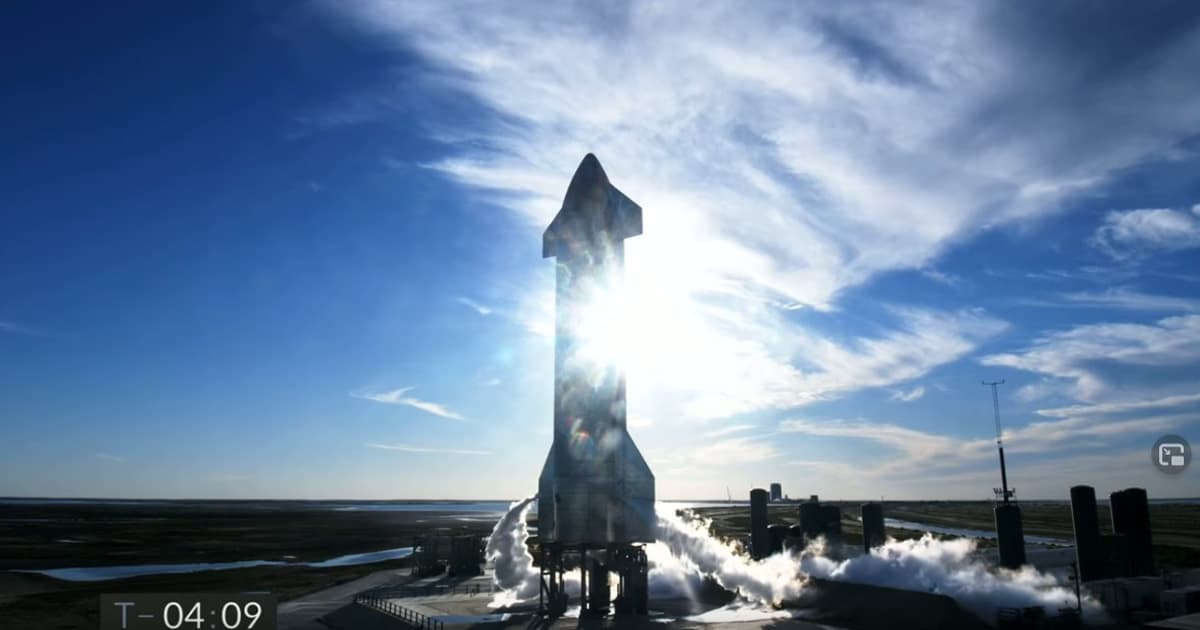 That could've been epic.

That could've been epic.

After many months of delays, SpaceX finally got ready for its first-ever high-altitude test flight of its gigantic Starship rocket.

At around 4:35 pm local time, the 165-foot behemoth fired up its three massive Raptor engines at the space company’s test facilities in Boca Chica, Texas — but it wasn’t meant to be. The engines flared up in puffs of white smoke, but stopped short of igniting.

Looks nice on the pad, at least. pic.twitter.com/9AXSVHIDFE

In fact, only 1.3 seconds remained on the countdown timer.

SpaceX plans for the rocket to soar to about 40,000 feet, lean on to its belly midflight and use its side to slow its descent, a maneuver dubbed the “belly flop.”

“Good news is that SpaceX also has a road closure scheduled for Wednesday,” senior space editor at Ars Technica Eric Berger wrote in a tweet. “Weather looks equally good tomorrow if the issue that spurred the engine abort can be addressed.”

It could become the first time a fully kitted out Starship has taken to the skies, including nose cone and aerodynamic flaps.

The Elon Musk-led company has incredibly ambitious plans for the rocket. With the aid of a massive Super Heavy booster, the rocket is designed from the ground up to establish permanent habitats on other planets including the Moon and Mars.

It’s also designed to hoist up 100 tons of cargo or 100 passengers to the Moon or another planet.

SpaceX will also have to figure out how to refuel the rocket in Earth’s orbit in order to make these long journeys. The company has already signed a contract with NASA to do just that.

The company is also under contract with the space agency to establish a lunar lander variant of the Starship to allow American astronauts to return to the Moon’s surface as soon as 2024.