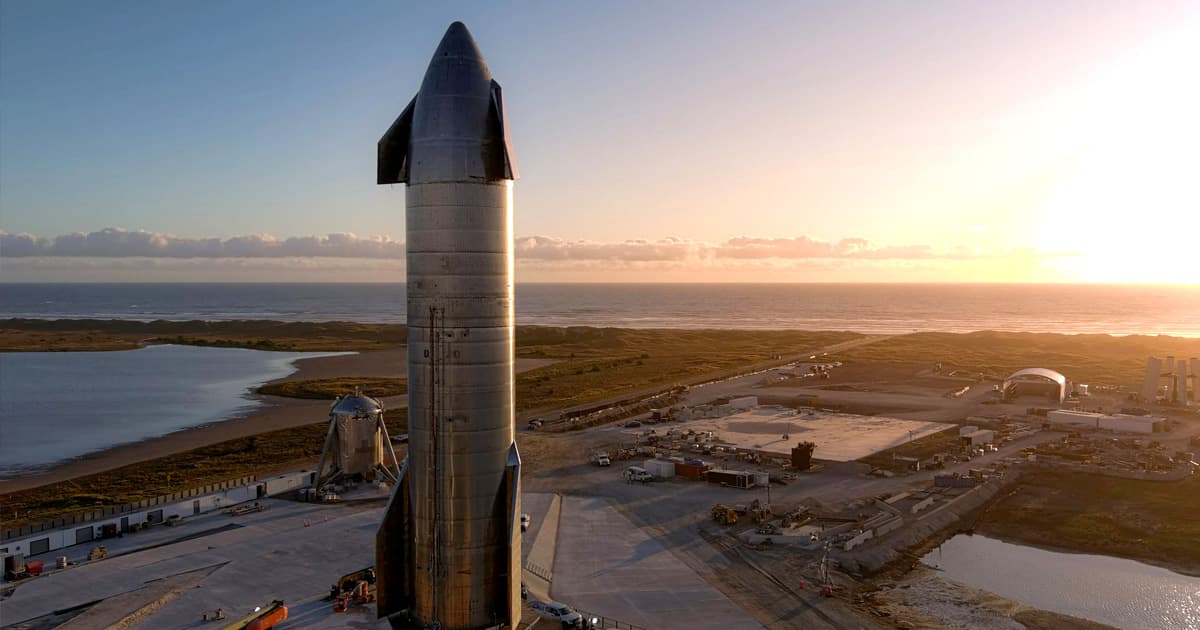 Will They Pull It Off

It's gonna be one hell of a launch.

It's gonna be one hell of a launch.

Out on the Pad

After numerous delays, SpaceX's Starship prototype SN8 is finally on the launch pad, where engineers are preparing the massive spacecraft for its first-ever high-altitude test flight.

Out on the pad in South Texas pic.twitter.com/RcYOXXpTc2

Fortunately, SpaceX will be streaming the event live on YouTube — though it's still unclear when the actual launch will take place.

So far, SpaceX has launched previous prototypes to only 150 meters (roughly 500 feet) on two occasions. Starship prototypes SN5 and SN6 pulled off the feat in August and September respectively.

If today's flight goes according to plan, we'll see the 165 foot SN8 rocket fire up its three Raptor engines to reach an altitude of just under eight miles, according to the latest filings with the Federal Aviation Administration.

After reaching its apogee, the rocket will plummet back down to Earth using its "belly" to slow its descent. Once close to the ground, it will right itself and fire its thrusters for a smooth landing.

Rolling Coal
Space Travel Will Absolutely Gut the Environment, Scientists Warn
Jun 29
Read More
Free Speech Champion Elon Musk Fires Employees for Criticizing Him
Jun 17
Read More
Uh Oh
Something Very Bad Might Be About to Go Down at NASA
Jun 8
Read More
+Social+Newsletter
TopicsAbout UsContact Us
Copyright ©, Camden Media Inc All Rights Reserved. See our User Agreement, Privacy Policy and Data Use Policy. The material on this site may not be reproduced, distributed, transmitted, cached or otherwise used, except with prior written permission of Futurism. Fonts by Typekit and Monotype.