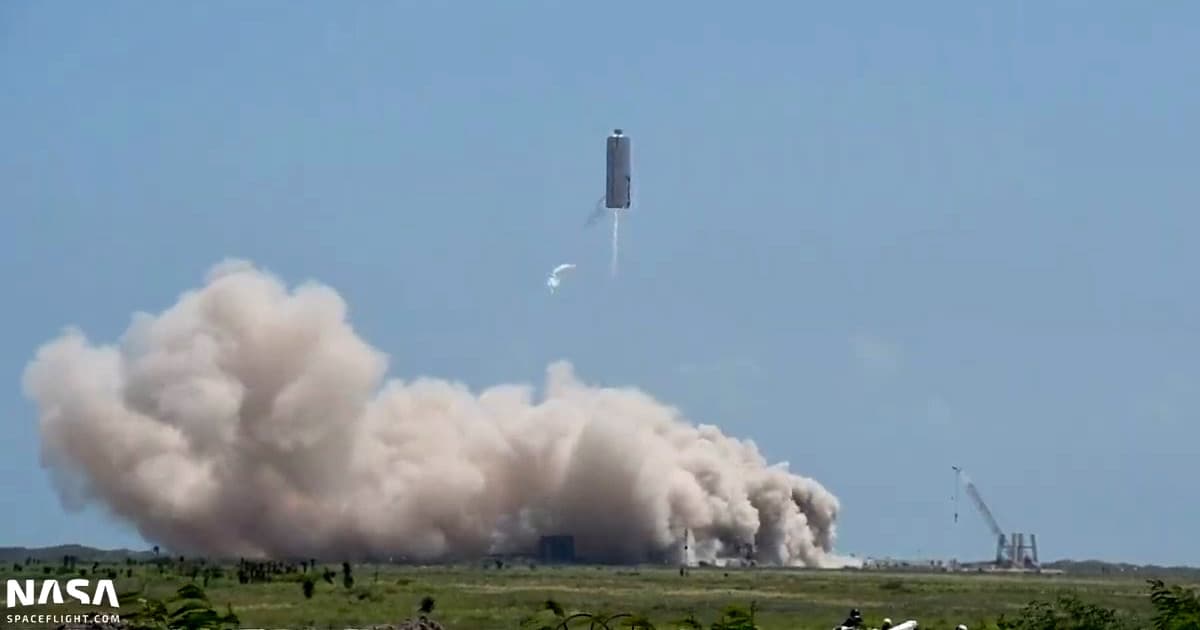 SpaceX has done it again.

The sixth full-scale prototype of its massive Starship spacecraft has "hopped" to 150 meters (492 feet) during a test at the company's test site in Boca Chica, Texas today.

Under the power of Raptor SN29, SN6 has completed a near-mirror test of SN5's hop!

It's the experimental space vehicle's second hop: on August 4, SpaceX pulled off a similar feat with its SN5 Starship prototype.

Just like last time, it was quite the sight. Like a gigantic water tower, the massive stainless steel structure rose out of a huge plume of smoke before gently returning back to the ground.

This time, SN6 appeared to be at a bit of an angle post landing.

"She's leaning a bit, but they'll take that," Chris Bergin, NASASpaceFlight's managing editor, wrote in a tweet. "Probably a leg, but no big deal. The up and down part is what counts."