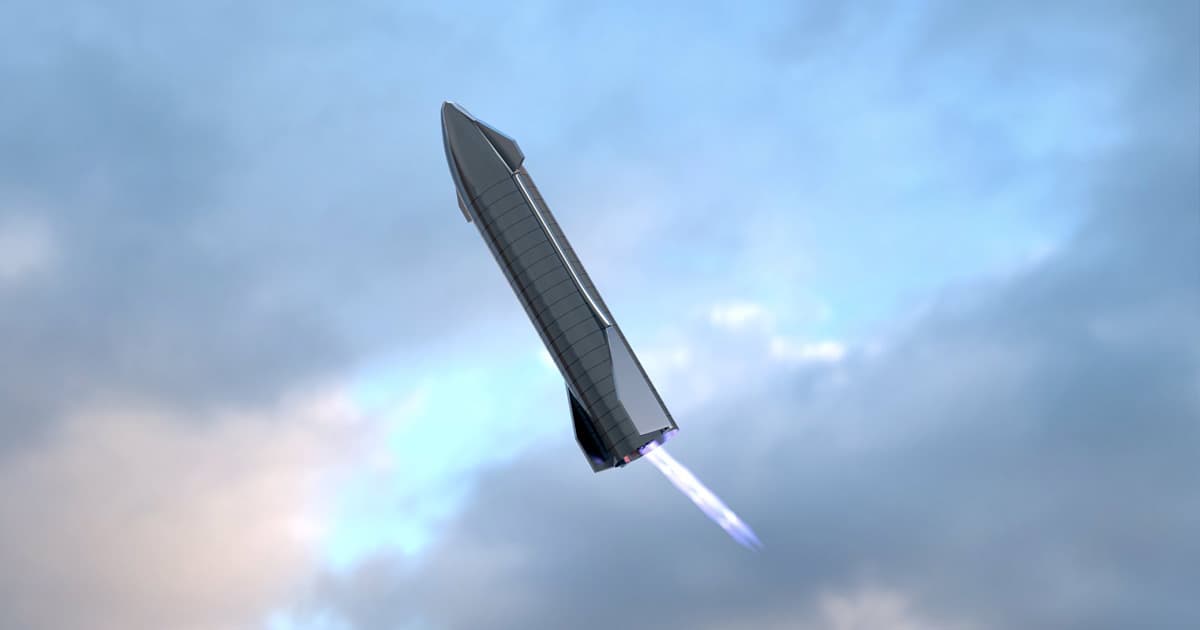 "One way or another, excitement guaranteed!"

"One way or another, excitement guaranteed!"

According to SpaceX CEO Elon Musk, the space company's latest full-scale Starship prototype, dubbed SN8, will soon attempt to fly to 60,000 feet — about twice the altitude of a commercial airliner.

Musk made the claim in a Saturday tweet, adding that SN8's "flaps & nosecone" could be "done in about a week."

It would be a significant step over the last successful hop of the prototype's predecessors. SpaceX has pulled off two successful "hops" to 150 meters (about 500 feet) so far, the first with its SN5 prototype on August 4 and the second with SN6 on September 3.

Both SN5 and SN6 featured a single Raptor engine, but SN8 will use three, as NASASpaceflight reports.

But hopping 12 miles high will only happen if SN8 can complete a litany of tests, including multiple static fires and checkouts, Musk said .

During such a flight, experts believe SN8 will perform an unusual "belly-flop" maneuver once it begins to fall out of the sky, using its new aerodynamic surfaces to slow its descent in a horizontal position. Once it gets closer to the ground, it will turn itself upright again and use its three Raptors to slow it down even further.

Space enthusiasts took the liberty of rendering a video of such a maneuver:

"If this works, it’ll be the craziest piece of rocket gymnastics since landing Falcon 9," Principal Mars Landing Engineer for SpaceX Lars Blackmore added in a tweet.

Failure or not, Musk is excited for the upcoming flight. "One way or another, excitement guaranteed!" Musk wrote in a followup tweet.