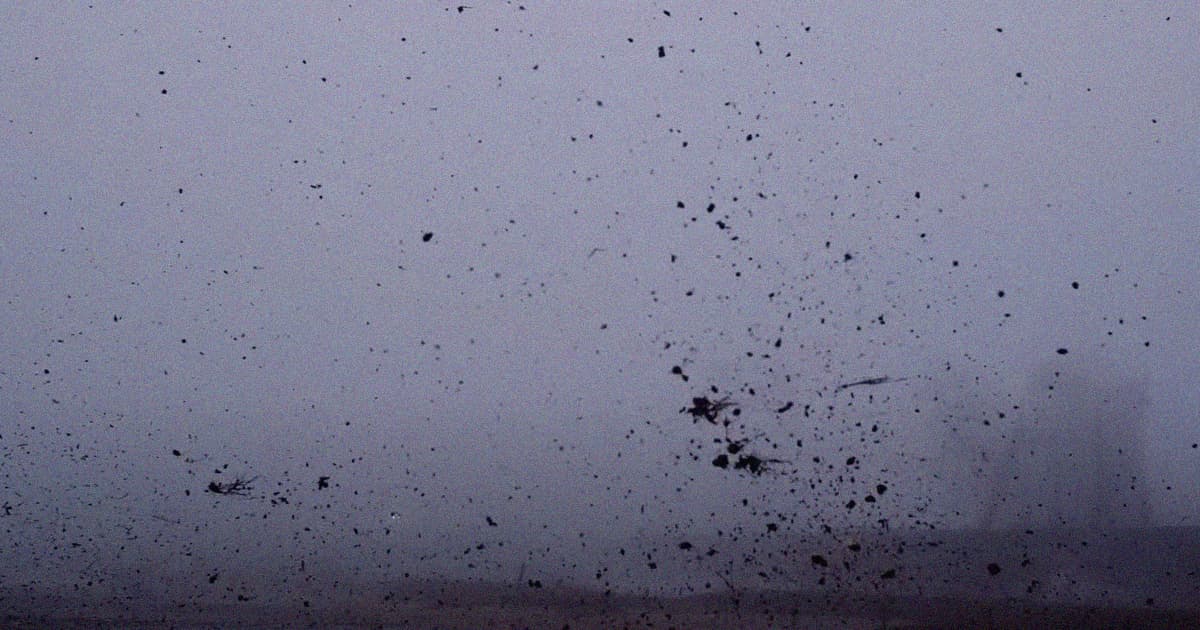 Starship Exploding in the Fog Looks Amazing in Slow Motion

On March 30, SpaceX's Starship SN11 prototype blew up in a massive cloud of orange light — a side effect of the space company having launched the full-scale spacecraft inside a thick layer of dense fog.

Livestreams of the event didn't catch much of the explosion, except for massive pieces of debris raining down from the skies, wreaking havoc with the remotely controlled cameras set up by onlookers.

Now, an epic short uploaded to YouTube by channel Cosmic Perspective give us the best views to date of SN11's demise:

The video, accompanied by amazing audio picked up by a special four-way omni-directional microphone, shows massive pieces of the rocket tumbling down, captured in luxurious slow motion.

The detailed, slowed down footage shows individual sprays of dirt being kicked up by the rain of metal shrapnel.

So what caused it to blow up? This video provides no new clues, but SpaceX CEO Elon Musk later suggested that SN11 exploded due to a methane leak prior to reignition.

But SN15, the next Starship prototype to make a flight attempt, is right around the corner, featuring "hundreds of design improvements across structures, avionics, software and engine," according to Musk.

While it's fun watching a massive explosion unfold in slow motion, perhaps it's time we get to watch a prototype land successfully. In the end, SpaceX still wants Starship to go orbital by the end of the year — and flight testing for the spacecraft's equally massive Super Heavy booster hasn't even begun yet.