"We had another exciting test flight." 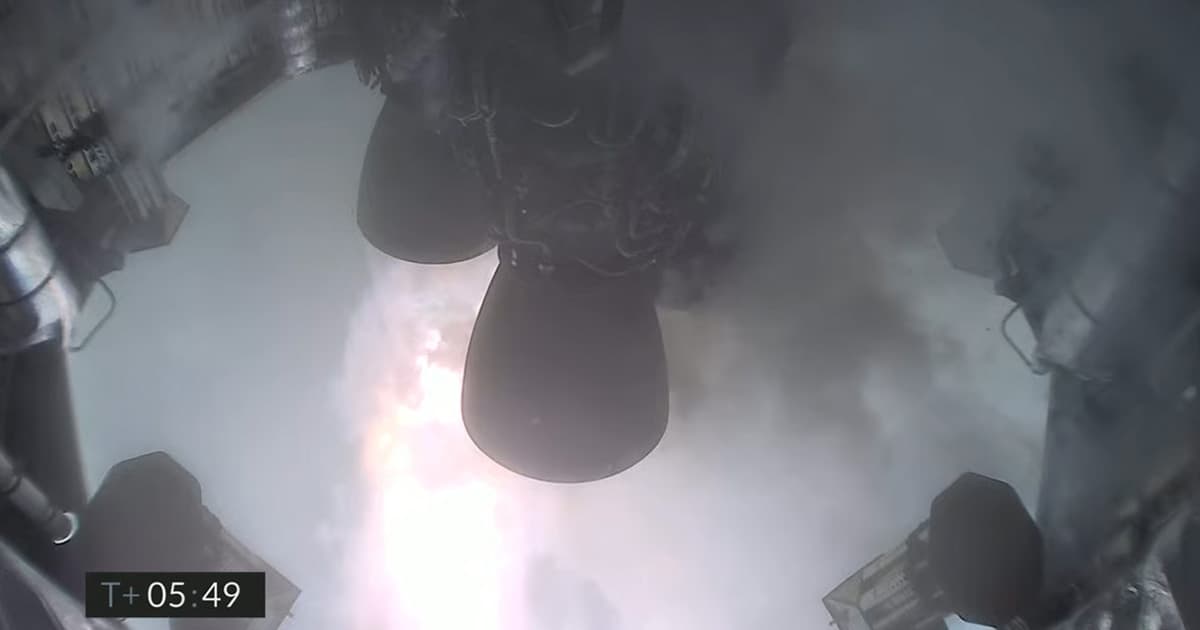 SpaceX launched its latest full-scale Starship prototype to a height of ten kilometers this morning — but we couldn't see very much this time around.

This time, we only heard the explosion that rocked the launch site. The sky lit up in orange hues, suggesting at what we could've seen if it wasn't for the heavy fog blanketing the the space company's Boca Chica, Texas, launch site.

It's another worrying chapter in SpaceX's ongoing attempts to develop a spacecraft designed to establish a permanent human presence on Mars within the next 20 years.

The massive prototype, dubbed SN11, rocketed into the sky climbing out of some extremely heavy fog around 8 am local time.

Onlookers were puzzled by the launch, considering the less than favorable weather conditions. Once it got some altitude, thanks to the side mounted cameras, we got some dramatic footage of the early morning light hitting the cloud cover and the rocket's plume below.

The first Raptor engine shut off around two and a half minutes into launch, just as planned — but then cameras started dropping out, blacking out SpaceX's live stream.

Beautiful morning-lit footage showed the prototype adjusting its aerodynamic wings to position itself into a belly flop position to slow its descent.

But it wasn't meant to be.

SN11 appeared to have hit the ground hard, with SpaceX calling it "another exciting flight of Starship 11." The official stream froze and stayed frozen for the remainder of the flight.

Microphones from NASASpaceflight's unofficial livestream recorded the sound of giant pieces of debris hitting the ground nearby. Several smaller explosions could be heard in the background.

"Something hit the camera," one of NASASpaceflight's commentators said, suggesting that the solar panels they set up likely didn't survive the rain of debris. "Something physically impacted the tripod. The entire camera got dunked, basically."

"Starship is not coming back," SpaceX's commentator and aerospace engineer John Insprucker said on the official stream, telling viewers not to except footage to pop back in.

Final view of SN11 in the air:

The dramatic failure of SN11 represents the latest in a series of large scale explosions, so forceful the Federal Aviation Administration has started investigating safety measures surrounding the launches.

In fact, today's launch had to be delayed by a day because "FAA inspector unable to reach Starbase in time for launch" on Monday, according to SpaceX CEO Elon Musk.

"Given the crazy high cadence of SpaceX Starship launches, you'd think the FAA would have an inspector down there permanently at this point," Washington Post reporter Christian Davenport wrote in a tweet.

Musk agreed. "That would be great, or possibly via video with full access to telemetry."